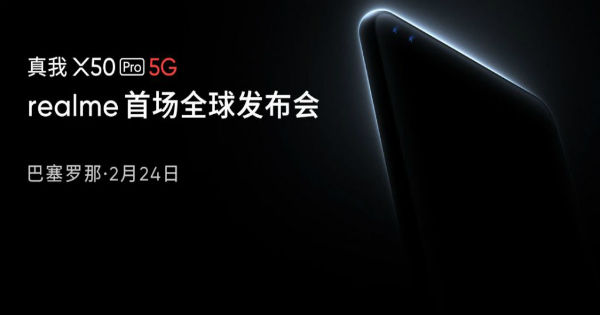 Realme X50 Pro 5G will be unveiled at the upcoming MWC 2020 event in Barcelona on February 24th. The company’s VP had confirmed some key specifications of the device through a screenshot of the ‘about the device’ page. Now, Realme has published a new teaser, which shows off the dual-punch hole design placed on the top-left corner, similar to the Realme X50 5G that was launched in China back in January. Unfortunately, the promotional image doesn’t reveal not much else about the Realme X50 Pro 5G just yet.

According to the screenshot posted by Realme China VP, the Realme X50 Pro 5G will have a model number RMX2071 and will be powered by the Snapdragon 865 SoC paired with 12GB RAM and 256GB internal storage. It is confirmed to run on Android 10 with Realme UI 1.0 custom skin on top and have NFC connectivity. While it isn’t confirmed, the Realme X50 Pro 5G could come with a 64MP Sony IMX686 primary sensor, accompanied by an ultra-wide-angle lens, a telephoto lens and a macro sensor. It could come with support for wireless charging and 50W fast wired charging. 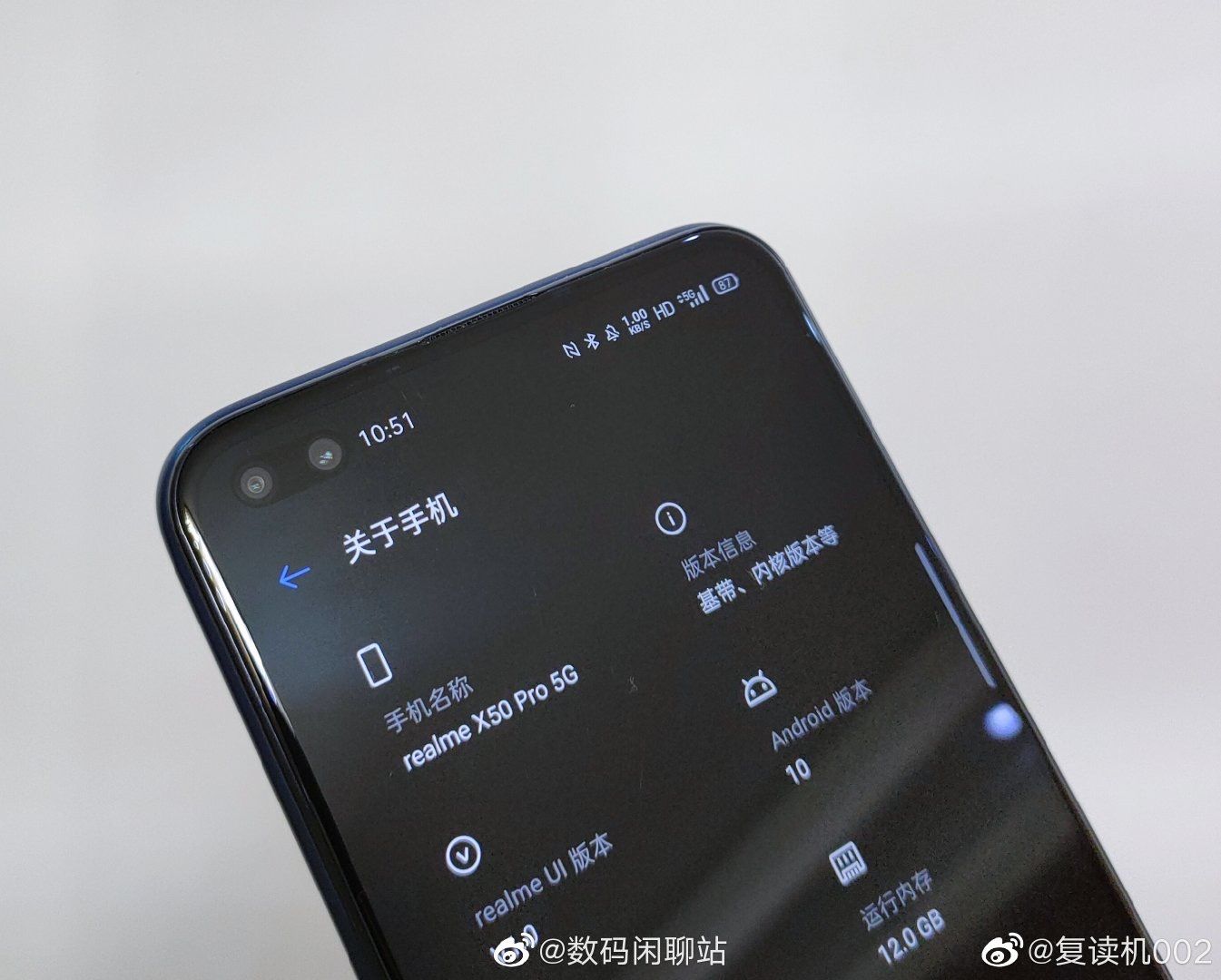 However, we’re yet to learn details regarding the Realme X50 Pro 5G’s display size, battery capacity and other features. A recent AnTuTu Benchmark leak revealed a massive score of 574,985. Realme X50 Pro is set to be a fast and powerful flagship smartphone that will look to take on the likes of OnePlus, OPPO’s Reno series and Samsung in the high-end segment.