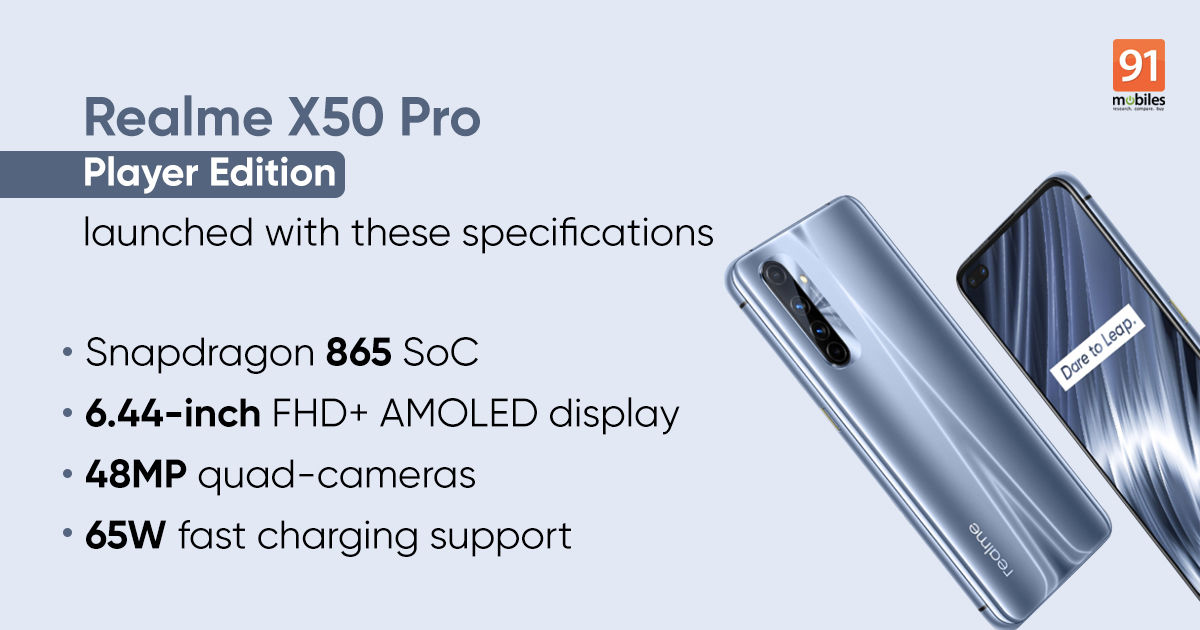 Realme X50 Pro Player Edition has been launched in China with the same core specs and design as the original Realme X50 Pro. The handset is powered by Qualcomm Snapdragon 865 5G SoC and sports a Super AMOLED display with dual punch-hole. The phone houses a beefy 4,200mAh battery, which supports the ultra-fast 65W SuperDart fast wired charging technology and runs Realme UI atop Android 10 out of the box. The quad rear cameras of the Realme X50 Pro Player Edition, however, have been downgraded to 48MP from 64MP, while the front camera sports 16MP primary shooter with 2MP depth sensor instead of 32MP + 2MP setup.