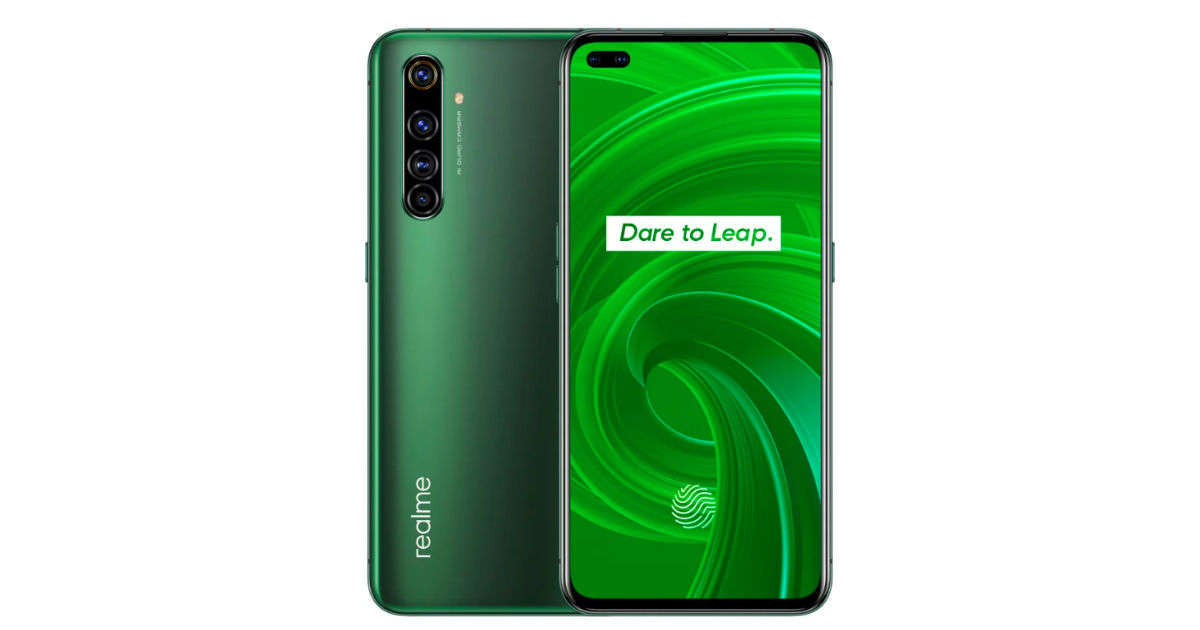 Realme X50 Pro Player Edition will be launching in China on May 25th alongside other products. It is expected to arrive as a gaming-centric smartphone and new teaser images confirm features like VC liquid cooling tech, HyperBoost Gaming mode with Frame Boost and Touch Boost, and a new Tactile Engine vibrating motor. Earlier posters confirmed the Realme X50 Pro Player would ship with Snapdragon 865 SoC, LPDDR5 RAM and UFS 3.1 storage. These specifications have now been listed on Geekbench benchmark site ahead of the phone’s launch next week. The Realme X50 Pro Player Edition with model number RMX2072 has appeared on Geekbench V4.4.0 benchmark platform. The handset has managed to score 4,309 in single-core and 12,820 in multi-core tests, respectively, which are in line with what one expects from a Snapdragon 865-powered phone. The listing reveals the Realme X50 Pro Player Edition will have 12GB RAM and run Android 10 OS. The motherboard placeholder has ‘kona’ codename mentioned, which is associated with the Snapdragon 865 SoC. 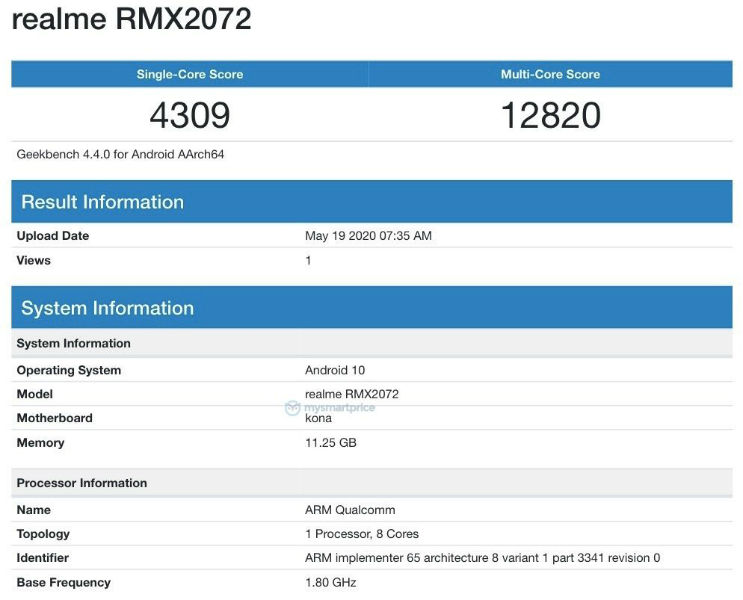 Realme X50 Pro Player Edition was also recently spotted on TENAA with specifications like a 6.44-inch full-HD+ display. The handset may launch in 6GB, 8GB, and 12GB RAM and 128GB, 256GB, and 512GB storage options. The phone will feature a quad camera setup at the back that includes a 48MP primary sensor, dual 2MP lenses and an 8MP wide-angle lens. It is said to have 16MP + 2MP dual selfie cameras in the pill-shaped punch-hole cutout on the front.