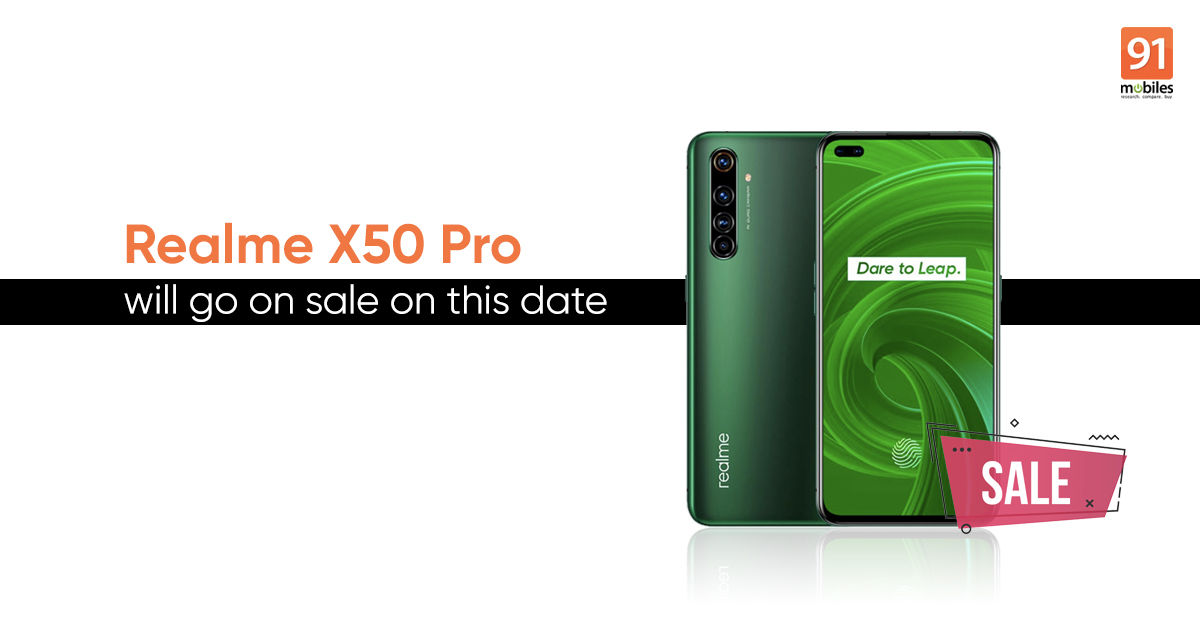 Realme X50 Pro (review) will go on sale in India once again starting July 13th, the company has announced. Due to logistical issues, the Realme X50 Pro was unavailable for purchase in India for a while, but you can buy the flagship smartphone on Monday at 12pm IST on Flipkart and realme.com. Interestingly, Realme has increased the Realme X50 Pro prices in India for all variants by up to Rs 3,000, making it more expensive than before. The X50 Pro, to recall, was launched earlier this year as India’s first smartphone with the Snapdragon 865 SoC and 5G connectivity.

The phone has a few competitors at the price point. It goes up against the likes of OnePlus 8 (review), which also touts the Snapdragon 865 SoC and 90Hz AMOLED display, but has triple rear cameras instead of quad cameras and a slower 30W fast charging support as opposed to 65W fast charging on the Realme phone. Then there is the iQOO 3 (review), which is a gaming-centric smartphone. It’s the most affordable Snapdragon 865 SoC-powered phone in India right now with a starting price of Rs 34,990. Though iQOO 3 is a worthy option going by specs sheet, it lacks a high screen refresh rate.

For those unaware, the Realme X50 Pro runs Android 10-based Realme UI out of the box. It is expected to be the first Realme smartphone to get updated to Android 11 in the future. The handset sports a 6.44-inch full-HD+ (2400×1080 pixels) Super AMOLED display with dual punch-hole for selfie cameras, 90Hz refresh rate, HDR 10+, and in-display fingerprint scanner. The handset rocks Snapdragon 865 SoC coupled with up to 12GB LPDDR5 RAM and 256GB storage onboard. It’s driven by a 4,200mAh battery with an impressive 65W SuperDart fast charging technology over USB Type-C port.