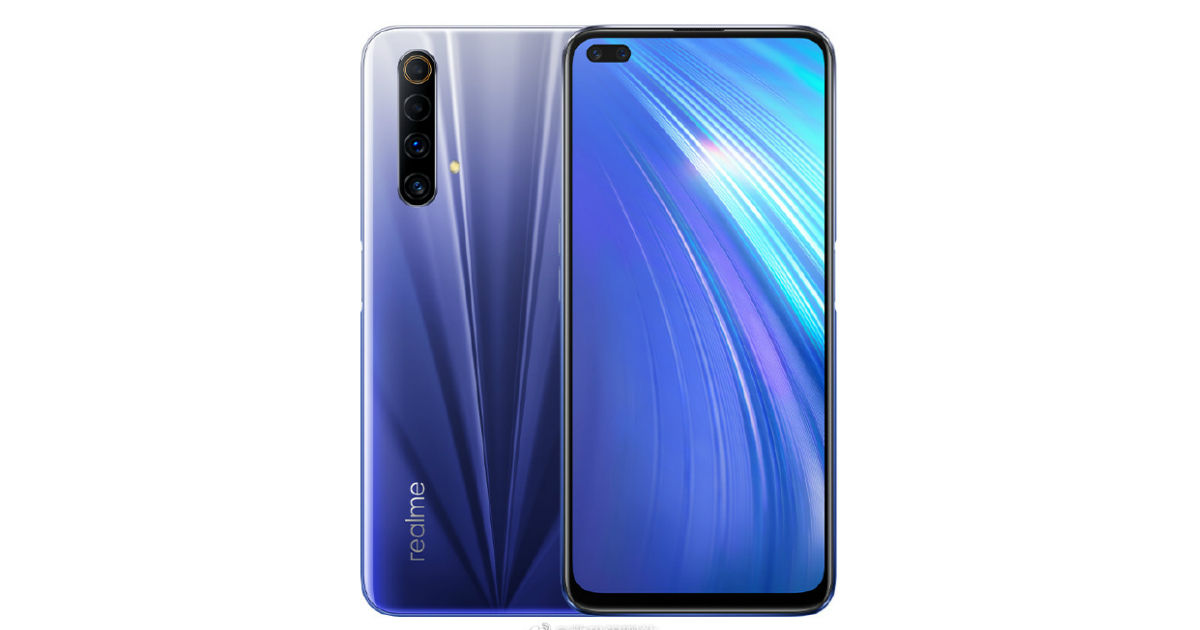 Realme X50t will likely be the next addition to the company’s X50 series and the launch may be around the corner. The handset was recently spotted on Google Play supported device list with model number RMX2052. Now, noted tipster DigitalChatStation on Weibo revealed more details about the upcoming Realme X50t, including its dimensions, chipset, cameras and fast charging support. Based on the tipster’s information, the Realme X50t specifications are more or less similar to the Realme X50 and may also retain the same design as well. 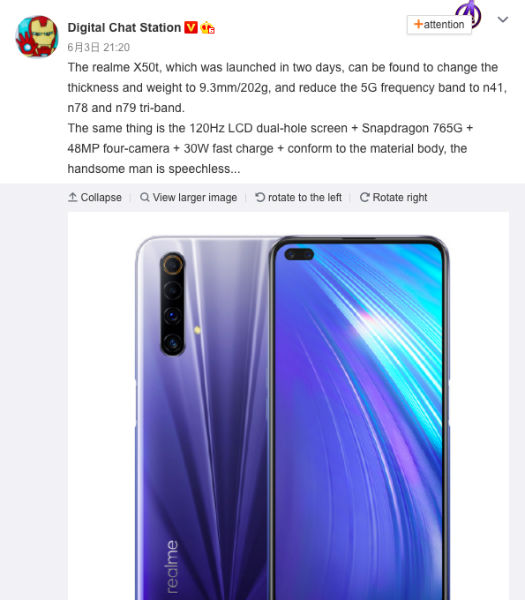 The Realme X50t is said to come with an LCD display and 120Hz refresh rate with a dual-punch-hole cutout for the selfie cameras. It is tipped to be powered by the Snapdragon 765G SoC, same as the original Realme X50. As for the optics, it will have a 48MP quad-camera setup at the back, but details regarding the other sensors have not been revealed yet. The Realme X50t will also ship with 30W fast charge support. It is said to measure 9.3mm and weigh 202 grams.