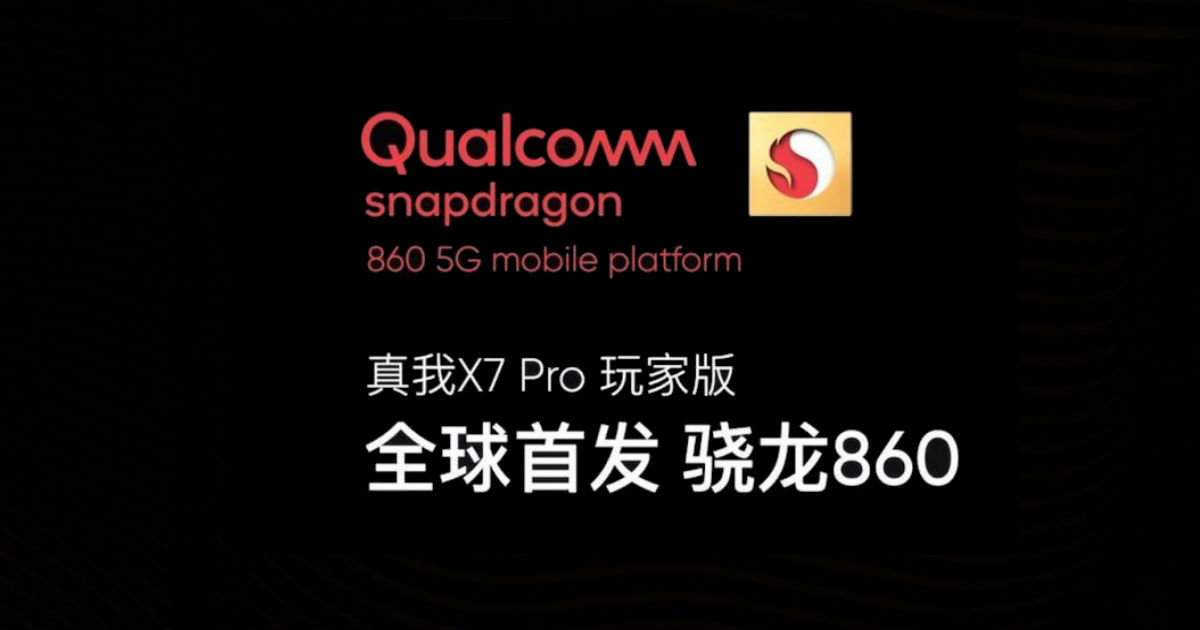 Realme X7 series is set to launch in China on September 1st and it seems there will be a total of three models in the lineup – Realme X7, Realme X7 Pro, and Realme X7 Pro Player Edition. The former two models have appeared on Geekbench revealing they will be powered by the MediaTek Dimensity 1000+ and Dimensity 800U chipsets. It now seems that the Realme X7 Pro Player Edition will feature the unannounced Qualcomm Snapdragon 860 SoC, according to a leaked poster being circulated on the internet. 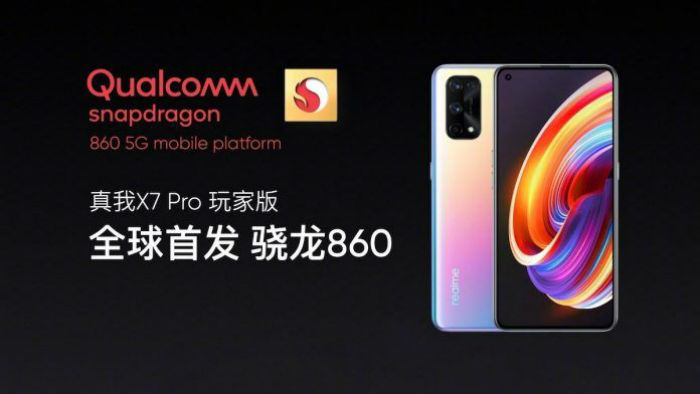 Unfortunately, not much else is known about the Realme X7 Pro Player Edition. Apart from the chipset, it may differ from the Realme X7 and X7 Pro in other aspects as well, which the company may tease in the days leading up to the launch event on September 1st.

Meanwhile, the Realme X7 Pro was recently spotted listed on a Chinese e-retailer website with renders and key features. The phone will come with a 120Hz AMOLED display, punch-hole screen, and in gradient colours. The Realme X7 Pro will also sport a 64MP quad-camera setup and an in-display fingerprint sensor.