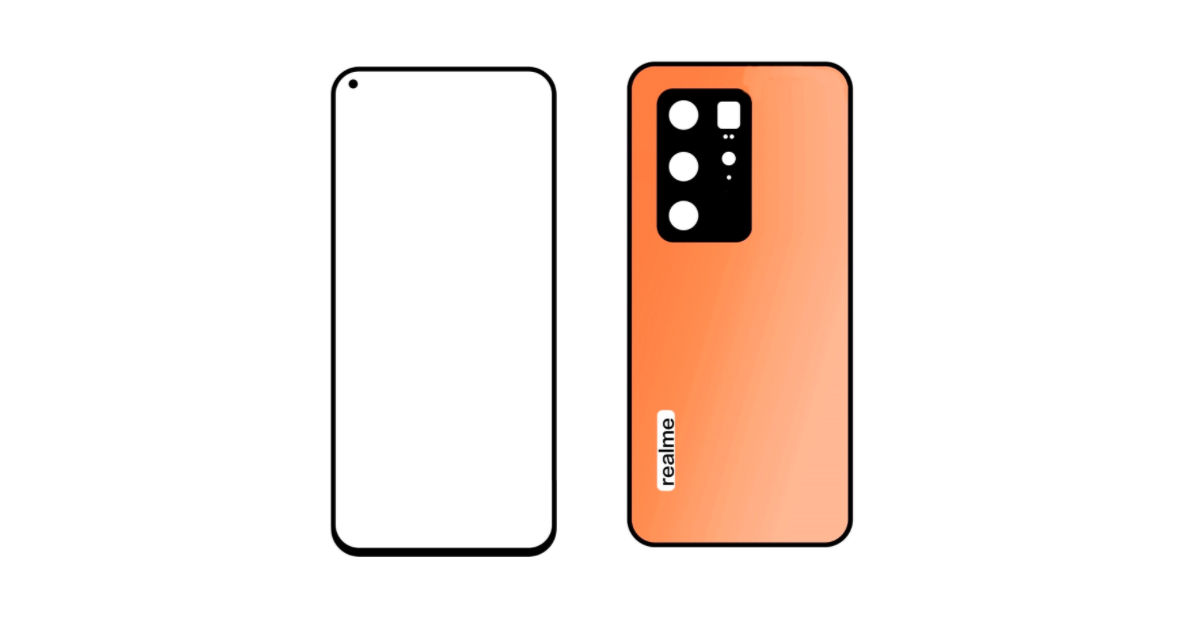 Realme X7 and X7 Pro phones are scheduled to launch on September 1st in China and the company has already revealed they would pack an AMOLED display, 120Hz refresh rate, and 5G connectivity. Both the handsets are expected to be budget flagships from the company and are confirmed to sport a brand new design language. Now, ahead of the announcement, the complete Realme X7 Pro specifications have leaked online, courtesy of Weibo tipster Digital Chat Station, giving us a clear idea of what’s coming. Separately, another leak has revealed the Realme X7 Pro Ultra specifications, showing it may be the first smartphone in the world to come with 125W fast-charging tech. 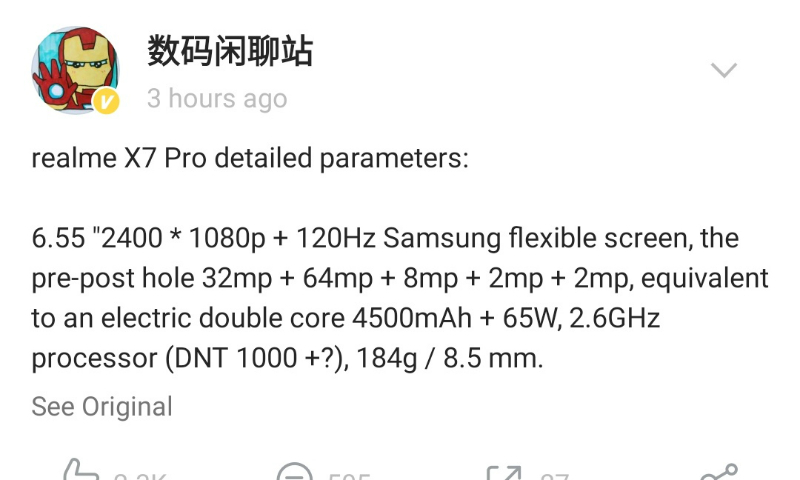 According to the leaked specifications, Realme X7 Pro has a 6.55-inch display with a Samsung panel, 2,400 X 1,080 pixels resolution, 120Hz refresh rate, and a punch-hole cutout to accommodate the 32MP selfie snapper. The leakster says that the phone will be powered by a 2.6GHz processor, which he speculates to be the MediaTek Dimensity 1000+ SoC, though he isn’t certain of it. As for the optics, the Realme X7 Pro is said to pack a quad-camera setup with a 64MP primary sensor, an 8MP secondary lens, and a couple of 2MP sensors. A 4,500mAh battery with 65W fast charging is said to fuel the phone. It is tipped to weigh 184 grams and measure 8.5mm in thickness.

Separately, Realme also has X7 Pro Ultra in the works and key specifications of that phone have surfaced online as well, thanks to noted tipster Ice Universe. It is said to be powered by the Snapdragon 865+ SoC, have 120Hz Super AMOLED panel with a punch-hole in the top-left corner, and will be the first Realme phone to come with 125W fast-charging on board. Realme X7 Pro Ultra will have a 64MP primary camera in the rectangular module that also has three other sensors, including one that looks like a periscope lens, along with a LED flash. The phone is expected to pack a 32MP selfie snapper placed in the punch-hole cutout. A 4,500mAh battery is said to fuel the phone and boot Android 10 OS with Realme UI skin on top. The phone is said to weigh 175 grams.

That’s pretty much everything we know about the Realme X7 Pro and X7 Pro Ultra at the moment.

Realme X7 Pro 5G goes on sale in India, but should you buy it?