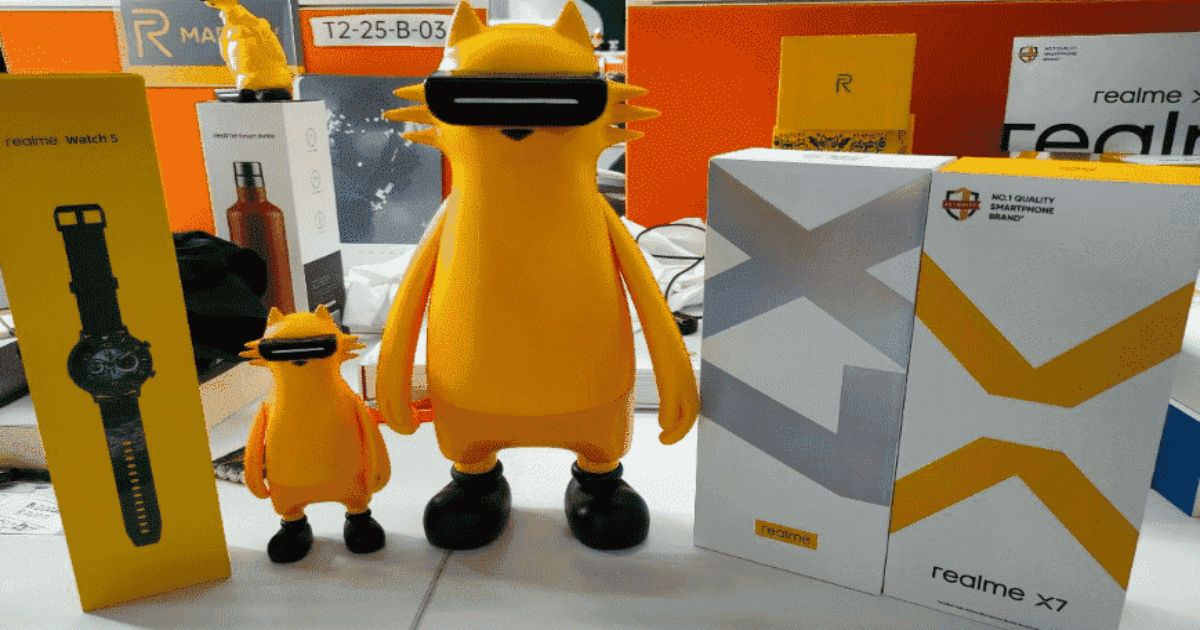 Realme X7 India launch is expected in early 2021, presumably in January, while the Realme Watch S series is set to release in the country on December 23rd. Now, ahead of the launch, the retail boxes of the Realme X7 and Realme Watch S have surfaced online on the Realme community along with what seems to be the ‘Realme Smart Bottle’. The image (shown above) seems to have been captured at Realme’s office and it suggests that the brand is ready to launch them soon. The image also shows Realme’s newly-announced mascot, called ‘Realmeow’.

Furthermore, Realme community user ‘Realmeow’, who leaked the image claims the box on the right could belong to the standard Realme X7, while the box with silver colour ‘X7’ text could belong to the Realme X7 Pro. While the box packages fail to reveal more details about the products, we already know a good deal about the Realme Watch S thanks to earlier teasers. Meanwhile, Realme X7 specifications are no mystery as the phone is already available in China.

While the box package of Realme Watch S Pro is nowhere to be seen in the image, it is also scheduled to launch on December 23rd in India. The smartwatch is confirmed to come with a metallic case, circular dial, and an AMOLED touchscreen display with ‘Always-on-Display’. While the standard Realme Watch S will have a touchscreen display that’s probably an LCD panel. The Realme Watch S series will be the last launch for the company in India in 2020 and the Realme X7 series may be the first major launch in 2021.