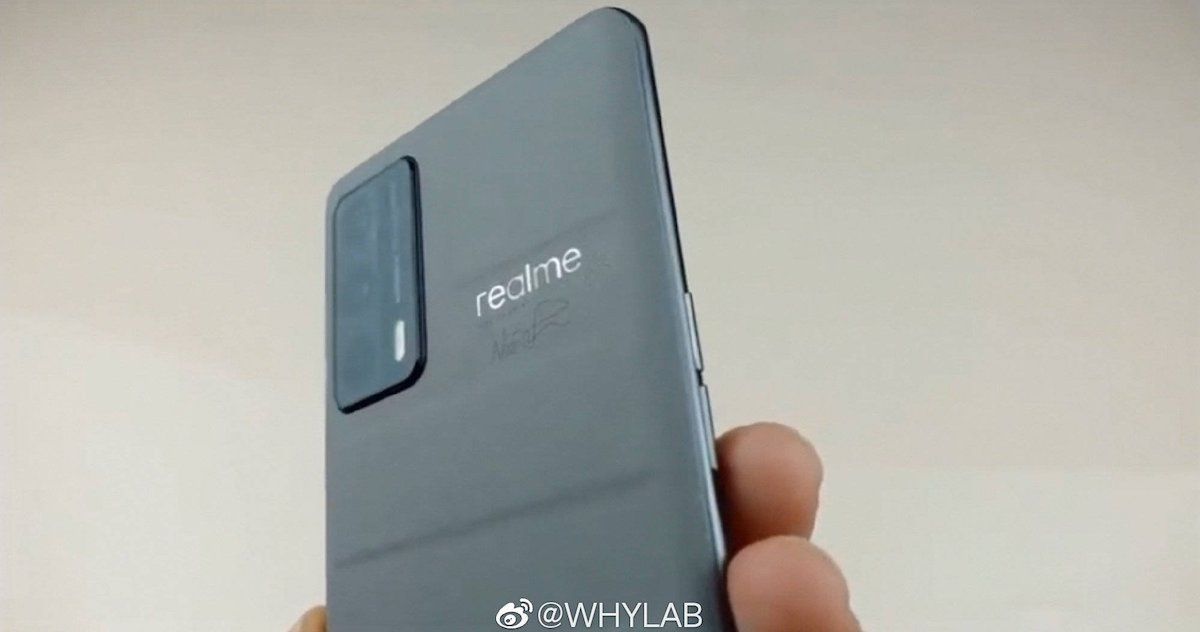 Realme X9 Pro specifications were tipped earlier this month and the phone is expected to launch as an imaging flagship. WHYLAB on Weibo tipped that the Realme X9 Pro specs will include the MediaTek Dimensity 1200 chipset, 90Hz FHD+ display, and 65W fast charging, among other things. Recently, a Realme phone with model RMX3116 was spotted on TENAA with images and key specs. WHYLABS later revealed that the Realme RMX3116 is the Realme X9 Pro and also leaked out live images of the Master Edition variant. The phone will come with a curved screen, a corner punch-hole camera, and more.

The TENAA images, spotted by tipster Mukul Sharma, show the Realme RMX3116 aka Realme X9 Pro with a dual-curved screen and corner punch-hole cutout. The power button is on the right while the volume keys are on the left side of the frame. The glossy and curved rear panel houses a rectangular camera module with either three or four camera sensors. We also see the ‘Dare to Leap’ branding inscribed across the back. The TENAA listing reveals that the phone will come with a 6.55-inch display, dual 2,200mAh battery, Android 11, dual SIM support, and 7.8mm in thickness.

The alleged live images of the Realme X9 Pro Master Edition show off a matt finish rear panel with the signature of the designer. The rest of the design is in line with the renders spotted on TENAA. WHYLAB reiterates that the phone comes with a 6.5-inch 90Hz display, 4,500mAh battery, 65W fast charging support, plastic frame, and 7.8mm thickness. The Realme X9 Pro launch could be just a few months away and we should learn more about it in the weeks to come.