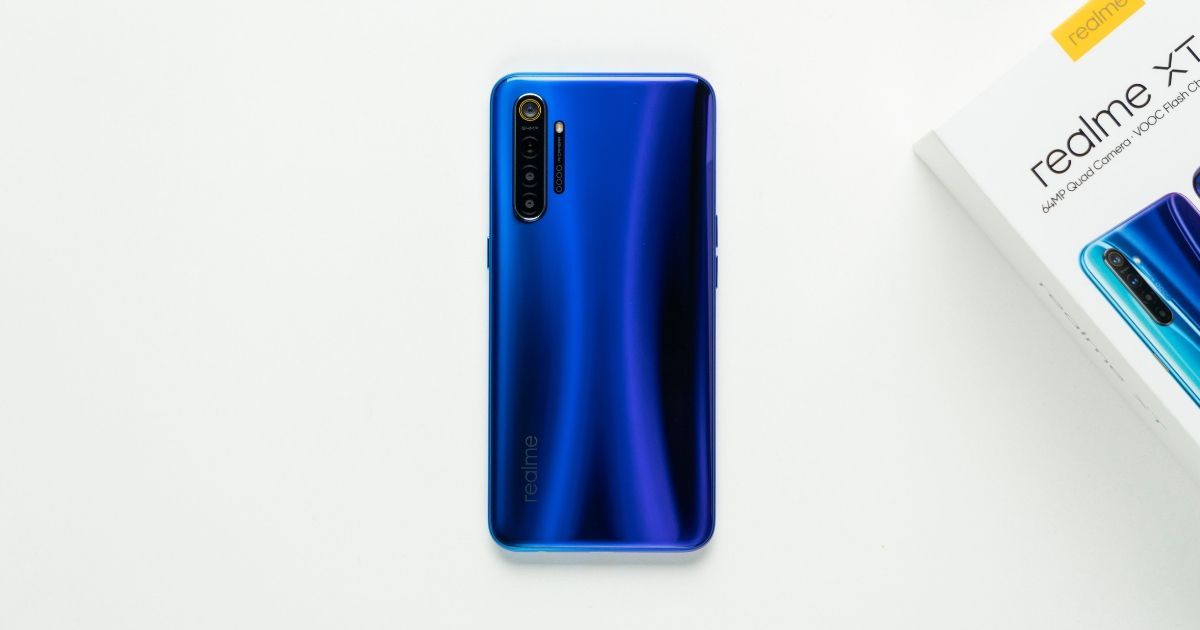 Realme XT (first impressions) has gone official, just a day ahead of arch rival taking the covers off Redmi Note 8 Pro. As expected, Realme XT has a 64MP primary sensor, the first smartphone offering such high camera resolution; the 64MP sensor will headline the quad rear camera setup of the phone. If you aren’t up to date about the phone, the brand has been teasing the smartphone and its imaging prowess for quite some time and we even got to see the official renders of the handset just yesterday. However, now we finally have the Realme XT specifications and key features with us, so read on. On the other hand, there is no price or launch date yet.

The Realme XT ships with a 6.4-inch full-HD+ Super AMOLED display with a dewdrop notch design and Gorilla Glass 5 protection, both at the front as well as the back of the smartphone. The handset runs Android Pie-based ColorOS 6 out of the box and is powered by Snapdragon 712 SoC. The brand is offering the Realme XT in three configurations, i.e. 4GB+64GB, 6GB+64GB, 8GB+128GB. There is a UFS 2.1 storage onboard, for those who are interested in transfer speeds. If you were disappointed at the absence of fingerprint sensor in the official renders, you will be glad to know that the Realme XT ships with an in-display optical fingerprint sensor that should allow you to unlock the handset with ease.

Coming to the highlight feature of the handset, as we mentioned earlier, the Realme XT comes with a quad-camera setup at the rear, which consists of a 64MP primary sensor, an 8MP ultra-wide angle sensor, 2MP portrait (depth) sensor, and a 2MP macro sensor. The handset is capable of shooting videos in up to 4K resolution with Electrical Image Stabilisation (EIS) support. There are some interesting camera modes at the offer as well such as Nightscape and Chromaboost, which are already available with other handsets that run ColorOS 6. At the front, you are treated with a 16MP camera that can be used for taking selfies as well as placing video calls.

The Realme XT houses a 4,000mAh battery and the brand has thankfully opted for a USB Type-C port instead of micro-USB charging slot. The smartphone comes with support for Super VOOC 3.0 fast charging technology. Other connectivity options include a 3.5mm audio jack and 4G VoLTE connectivity.