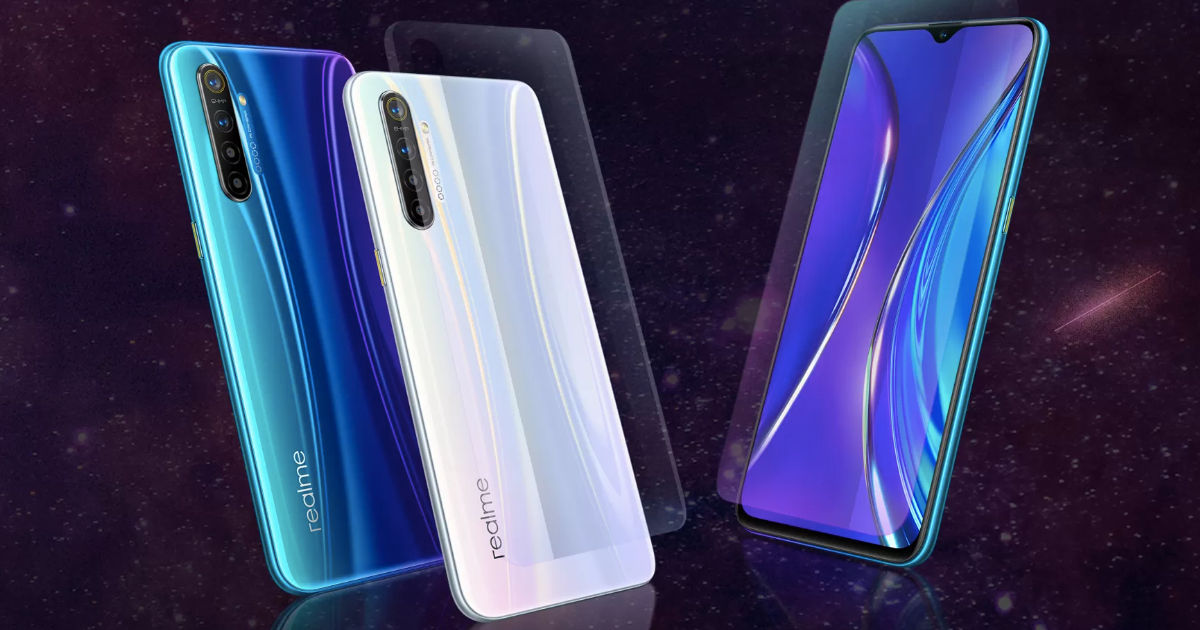 The Realme XT (first impression) smartphone has been launched in India. The focus of the event were the Realme XT price in India and release date as the specifications of the handset were already known. The highlight of the handset, of course, the 64-megapixel Samsung ISOCELL Bright GW1 primary sensor, which is the first we have seen in the Indian market. The sensor is paired with a dedicated ultra-wide-angle lens, depth sensor, and a macro lens. The Realme XT also rocks the Snapdragon 712 chipset, a beefy battery, and Super AMOLED display with an optical fingerprint scanner. The company also announced it will unveil a new Realme XT 730G model in December. Along with the handset, the company unveiled the Realme Buds Wireless earphones and its first power bank at the event.

The Realme XT price in India is set at Rs 15,999. This is for the base 4GB RAM + 64GB storage variant. The phone’s 6GB RAM + 64GB storage and 8GB RAM + 128GB storage come with a sticker price of Rs 16,999 and Rs 18,999, respectively. It will go on sale at 12pm on September 16th in India via Flipkart and will soon be headed to offline stores. However, only 64,000 units of the handset will be available in the first sale – buyers in the first sale will get free screen replacement for 6 months.

Realme Buds Wireless earphones cost Rs 1,799 and will go on sale in India “within 24 hours.” These will be available via Amazon.in and Realme.com initially and will later go on sale in offline stores. The new 10,000mAh Power Bank costs Rs 1,299 and goes on sale in September via Flipkart, Amazon.in, Realme.com, and offline stores. The brand is also offering Realme XT Iconic Cases, priced at Rs 399; these will become available to purchase in October.

The Realme XT sports a 6.4-inch waterdrop-style notch Super AMOLED display that bears Full-HD+ resolution, 91.9 percent screen-to-body ratio, and third-generation in-display fingerprint scanner. The handset also has Corning Gorilla Glass 5 protection, both at the front as well as the back. Under the hood, the Realme XT employs Snapdragon 712 SoC, with HyperBoost 2.0 tech for improved gaming performance. It is paired with up to 8GB of RAM + 128GB UFS 2.1 storage onboard. The phone is powered by a 4,000mAh battery with VOOC 3.0 20W fast-charging technology, Type-C support. It runs Android 9 Pie-based ColorOS 6 out of the box, with features such as Dark Mode, customised fonts, App Clone, and Google’s Digital Wellbeing.

In the camera department, the Realme XT sports a 64-megapixel + 8-megapixel + 2-megapixel + 2-megapixel setup on the rear. The front camera features a 16-megapixel shooter for selfies and video calling. The handset is said to support video recording with up to 4K resolution and Electrical Image Stabilisation (EIS) and camera modes such as Nightscape and Chromaboost. Lastly, the phone has standard connectivity options such as 4G LTE, Wi-Fi, Bluetooth, and 3.5mm headphone jack. The handset features a Hyperbola Light Effect and 3D curved glass design on the back panel and comes in Pearl White and Pearl Blue hues. Dolby Atmos with super linear speaker, and Smart Power amplifier handle the audio experience. 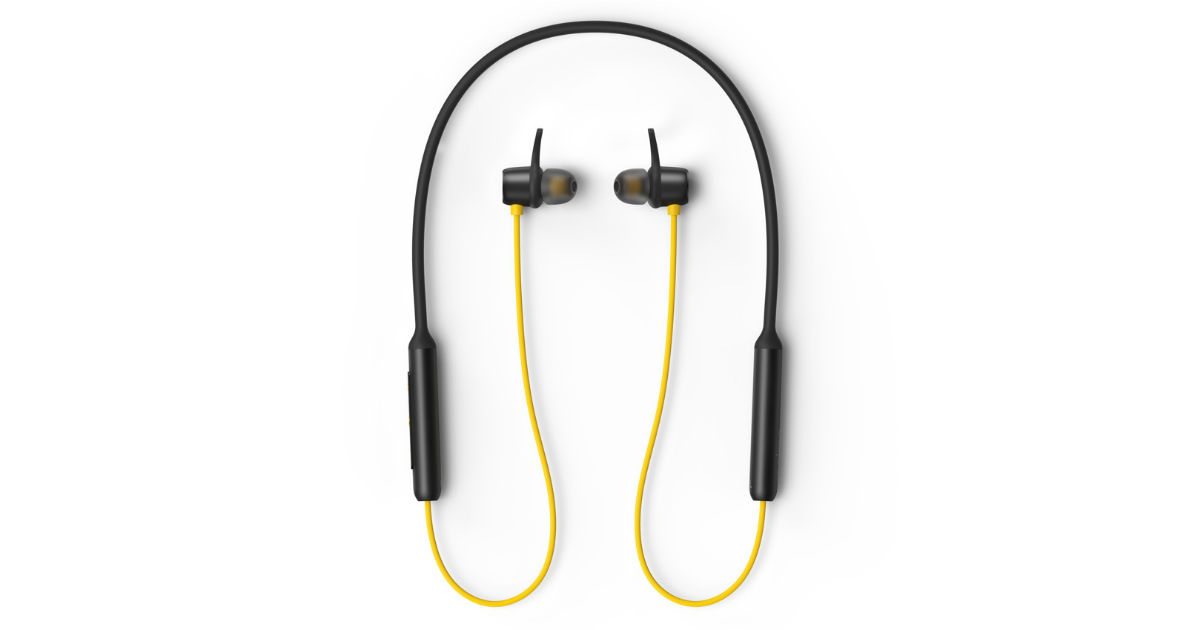 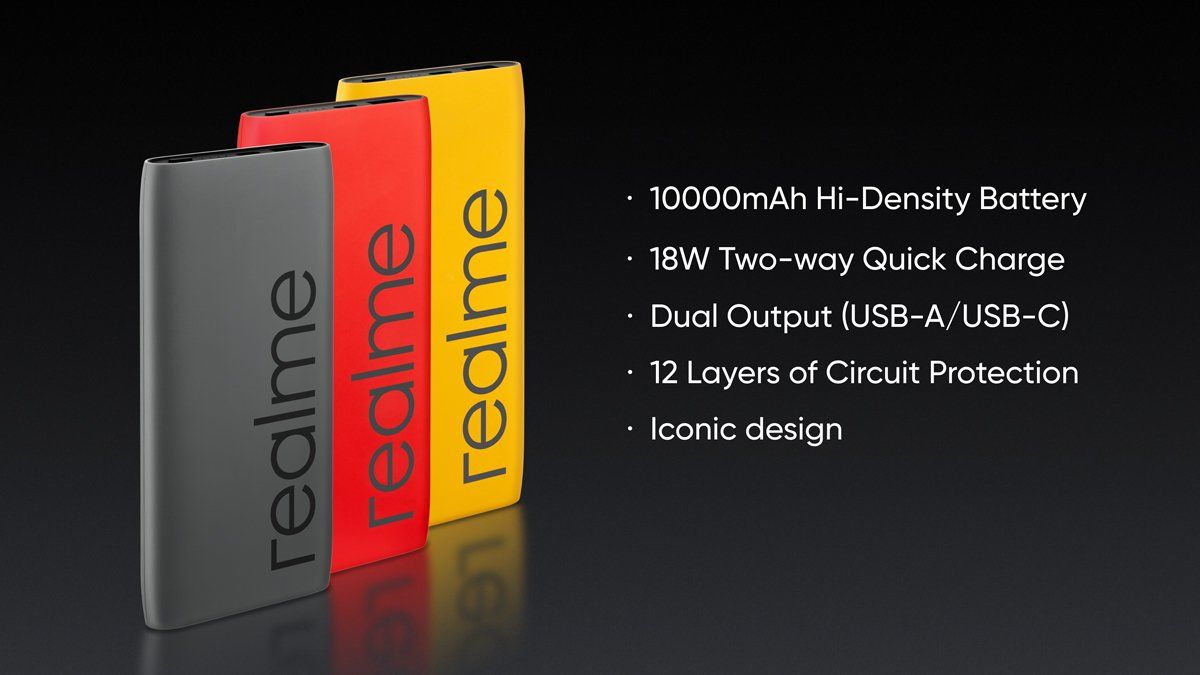 As for the Realme Power Bank, it has a 10,000mAh battery with support for 18W fast-charging as well as dual output (USB-A and USB-C). The company says it is using 12-layer circuit protection on the power bank, which is higher than the industry standard of 9-layer protection.