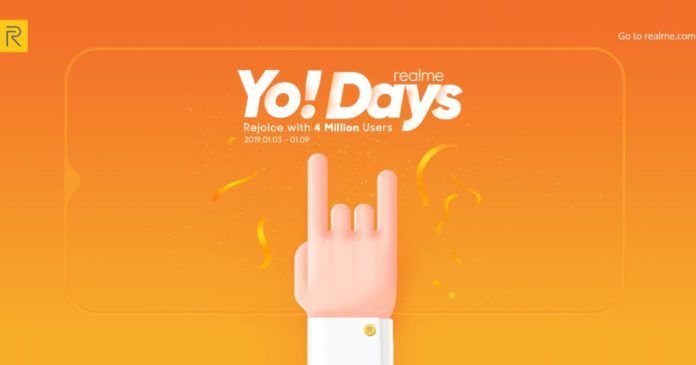 Realme — the former sub-brand of OPPO — has announced that it has sold over 4 million smartphones since its launch in May last year. And to celebrate the feat, the company has launched ‘Realme Yo! Days’ in the country starting today noon to January 9th midnight only on its official website. During the sale, customers will be able to buy the Realme U1 (review) smartphone in Fiery Gold hue and Realme Buds for the very first time in India. All Realme smartphones, including the Realme 1, Realme 2 (review), Realme 2 Pro (review), and Realme C1 (review), will be available via open sale, along with the all-new Tech Backpack and more with “amazing offers.”

“The Realme Yo! Days campaign has been designed to rejoice with our 4 million users. Our users are our brand ambassadors and the elaborate campaign came out as a New Year offering towards our esteemed customers. We are sure to achieve many more milestones this year with the overwhelming response we have been receiving from the customers,” said Madhav Sheth Chief Executive Officer Realme India. 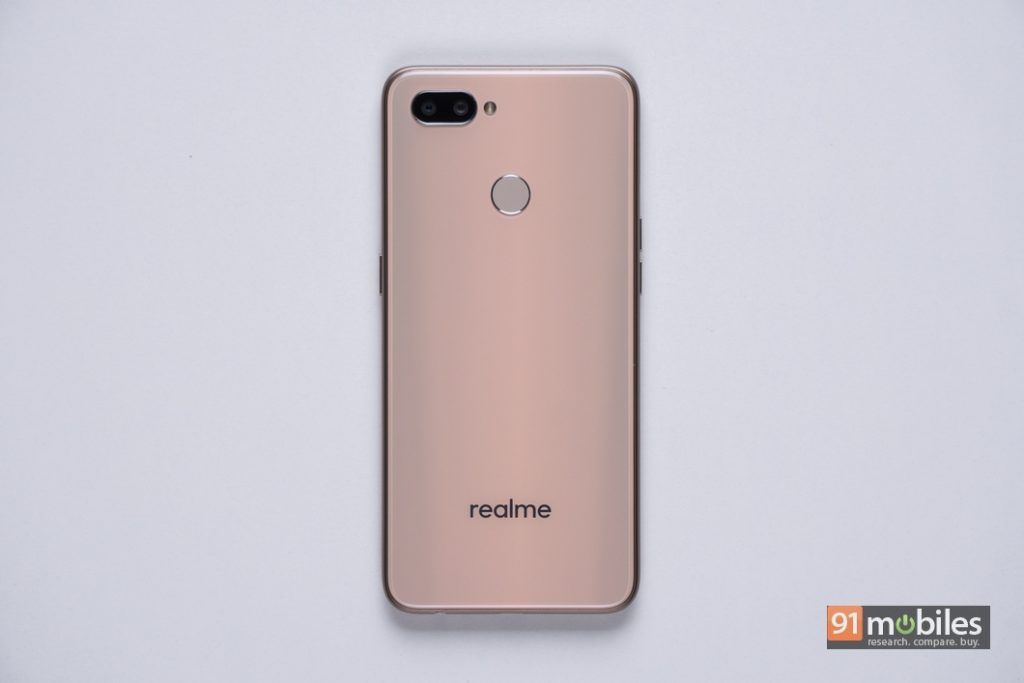 Realme recently launched its Realme U1 (review) smartphone in Fiery Gold colour option. The variant will be going on sale in the country for a starting price of Rs 11,999. The handset comes with a 6.3-inch FHD+ display with waterdrop notch and MediaTek’s latest Helio P70 chipset. For photography, it sports dual 13-megapixel + 2-megapixel cameras at the back and 25-megapixel shooter on the front. The phone runs Android Oreo out of the box and houses a 3,500mAh battery.

The Realme Buds was announced alongside the Realme U1 smartphone last year in India. The pair of earbuds will go for sale for the first time in the country during the Realme Yo! Days. The wired earphones have been priced in the country at Rs 499.

The Realme Tech Backpack can be purchased at a crazy price of Re 1 during the sale. The backpack actually costs Rs 2,399 and features 18ltrs of storage with 15 pockets in total. It’s also said to be water-resistant.