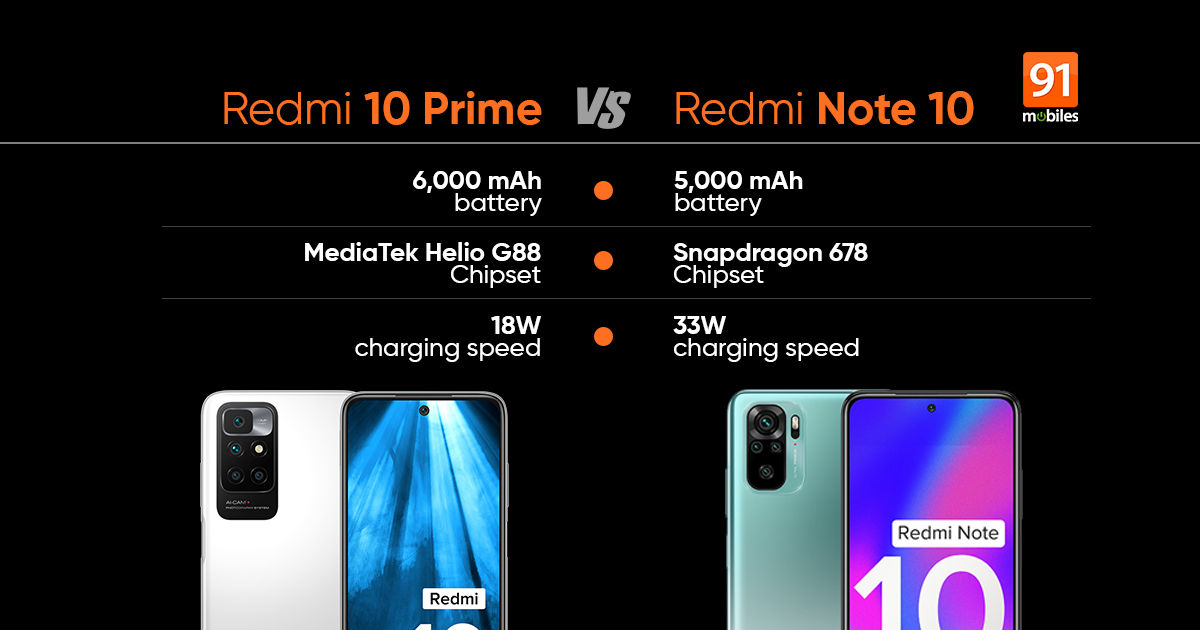 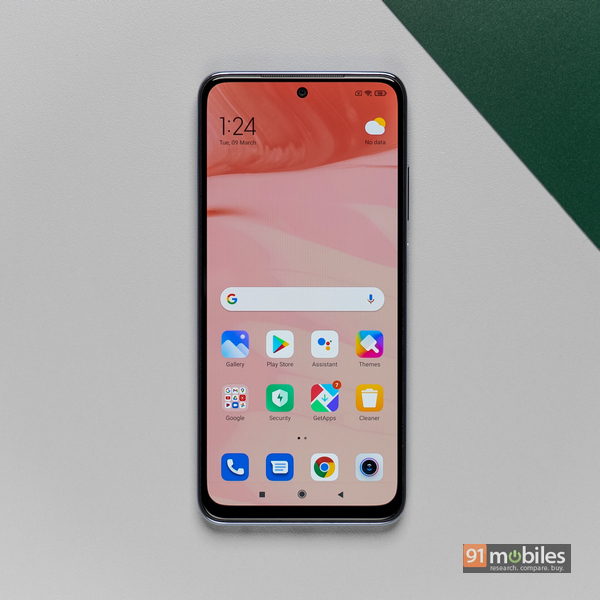 The Redmi Note 10 sports a 6.43-inch FHD+ AMOLED display with a standard 60Hz refresh rate, 1100 nits brightness, and Corning Gorilla Glass 3 layer. The handset also has a centre placed punch-hole cutout. The choice here is between an AMOLED display and an IPS LCD panel that comes with a 90Hz screen.

Redmi 10 Prime brings an improved design over the Redmi 9 Prime. It has a more premium look in comparison thanks to the new colourways and materials used. The volume rocker and power button with a fingerprint sensor embedded are present on the right. The 3.5mm audio jack, IR blaster, speaker grille and a secondary microphone for noise cancellation are on the top. The USB Type-C port, speaker grille, and microphones are at the bottom. Back is where the quad-camera setup is present alongside the LED flash and Redmi branding. 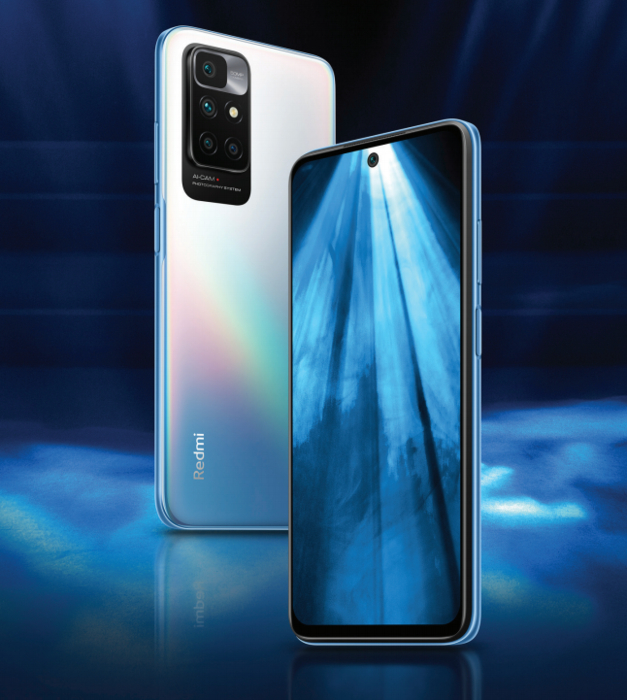 Redmi Note 10, on the other hand, also has an improved design. It has a centre-positioned punch-hole cutout and slim bezels. The volume rocker along with a side-mounted fingerprint sensor is on the right. The 3.5mm audio jack, USB Type-C port for charging, speaker grille and microphone are at the bottom. The top houses the IR blaster and a microphone are on the top. The SIM tray tool should be on the left.

Redmi 10 Prime has a quad-camera setup on the back, with a 50MP primary sensor, an 8MP ultra-wide sensor with f/2.2 aperture, a 2MP macro, and a 2MP depth sensor. For selfies and video chats, there is an 8MP sensor on the front.

Redmi Note 10 has quad rear cameras at the back, comprising of a 48MP Sony IMX582 primary sensor, an 8MP ultra-wide sensor, a 2MP snapper for macro and a 2MP depth sensor. There is a 13MP sensor on the front for selfies and video chats. 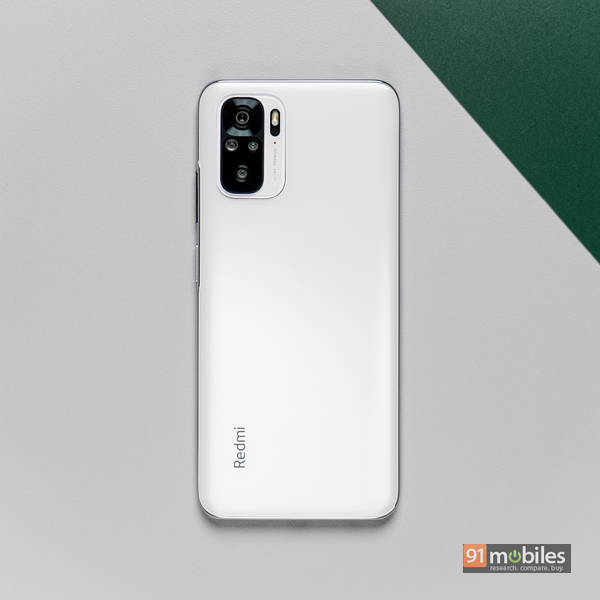 Redmi 10 Prime is powered by the MediaTek Helio G88 chipset paired with Mali-G52 MC2 GPU, 4GB/6GB LPDDR4X RAM and 64GB or 128GB internal storage that is further expandable via a microSD card. There’s an additional 2GB of expandable RAM. Redmi 10 Prime is the country’s first phone with the MediaTek chipset. The handset runs MIUI 12.5 based on Android 11. The performance of the phone should be good enough for the price.

Redmi Note 10 ships with the Qualcomm Snapdragon 678 SoC coupled with up to 6GB RAM and 128GB native storage that is further expandable via a microSD card. The phone runs on Android 11-based MIUI 12 custom skin out of the box.

On the other hand, Redmi Note 10 houses a smaller 5,000mAh battery with 33W fast-charging support. Both phones offer an all-day battery life, but the Redmi 10 Prime will likely outlast the Redmi Note 10.

Realme 9i vs Moto G51 vs Redmi Note 10: performance and benchmarks comparison