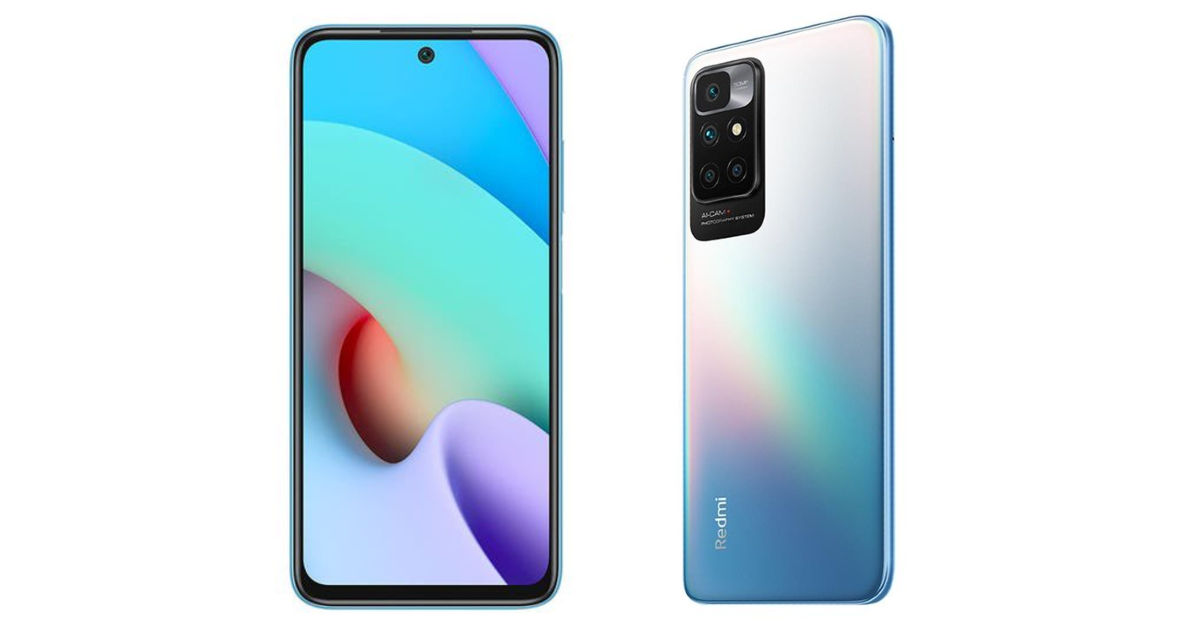 Redmi 10 renders and specifications have been leaked online ahead of the phone’s official launch. Tipster Mukul Sharma spotted the phone listed on e-commerce platforms, which suggests Xiaomi could unveil the phone soon. Redmi 10 specifications look pretty impressive for a phone that is expected to be cheaper than the Redmi Note 10. The renders show that the Redmi 10 design will be similar to the Redmi Note 10 phones in that it comes with a centre-aligned punch-hole camera and Evol design. Here’s a closer look at the Redmi 10 specs and renders leaked online.

The Redmi 10 features a center-aligned punch-hole camera. The glossy rear panel has a gradient colour and a rectangular camera module that houses four camera sensors and an LED flash. The top of the frame has a 3.5mm headphone jack and what seems to be speaker grilles.

Moving on to the Redmi 10 specs, the spec sheet shared by Sharma reveals that the phone features a 6.5-inch FHD+ 90Hz display with Gorilla Glass 3 protection on the front and a plastic rear panel. The phone is powered by the MediaTek Helio G88 chipset that was announced a few weeks ago. It is a 4G chipset that offers clock speeds up to 2GHz. The processor is paired with 6GB RAM and 128GB internal storage on the Redmi 10. The phone ships with Android 11-based MIUI 12 out of the box.

Redmi 10 camera specs include a 50MP primary sensor accompanied by an 8MP camera and two 2MP sensors on the back. The phone gets an 8MP front-facing camera for selfies. The handset packs a 5,000mAh battery that supports 18W fast charging. The Redmi 10 measures 162 x 75.3 x 8.95 and features microSD card support and Bluetooth 5.0.

Redmi 10 launch date in India and other markets is yet to be revealed. However, since the phone has leaked on some e-commerce platforms, it seems Xiaomi could unveil the phone soon. We should learn about the Redmi 10 price soon enough.