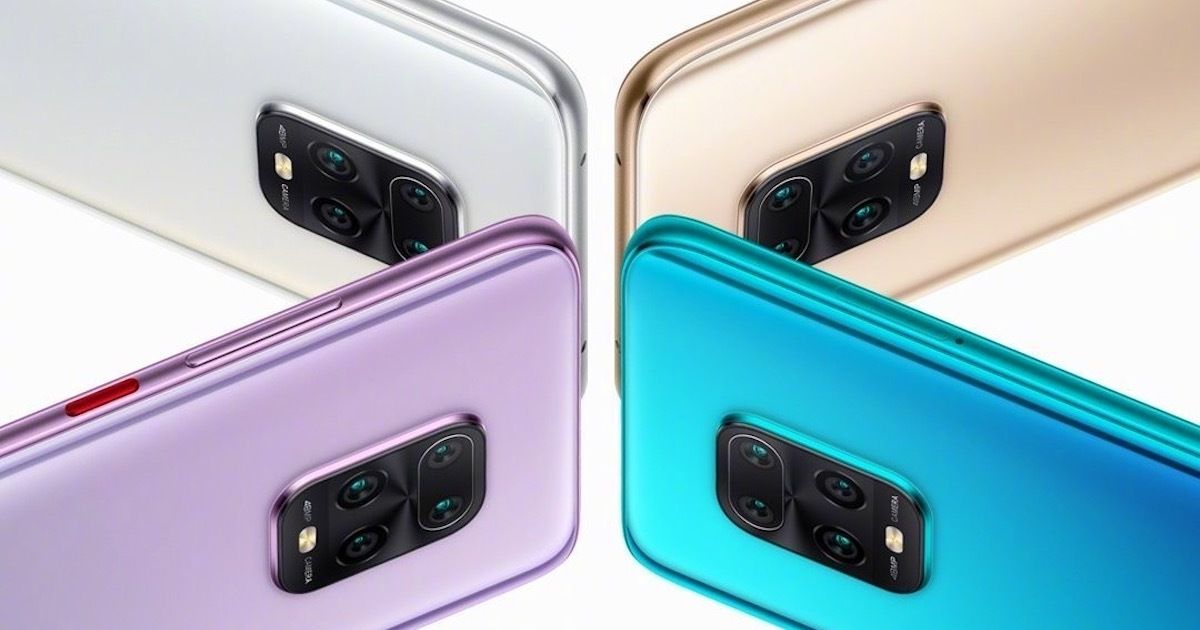 Redmi 10X China launch is officially set for May 26th, as announced by the company through a new teaser poster on Weibo. It’ll be the first phone to be powered by the latest MediaTek Dimensity 820 5G SoC and the promotional image confirms the phone would pack quad cameras in a square matrix, similar to the Redmi Note 9 Pro line-up. Since there is no sign of a fingerprint sensor at the back, it could be placed under the display or on the side. The handset had been in the news for quite some time. 91mobiles exclusively revealed the colour options and storage variants, and the handset has been spotted on Geekbench and on the Google Play Console listing as well. 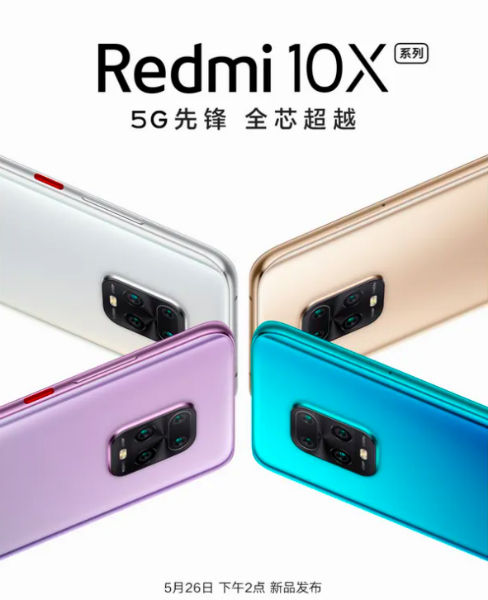 Separately, a Redmi phone with model number “M2004J7BC,” which is believed to the Redmi 10X, was spotted on AnTuTu. The listing revealed that the phone will boot Android 10 OS, and pack 8GB RAM along with 256GB storage but there could be other variants as well. The handset has managed to score 4,15,277 points on the benchmarking platform and is said to be higher than the devices powered by other mid-range 5G chipsets such as the Kirin 820 and Snapdragon 765G. 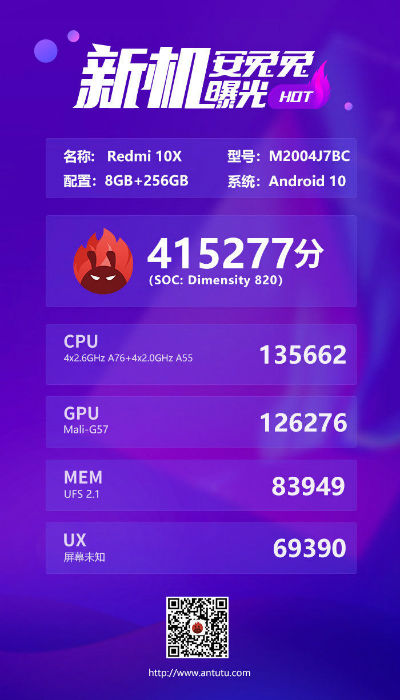 The Redmi 10X is said to flaunt a 6.53-inch full HD+ display with 1,080 × 2,340 pixels resolution. While the 5G variant will be powered by the Dimensity 820 5G SoC, the 4G model could ship with a MediaTek Helio processor, possibly the Helio G70 SoC, according to the Google Play Console listing. The quad-camera setup may include a 48MP primary sensor, an 8MP lens and a couple of 2MP. The Redmi 10X is likely to pack a 13MP selfie snapper on the front. A 5,020mAh battery is said to fuel the phone.