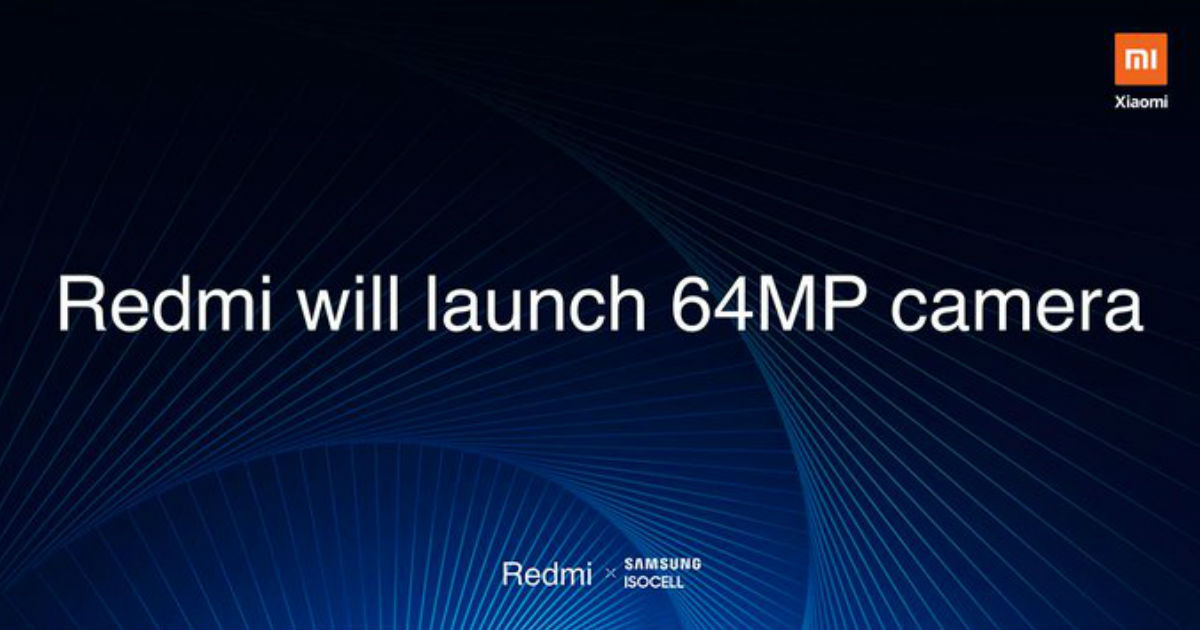 The Redmi 64MP camera phone will be launched in India in Q4 2019, the company confirmed. Xiaomi has posted on Twitter via the official account that the Redmi 64MP camera phone is the ‘Future of Camera’ and will deliver unprecedented details and 38 percent more pixel count than the 48MP camera sensor. Redmi further confirms that the phone will house Samsung’s Bright GW1 ISOCELL sensor with a large f/1.7 aperture lens, Smart ISO, and Hybrid 3D HDR capabilities. “The Redmi 64MP phone will redefine the way you’ve been experiencing the smartphone camera,” reads the tweet.

Mi Fans, it really excites me when we push the limits of what’s technologically possible!

I’m thrilled to share that a new #Redmi phone with #64MP camera will be arriving! 🤩 Confident that this will be the #FutureOfCamera. 📸

RT if you are as excited as I am. 🔄#Xiaomi ❤️ pic.twitter.com/hHg3BbGU43

While it hasn’t been confirmed yet, the handset could be dubbed as Redmi Note 8. The upcoming Redmi phone will be among the first smartphones to utilise the sensor. Apart from Xiaomi, Realme and Samsung are also working on their respective handsets with 64MP sensors. While Realme will showcase the camera technology for smartphones on August 8th in India, there is no such timeline from Samsung at the moment.

Talking about the 64MP GW1 sensor, Samsung introduced it back in May as a successor to its 48MP ISOCELL GM1 snapper. The new is the highest resolution in the brand’s 0.8um-pixel image sensor lineup. The tech is capable of capturing 16MP images in low-light conditions and 64MP in brighter settings. The sensor rocks pixel-merging Tetracell technology and remosaic algorithm to further enhance the results. It also supports real-time HDR of up to 100-decibels for noise reduction as well as colour accuracy, and high-performance phase detection auto-focus technology and full-HD recording at 480 frames-per-second (FPS) for smooth cinematic slow-motion videos.