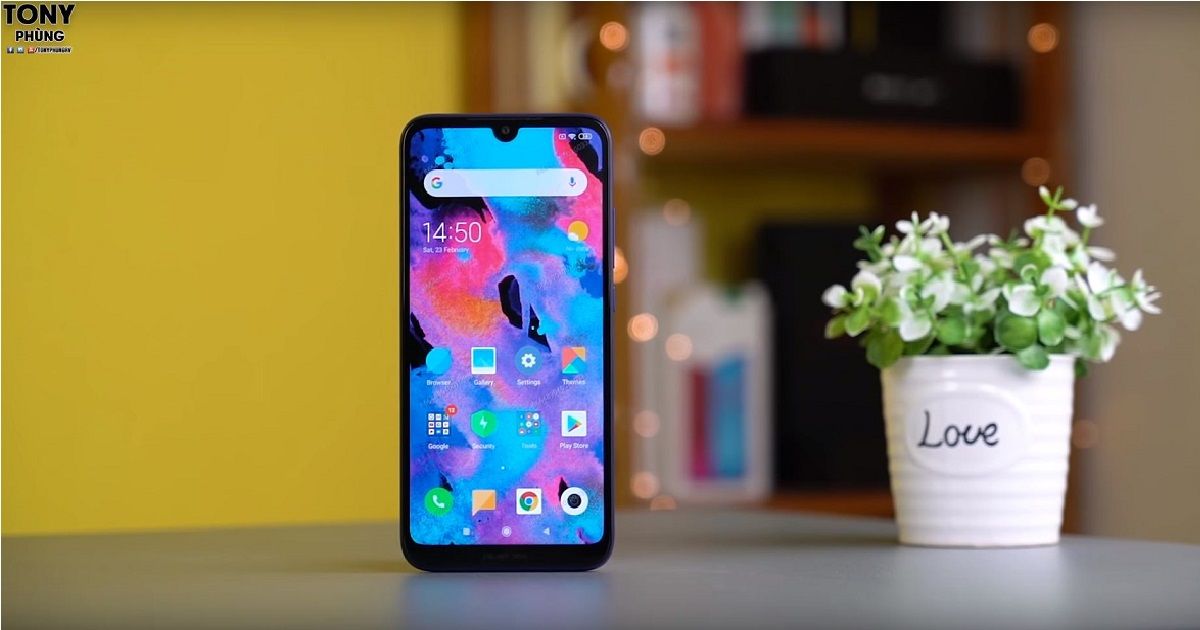 The Redmi 7 has been doing the rounds off the internet quite a bit lately. Most recently, the budget handset was allegedly spotted on Chinese certification website TENAA to reveal its design and some vital specifications such as the display, battery, and configurations. Now, the Redmi 7 has surfaced on YouTuber Boby Do’s hands-on video thereby revealing the device in all its glory. Xiaomi’s spin-off Redmi is expected to launch the handset at an event in China next week (the video is embedded below).

The video reveals the Redmi 7 being compared with the Redmi’s latest Note series phone the Redmi Note 7 with which it shares a lot of similarities (design-wise). To start with, it will reportedly have the same ‘dot’ notch display on the front and dual cameras with a fingerprint sensor, ‘Redmi’ branding, and gradient finish on the rear. However, there are stark differences too. Unlike the Redmi Note 7 Pro, the Redmi 7 is said to have polycarbonate back panel instead of glass, slightly broad bezels, and micro USB port instead of USB Type-C for charging and file transferring.

The specifications of the Redmi 7 is of course toned down. The handset will allegedly sport a 6.26-inch display with HD+ (720 x 1,440p) resolution and a slight cut-out up top that houses the front camera. Although the video didn’t directly confirm, the AIDA64 app shows that the phone has ‘msm8953′ processor ticking at its core. The chipset is said to be the internal name of the Snapdragon 625, but Droid Holic claims that it is the, in fact, Qualcomm Snapdragon 632 which is an upgrade over the 625.

The app also revealed the phone with 3GB RAM and 64GB storage, which seems a little unusual. As per the TENAA listing, the Xiaomi Redmi 7 will come in 2/3/4GB RAM options with 16/32/64GB ROM respectively. The Redmi 7 is said to be fueled by a 4,000mAh battery. The camera hardware details are vague at the moment, but it’s tipped to arrive with an 8-megapixel selfie shooter and 12-megapixel primary sensor at the back (the secondary sensor remains unknown).

Lastly, the video also spilled the beans on Redmi 7 price, which it said will be around RMB 900 (~Rs 9,000), but we are not sure if this is the starting price or the price of the variant shown in the video.