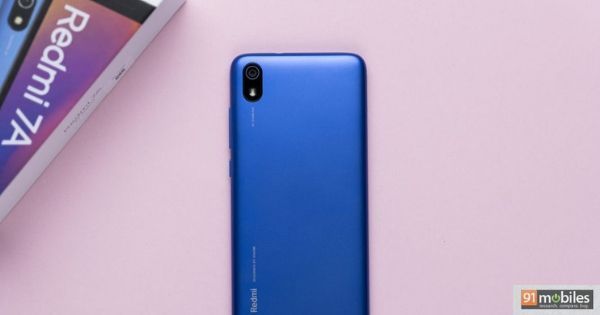 “The new MIUI Global Stable ROM version 10.2.7.0 is available as an over-the-air download for all Redmi 7A users”

Xiaomi has released a new software update for the budget Redmi 7A smartphone. The update is available as an OTA download to all global variants of the device. The Redmi 7A was launched with MIUI 10.2 ROM, based on Android 9.0 Pie. At the handset’s launch in India, the company promised to bring new features such as portrait mode via a software update. As promised, the latest MIUI 10.2.7.0 software update adds portrait mode and AI scene detection to the Redmi 7A’s camera app.

Redmi 7A users should be seeing the new update notification on their devices. The update is still based on Android 9.0 Pie, in case you were wondering. Apart from bringing new camera features to the phone, the update also installs the July Android security patch. We recommend that you update your smartphone to the latest MIUI 10.2.7.0 version as soon as the update is available.

The company has posted an official changelog for the new update on the MIUI forum. It describes the new AI portrait mode feature, which uses AI to blur the background on photos to produce portrait images. The Redmi 7A comes with a single 12-megapixel Sony IMX486 sensor at the back. The AI portrait mode feature is available on both the front and rear cameras. The phone gets a 5-megapixel selfie camera.

Coming to the AI Scene detection feature, Xiaomi stated that the new update brings AI-supported scene recognition for 33 scenes. Six of these scenes are India specific. This feature will automatically select the best settings for a scene to provide a pleasing result. The Redmi 7A is powered by the Snapdragon 439 chipset, which is coupled with 2GB RAM. It comes with a 5.45-inch HD+ display and gets a plastic build. The phone features up to 32GB of onboard storage, which can be expanded via the microSD card slot. It has a large 4,000mAh battery but lacks a fingerprint scanner. Xiaomi has also included the Android Go app suite on the phone. The base variant is available at a price of Rs 5,999.