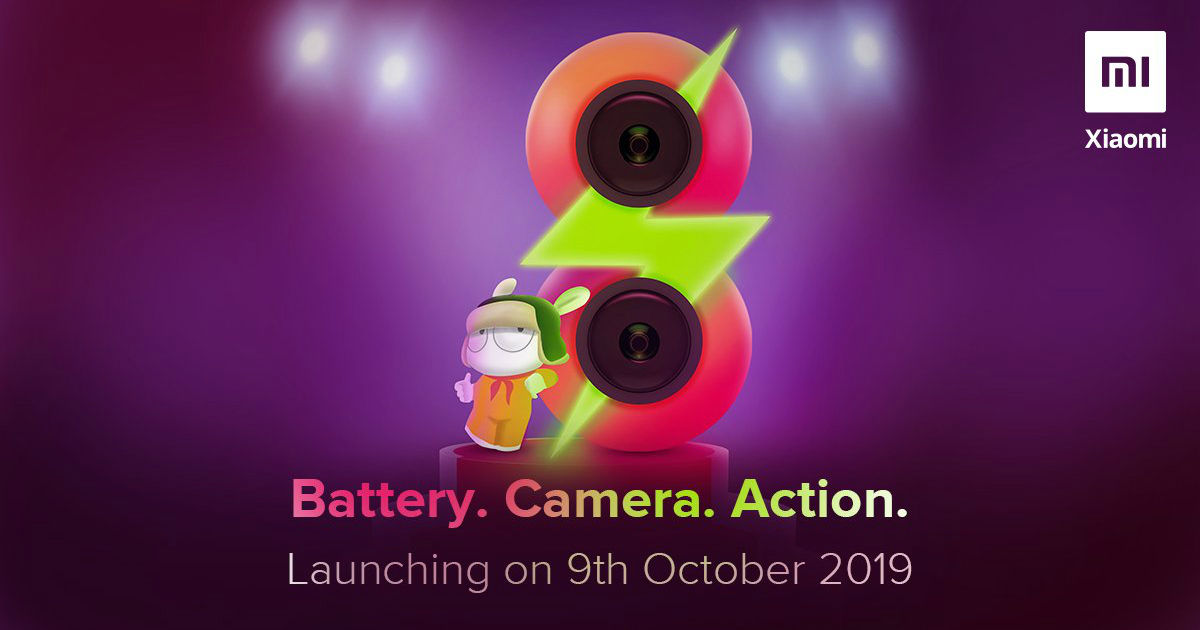 “Redmi 8 specifications according to a recent listing include a 5,000mAh battery, 4GB + 64GB configuration, and 6.21-inch HD+ display”

Right after Redmi 8A announcement, Xiaomi India head Manu Kumar Jain had teased Redmi 8’s launch in the country very soon. Now, in a tweet, the executive has confirmed the Redmi 8 India launch date will be October 9th. The teaser image shows two camera sensors, pretty much confirming the handset would feature vertically arranged dual-rear cameras. Xiaomi is also touting the phone as a battery champion, presumably hinting that it might pack a 5,000mAh unit, similar to Redmi 8A. The tweet also says ‘store more’ which probably means it would have 64GB user expandable storage, which is in-line with the China Telecom listing from earlier this week.

Mi fans! Just when you thought the #Diwali action has reached a peak, here’s #BatteryCameraAction!

The China Telecom listing had revealed all the key Redmi 8 specifications, including the octa-core Snapdragon 439 SoC and 4GB RAM. The smartphone is also listed with 6.21-inch HD+ display featuring waterdrop notch to accommodate the selfie snapper and Android 9.0 Pie with the company’s custom MIUI 10 skin overlaid on top. In terms of optics, the Redmi 8 is said to feature a 12MP primary sensor and another 2MP depth unit for portrait shots. There is an 8MP sensor on the front for selfies and video chats.

Redmi 8 could have a fingerprint sensor on the back for security, measure 156.33×75.40×9.40 and weigh 188 grams. The handset is expected to come in Red, Green and Blue colour options. We should know the Redmi 8 price in India and the rest of the specifications when the device goes official next week.