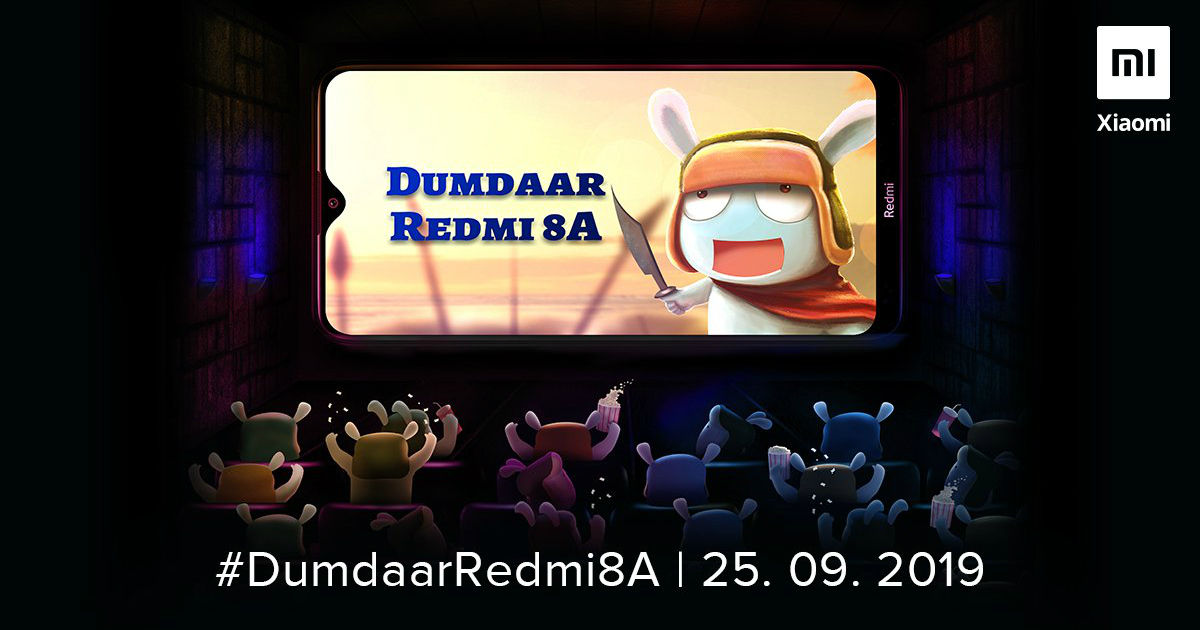 Redmi 8A is scheduled to go official in India on September 25th, and since the smartphone hasn’t launched in China yet, the launch should be a global-first. The Redmi 8A teaser image confirms the waterdrop notch to accommodate the selfie snapper, and Xiaomi says that it had made the smartphone all the more “dumdaar” this time, hinting that it would be a significant upgrade over the Redmi 7A that was launched back in July. The promotional Redmi 8A banner on Mi.com hints at a bigger capacity battery and fast-charging support, which is a first for the A series, and Aura wave grip design.

Mi fans, India’s best-selling smartphones, the Redmi A series, is coming to create waves yet again. 😇

This time around, we’ve made it all the more dumdaar. 💪 Get ready for #Dumdaar #Redmi8A on 25th September. 😍

The Redmi 8A was recently spotted on TENAA, revealing complete specifications. The listing suggests it would sport a 6.2-inch HD+ display with 720 x 1,520 pixels resolution and 19:9 aspect ratio. It is said to be powered by a 2GHz octa-core processor and is expected to come in three variants: 2GB RAM with 16GB storage, 3GB RAM and 32GB storage, and, lastly, 4GB RAM and 64GB storage that is further expandable up to 512GB. The handset is expected to run on Android 9 Pie0based MIUI 10 custom skin on top. 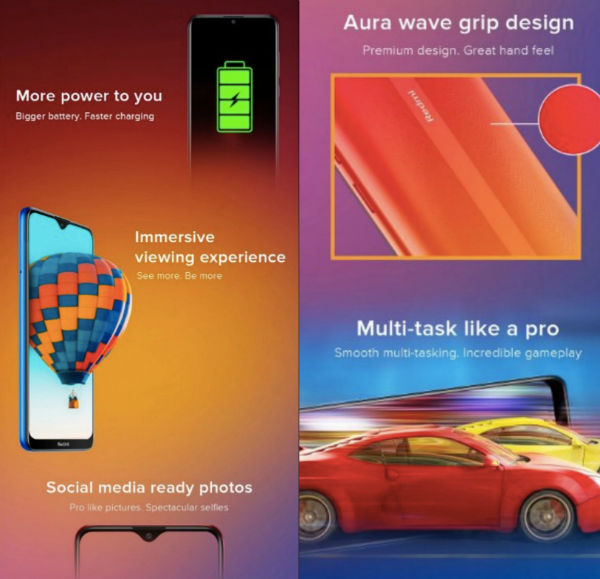 In terms of optics, the Redmi 8A is said to pack a single 12MP sensor on the back with LED flash. On the front, it would have an 8MP snapper for selfies and video chats. It lacks a fingerprint sensor, so users will have to rely on Face unlock. A 5,000mAh battery with 18W fast-charging support fuels the phone. The Redmi 8A weighs 188 grams and measures 156.3 x 75.4 x 9.4mm. It could be available in Black, Red, Blue, White, Green, Purple, Pink, and Grey colour options. We should know the pricing and availability next week.