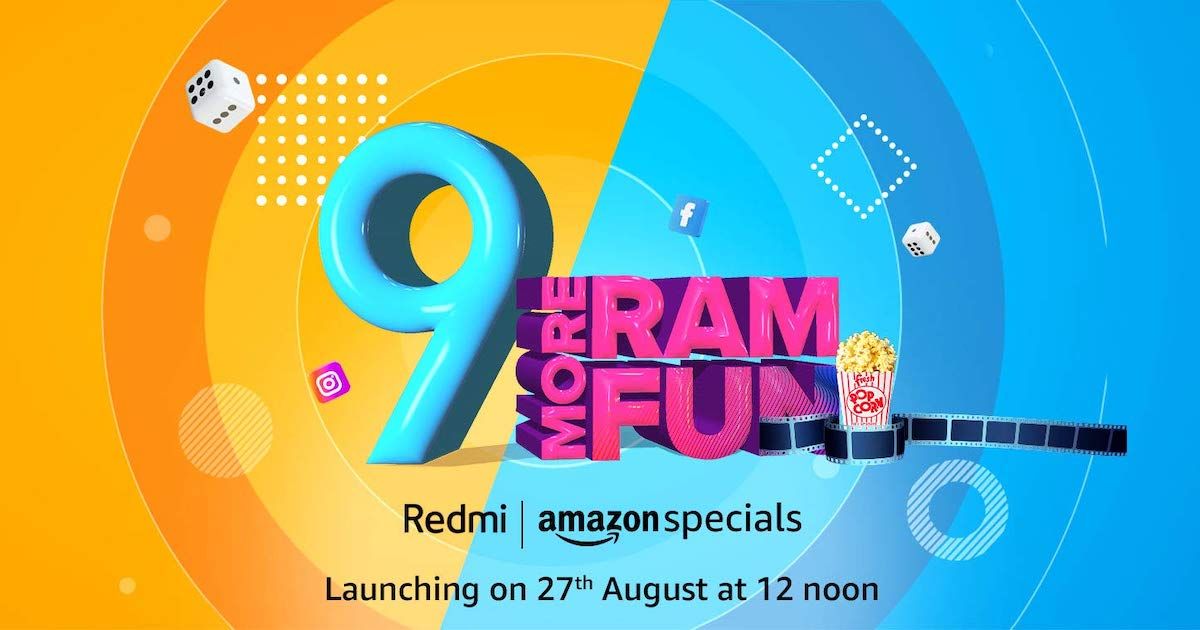 Xiaomi revealed earlier today that the Redmi 9 India launch will take place on August 27th. Now, Amazon has put up a microsite for the Redmi 9, confirming the phone will go on sale on the e-commerce platform. The upcoming Xiaomi phone is expected to be an entry-level offering that will be powered by a MediaTek chipset paired with a good amount of RAM and storage. The Redmi 9 will also sport a waterdrop display and an AI dual-camera setup. There are rumours that the Redmi 9 is a rebranded Redmi 9C, but it could be a completely new device as well.

Based on the teasers so far, the Redmi 9 will come with a waterdrop screen, most likely with an HD+ resolution. The phone is expected to be powered by a MediaTek G-series chipset considering the teaser reveals the HyperEngine Game Technology on board. To recall, the Redmi 9C that has been launched globally offers a MediaTek Helio G35 chipset.

It would make sense for Xiaomi to launch a phone with the MediaTek Helio G35 SoC considering Realme has three phones powered by the chipset under Rs 10,000, called the Realme C11, C12, and C15. The Redmi 9 will look to take on one of these Realme phones, but we can’t be sure which one just yet.