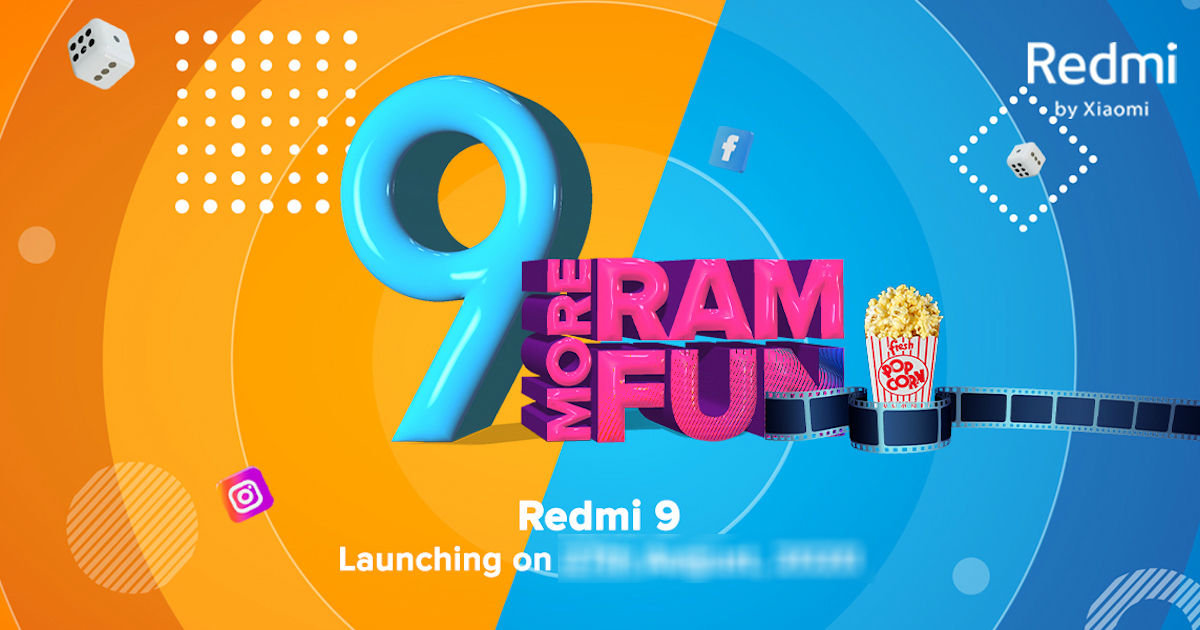 After teasing Redmi 9 India launch yesterday, Xiaomi India has officially confirmed its marketing name and also revealed the launch date. The Redmi 9 will go official in India on August 27th. The company is promoting the handset with the hashtag #MoreRAMMoreFun, which hints that it will be available with a good amount of RAM capacity for seamless multitasking on a budget phone. Additionally, Xiaomi India event landing page has revealed more details about Redmi 9, including a tiny waterdrop notch design, Hyper Engine game technology for enhanced gaming, dual rear- camera setup arranged in a square module, and a beefy battery. Redmi 9 will run MIUI 12 out of the box. 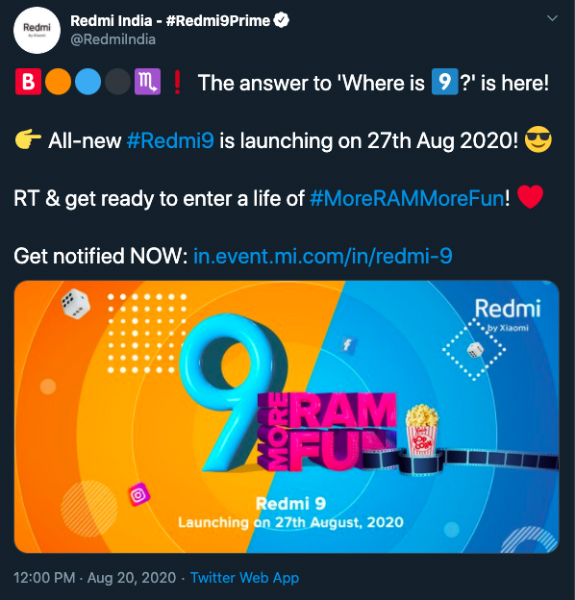 Redmi 9 is expected to be a partial rebrand of the Redmi 9C with regards to design and some key specifications. However, there’s always a possibility that Redmi 9 could be a totally new phone that will make its debut in India. We may have to wait for the official launch to learn more details about the Redmi 9.

To recall the Redmi 9C specifications, it sports a 6.53-inch display with 1,600×720, 20:9 aspect ratio, and waterdrop notch for the selfie snapper. The phone is powered by the MediaTek Helio G35 SoC coupled with IMG PowerVR GE8320 GPU, 2GB RAM, and 32GB internal storage. It boots Android 10 OS with MIUI custom skin on top and has a physical fingerprint sensor at the back for security. Moving to the optics, Redmi 9C has a triple camera setup comprising of a 13MP main sensor, a 5MP ultra-wide-angle lens, and a 2MP depth sensor for portrait shots. There is a 5MP snapper on the front for selfies. It packs a 5,000mAh battery on board.