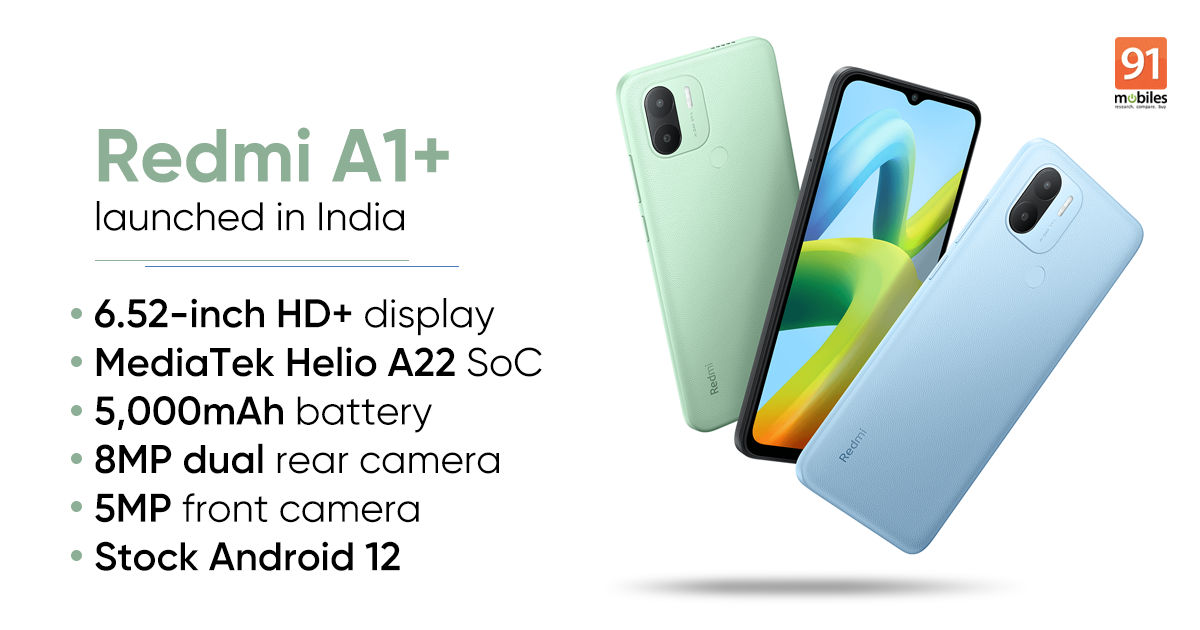 Weeks after launching its pocket-friendly smartphone – the Redmi A1 – in India, the company gives it a mid-life upgrade, the Redmi A1+. This is the company’s second A1 series smartphone in the Redmi A1 lineup. While design-wise – these handsets may look akin to each other, the most noticeable difference between them is the addition of a fingerprint reader on the Redmi A1+.

Besides this, not much has changed in this refreshed version of the Redmi A1 (review), the Redmi A1+. With that said, let’s look at what this phone packs under the hood, how much it costs, and where you can buy it.

Redmi A1+ comes in two variants: a 2GB RAM/32GB storage unit priced at Rs 7,499 and a 3GB RAM/32GB storage model at Rs 8,499. Available in black, light green, and light blue colourways, the Redmi A1+ goes on sale starting October 17th at 12 noon via Flipkart, mi.com, mi Home, and offline retail stores in India. 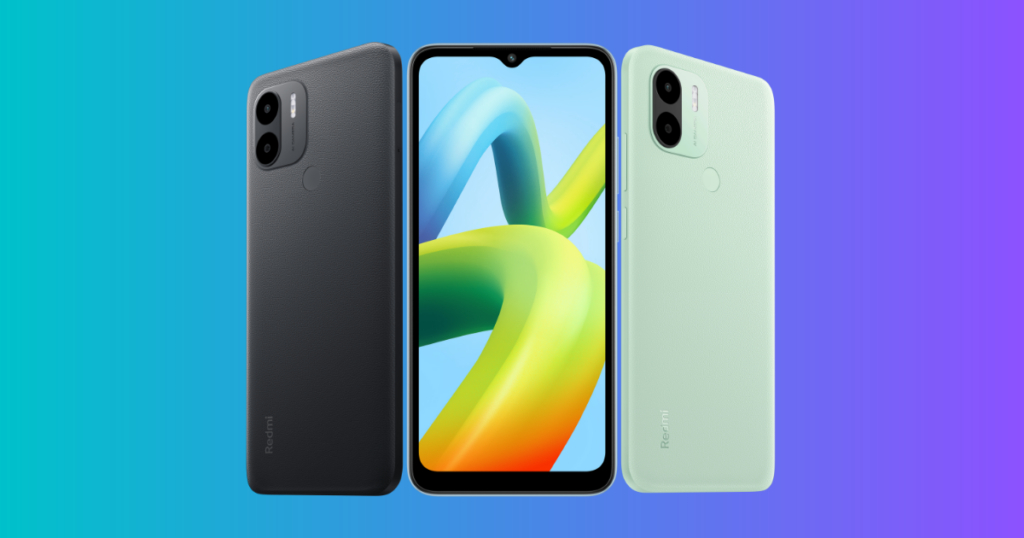 Here's a list of iPhones that support 5G in India: supported bands

Here's when Android 13-based OneUI 5.0 will be available for Samsung Galaxy S22 series

The Redmi A1+ mostly packs the same specs sheet under the hood as the Redmi A1. Powered by the MediaTek Helio A22 chip, the Redmi A1+ ships with 3GB LPDDR4X RAM and 32GB storage, expandable up to 512GB via a microSD card.

Photography on the Redmi A1+ is taken care of by a dual rear camera setup: an 8MP primary sensor and a 2MP depth shooter. For selfies and video calls, there’s a 5MP front-facing snapper.

Connectivity features include a 3.5mm headphone jack, a rear-mounted fingerprint scanner, and VoLTE calling. Keeping the lights on is a 5,000mAh battery with 10W charging support. The company claims two days of battery life on the Redmi A1+.