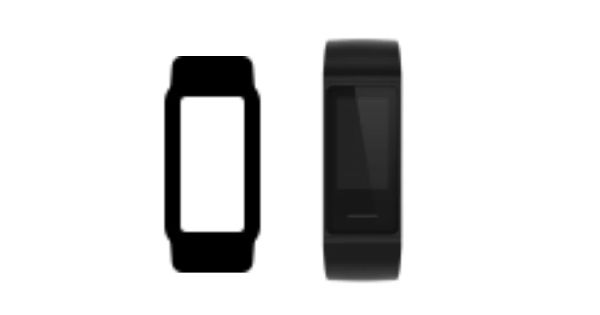 Xiaomi already has a few fitness bands under its belt, but it seems its sub-brand Redmi might be getting into the wearable segment soon as details regarding the first Redmi fitness band have surfaced online. Chinese leaker Digital Chat Station has posted the design and features of the Redmi fitness tracker on Weibo. These details were found in the Mi Fit app. The image confirms the fitness band will be available in black and might have a small screen that is surrounded by thick bezels. It seems to have a capacitive button below the screen for navigation. The Redmi band will reportedly have the ability to change watch faces to display more information.

Furthermore, the Redmi-branded fitness tracker is tipped to have an alarm function, heart rate sensor, NFC support for payments and the ability to control music playback, similar to the Mi Band 4. Considering Redmi’s pricing strategy for its smartphones, the fitness tracker could be cheaper than the already-affordable Mi Band series.

While there’s no information on when the Redmi fitness tracker would be launching in China, it looks like the band might find its way to India soon as it has bagged BIS (Bureau of Indian Standards) certification with a model number HMSH01GE. The certificate was issued on Wednesday, January 22, 2020. Though it is listed under the smartwatch category, it is a fitness band and BIS could be just categorising all types of wearables under the smartwatch segment. Unfortunately, nothing else is known about the fitness tracker at the moment but we should come across more details soon.