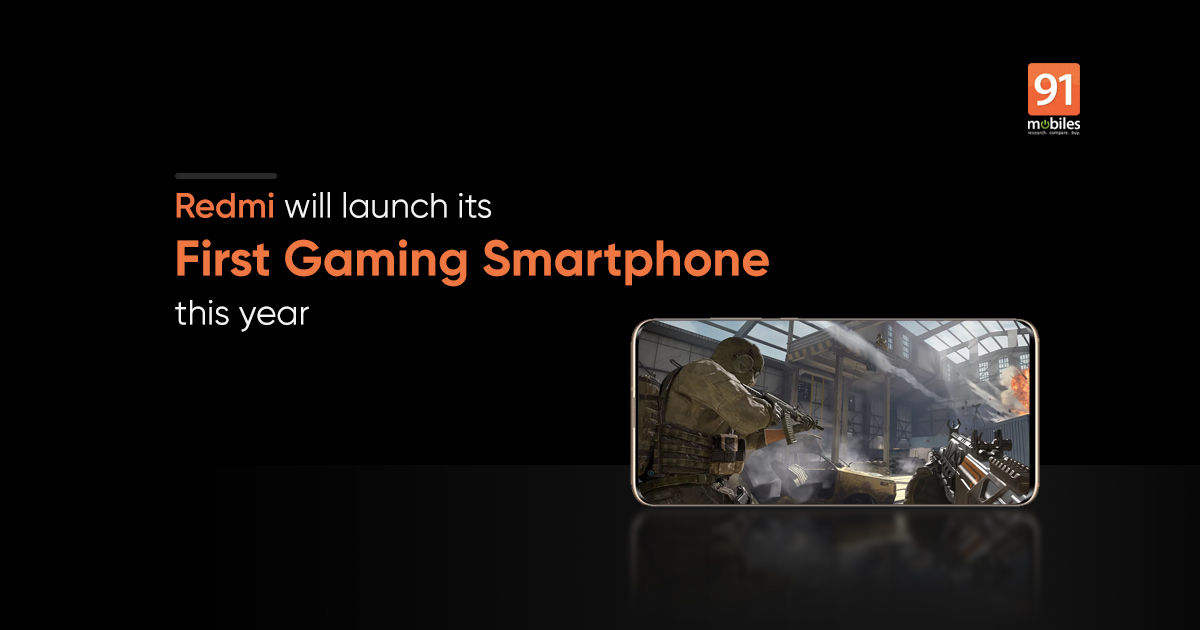 Xiaomi’s standalone brand Redmi will be one of the first brands to launch a premium flagship phone with the latest MediaTek Dimensity 1200 SoC, as confirmed by the company’s General Manager, Lu Weibing on Weibo. Additionally, the top executive has also confirmed the Redmi K40 launch will be in February, as reported recently, and that the brand will release its first flagship gaming phone in 2021 and it will be aggressively priced. While Lu Weibing hasn’t mentioned explicitly, we can speculate that a variant of the Redmi K40 and the upcoming gaming phone could both ship with the MediaTek Dimensity 1200 SoC. Unfortunately, not much else is revealed about the gaming phone at the moment but it could arrive with an AMOLED display, high refresh-rate, and more. 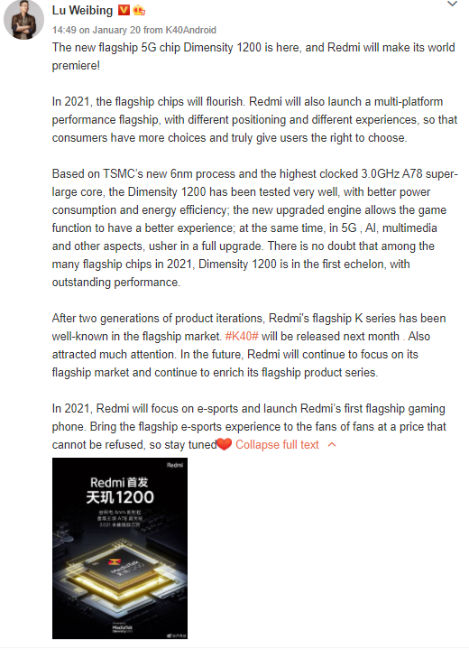 Lu Weibing in the Weibo post also said that Redmi will launch multiple flagships this year — positioned differently and offer varied experiences so customers have more choices to pick from. We should learn more about Redmi’s roadmap going forward.

As for the Redmi K40, the handset is expected to come with an FHD+ display, higher refresh rate, quad-cameras at the back and the battery capacity will be more than 4,000mAh. The handset will have 5G connectivity, at least a 6GB RAM option, and a centre-positioned punch-hole cutout for the selfie camera. The high-end variant in the Redmi K40 series is confirmed to arrive with Qualcomm Snapdragon 888 SoC, Quad HD+ display, probably an AMOLED panel, and 120Hz refresh rate. A recent report suggests there is also be a Redmi K40 variant with Snapdragon 870 processor in the works. Considering these details are based on leaks and speculations, we suggest you take them with a pinch of salt and wait for an official announcement, which should be out soon.