Xiamoi’s Redmi brand is known to be working on a Snapdragon 855 powered flagship, and the handset is slated to go official in the next few weeks. While there have been numerous rumours, leaks and reports, the brand’s head Lu Weibing has been fairly vocal about the phone’s features on Weibo. He already teased the flagship would have a 3.5mm audio jack, NFC support, and also mentioned the handset would have a better name. Now, he confirmed the phone would come with an ultrawide camera, reiterating the rumours. 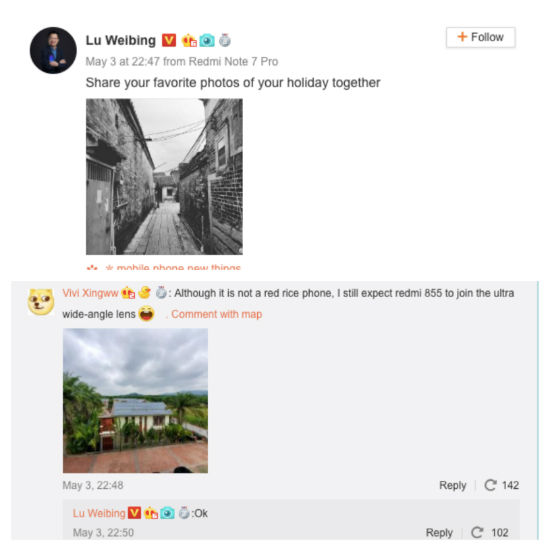 The upcoming Redmi flagship is touted to come with a triple rear camera setup consisting of a 48-megapixel primary Sony IMX586 sensor, an 8-megapixel secondary depth sensor, and a third 13-megapixel ultra-wide angle lens. The cameras could be backed by a dedicated night mode and AI enhancements. Other specifications include a 6.39-inch display, 8GB of RAM, and 128GB built-in storage. It is also reported to come with wireless charging support, suggesting the flagship could rock a glass back panel. On the front, rumours hint at a 32MP elevating camera for selfies and video chats. 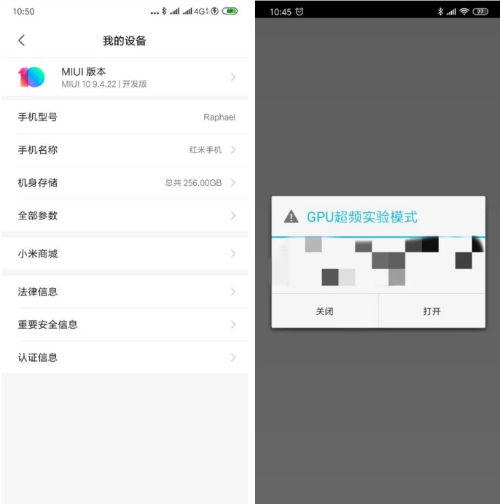 Separately, alleged screenshots of the upcoming Redmi flagship surfaced the internet, courtesy of a Twitter user Sudhanshu1414. These images reveal the flagship’s codename as “Raphael” and the other highlights the 256GB internal storage. Back in March, Mishaal Rahman of XDA-Developers, citing insider sources has shared three codenames of the Xiaomi flagships powered by the Snapdragon 855. While Raphael is one among them, the two were Mi 9 (Cepheus) and Mi MIX 3 5G (Andromeda).

The phone is also seen booting MIUI 10 based on Android 9.0 Pie and seems to rock a GPU overclocking feature. This is expected to increase GPU performance while intensive use and during gaming sessions. However, it is possible the feature might never make it to the stable version and is just limited to the testing phase. Another Xiaomi flagship with codenamed “davinci” with pop-up slider and Snapdragon 855 is under development. Both these handsets might be launching in India as well. While it isn’t confirmed yet, the Redmi flagship could be launching in China in the next few weeks, so we will have to wait some more time to know more details.