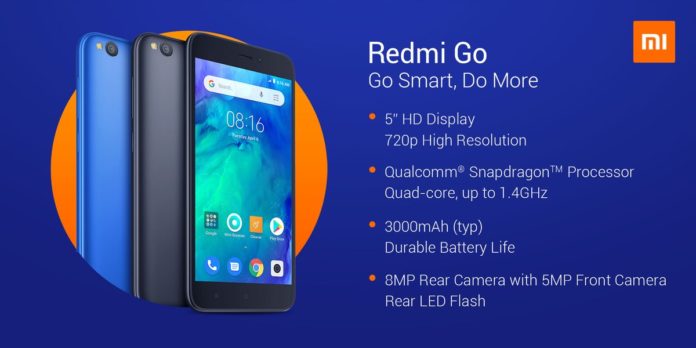 Xiaomi’s newest spun-off brand, Redmi is all set to launch its Android Go smartphone called Redmi Go in India this month. The handset has been subjected to a lot of leaks and rumours in the past and Redmi has also been teasing the same from its official global account. The handset recently went official in Philippines and we now have the idea of its price.

The Redmi Go is expected to be an entry-level smartphone as is expected of all Android Go Edition smartphones. The smartphone has been priced at at 3,990 Philippine Piso (~Rs 5,422). We can expect the handset to be priced similarly, when it goes official in our country this month. The handset is being offered in a single variant in Black and Blue colours. 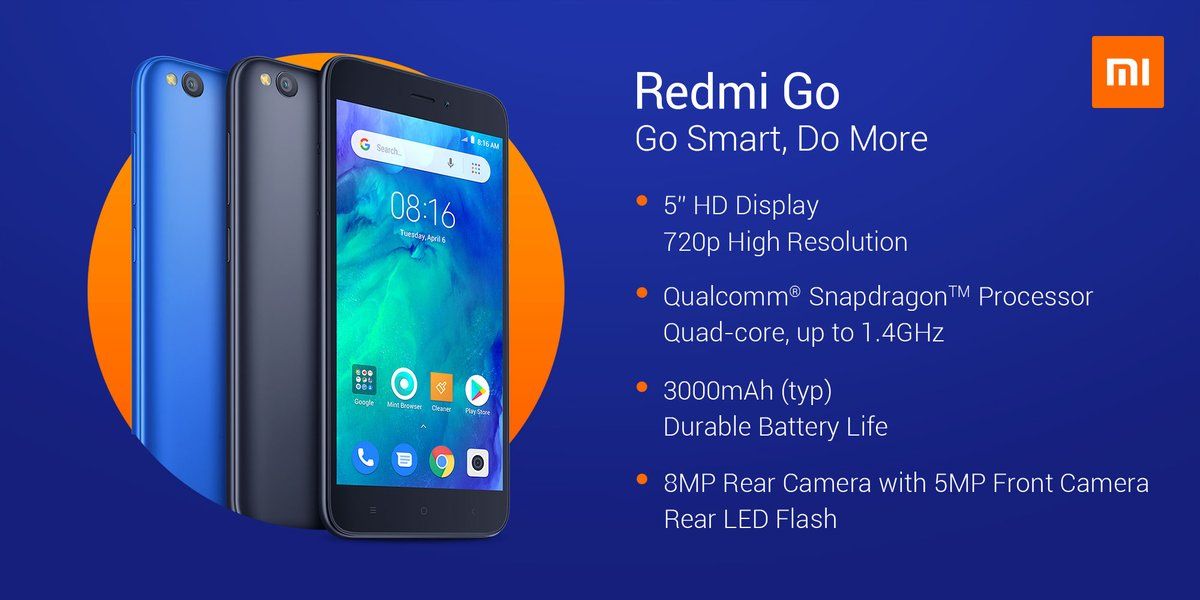 The Redmi Go ships with a 5-inch display featuring 1,280.x 720 pixels resolution and conventional 16:9 aspect ratio. Driving the performance of the smartphone is 1.4GHz quad-core Snapdragon 425 chipset backed by Adreno 308 GPU. The chipset is further accompanied by 1GB RAM and 8GB internal storage. The onboard storage can be further expanded up to 128GB using a microSD card. In the imaging department, the smartphone offers 8MP rear camera with LED Flash, f/2.0 aperture and 1.12μm pixel size along with 5MP f/2.2 front-facing camera.

The Dual SIM smartphone boots Android 8.1 (Oreo Go Edition) out of the box, which is stock Android with Go Suite of Google Apps. Powering the handset is a 3,000mAh battery. As for the connectivity options, you get 4G VoLTE, Wi-Fi 802.11 b/g/n, Bluetooth 4.1 and GPS.

We will know the exact price in India as well as availability this month, so stay tuned.