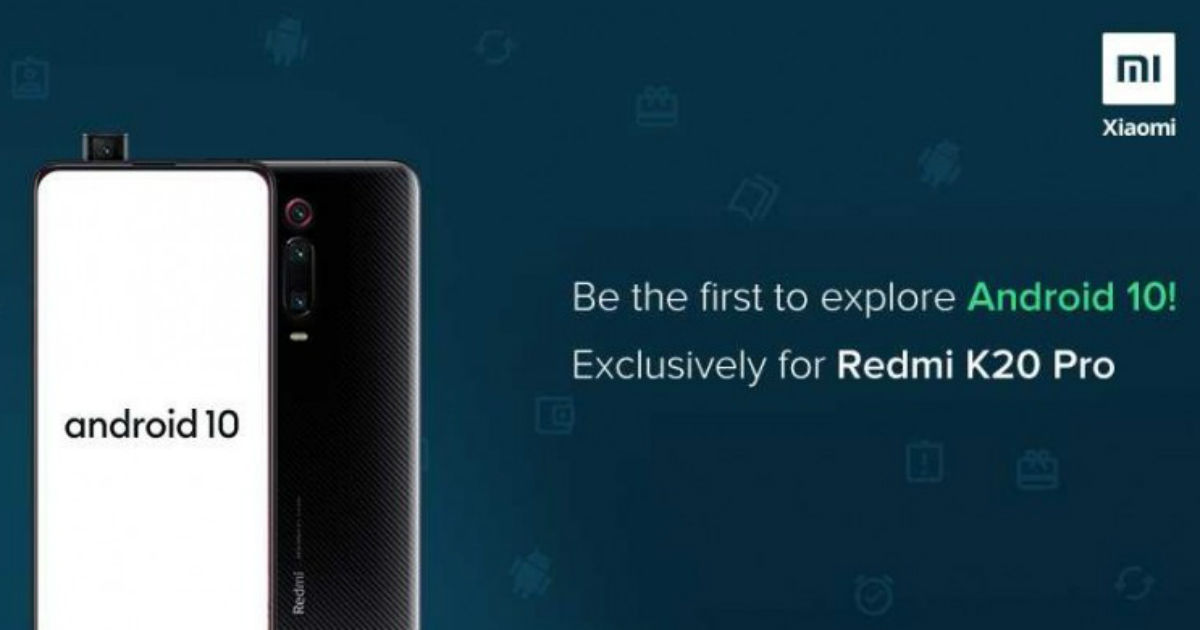 If you are a Redmi K20 Pro user, you can be among the first in the country to get a taste of the Android 10-based MIUI 10 build. Xiaomi has announced Redmi K20 Pro users in India can sign up to be beta testers for the Android 10-based MIUI 10 software started today and until 11:59:59pm on September 8th. The names of applicants who are selected for the Redmi K20 Pro Android 10 beta test will be announced by 9pm on September 11th. We already know it will be getting upgraded to Android 10 (which is the official name of Android Q) in the last quarter of 2019.

As part of the Redmi K20 Pro Android 10 beta program, the selected applicants will get special OTA update access and will be part of Xiaomi’s ‘Android 10 Test’ group. There will also be an exclusive Android 10 Tester medal involved. Lastly, the top performers in the beta programme will get a chance to attend the official launches.

How to apply for Redmi K20 Pro Android 10 beta program

In order to apply for the Redmi K20 Pro Android 10-based MIUI 10 beta test, the applicants need be an active member of the Mi Community in India and have at least the Semi Pro Bunny ranking. They are not allowed to leak the ROM provided to them for testing to anyone and must not post anything related to the ROM or the team on social media as well as forums. Of course, they should have thorough knowledge of MIUI and Android. To apply, applicants need to fill a Google form, providing their Mi Community ID and Telegram user name, and describing why they want to join the beta testing program.

As for the specifications, Redmi K20 Pro is the cheapest phone with the flagship-class Snapdragon 855 processor in the market today. It has a 6.39-inch full-HD+ Super AMOLED HDR10 screen with in-display fingerprint sensor. On the camera front, the phone has a pop-up module that houses the 20MP selfie camera, and 48MP + 8MP + 13MP triple rear camera with dual LED flash. Lastly, the smartphone has a 4,000mAh battery with 27W fast-charging support. The Redmi K20 Pro prices in India are Rs 27,999 and Rs 30,999 for the 6GB + 128GB and 8GB + 256GB variants, respectively.