91mobiles.com
Home News Redmi K20 Pro to be discontinued this month, but it will still... 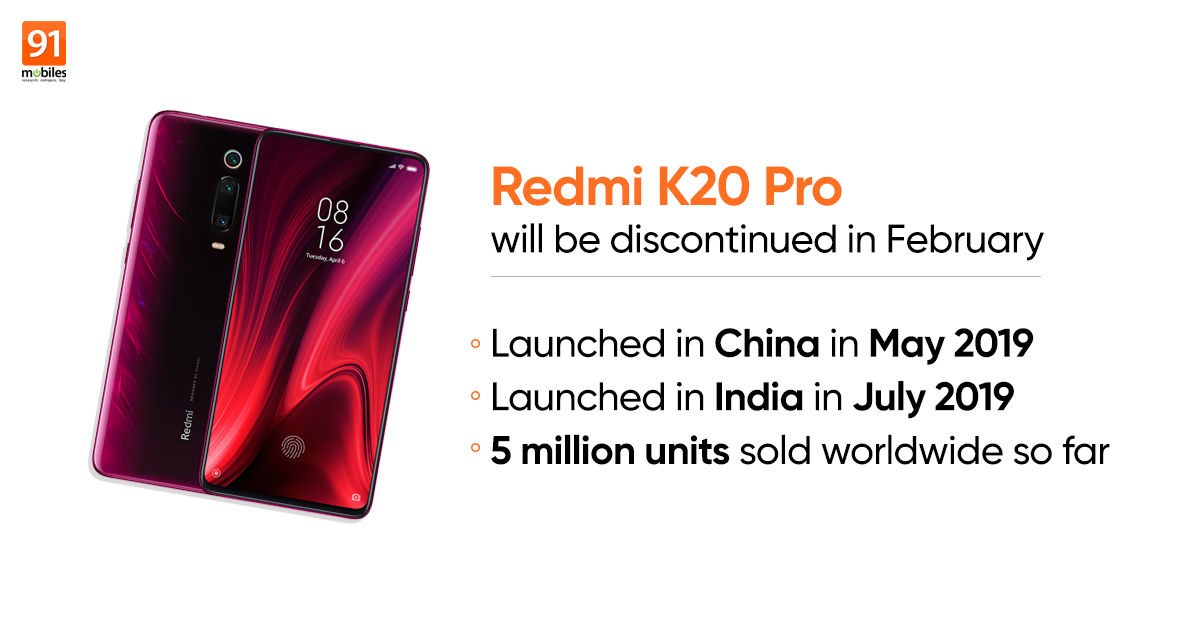 Redmi K20 Pro was launched last year as the brand’s flagship offering powered by a Snapdragon 855 SoC. The smartphone was launched in India last year in July with a price starting at Rs 27,999, making it the most affordable phone to be powered by the Snapdragon 855 SoC at the time. Ahead of the launch of the Redmi K30 Pro, Redmi General Manager Lu Weibing has confirmed that the Redmi K20 Pro will be discontinued later this month. In the announcement post, Weibing also shared that the brand has already managed to sell more than 5 million units of the smartphone, which is an impressive feat especially considering that it is one of the more expensive offerings in the Redmi product catalogue. Weibing didn’t mention if the Redmi K20 Pro discontinuation was limited to China or the handset will be discontinued in other markets including India later this month as well.

However, Gadgets 360 reached out to the brand to confirm the handsets availability in India and Redmi responded by saying, “Redmi K20 series will continue to be available in India as it’s our number one premium smartphone series.” From the brand’s statement, it seems clear that the handset will remain available in India post this month as well. Having said that, Weibing’s statement seems to be a clear indication that the brand is planning to launch Redmi K30 Pro soon.

Starting with the display, the Redmi K20 Pro packs a 6.39-inch AMOLED Full HD+ panel that has a 19.5:9 aspect ratio and a screen-to-body ratio of 91.9 percent. For security, the handset comes with an in-display fingerprint sensor. To drive the performance, there is a flagship Snapdragon 855 SoC ticking at the handset’s core, paired with up to 8GB of RAM and 256GB internal storage. If we talk about optics, the phone comes with a triple camera setup on the back, headlined by a 48MP primary shooter, and a 20MP pop-up selfie camera. Redmi K20 Pro packs a 4,000mAh battery and supports 27W fast charging. On the software side, the Redmi K20 Pro has been updated to Android 10 with EMUI 11 on top.