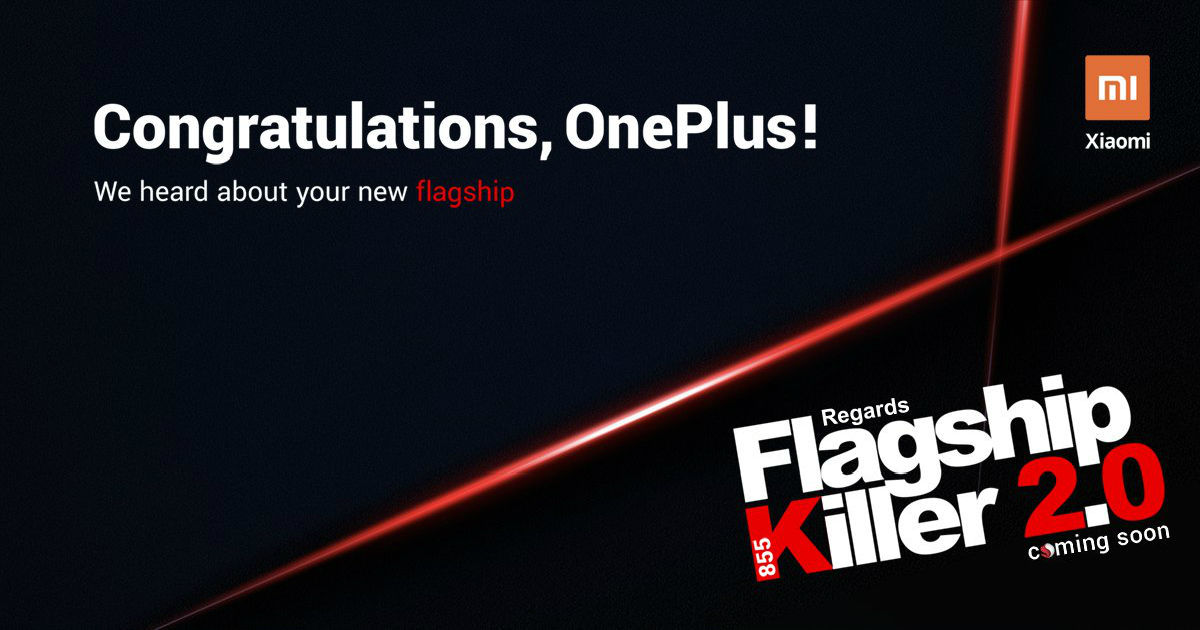 After numerous leaks and speculations, Xiaomi’s standalone brand Redmi confirmed its upcoming flagship would be called Redmi K20, where K stands for Killer. While we wait for an official launch date in the brand’s home soil China, Xiaomi India head Manu Kumar Jain in a tweet teased the handset’s India launch soon, focussing on ‘K’ and ‘2.0’. It is an apparent reference to the K20 moniker and is also branding it as a ‘Flagship Killer’ that will be taking on the OnePlus 7. It is important to point out that Redmi is still not a standalone entity in India and still a part of Xiaomi.

Furthermore, the teaser confirms the phone will be powered by the Snapdragon 855, in-line with the expectations. However, nothing else is revealed yet. However, previous rumours suggest the Redmi K20 might come in three variants — 6GB RAM + 64GB, 6GB RAM + 128GB and 8GB RAM + 256GB. The handset is said to sport 6.39-inch full-HD+ AMOLED display and is speculated to rock a pop-up slider to accommodate the 32MP selfie snapper. The phone is also reported to come with wireless charging support and an in-display fingerprint sensor for biometric security. It is said to run on Android 9.0 Pie with MIUI 10 skin on top; reports claim the phone could come with Android Q beta support out of the box.

As for the optics, the handset is also touted to come with a triple rear camera setup consisting of a 48-megapixel primary Sony IMX586 sensor, an 8-megapixel secondary depth sensor, and a third 13-megapixel ultra-wide angle lens. It is said to pack 4,000mAh battery with fast charging support. Lastly, there are speculations that Xiaomi might market one of the K20 variants as Poco F2 in India. Since the teaser doesn’t mention a launch date yet, we will have to wait for an official announcement.