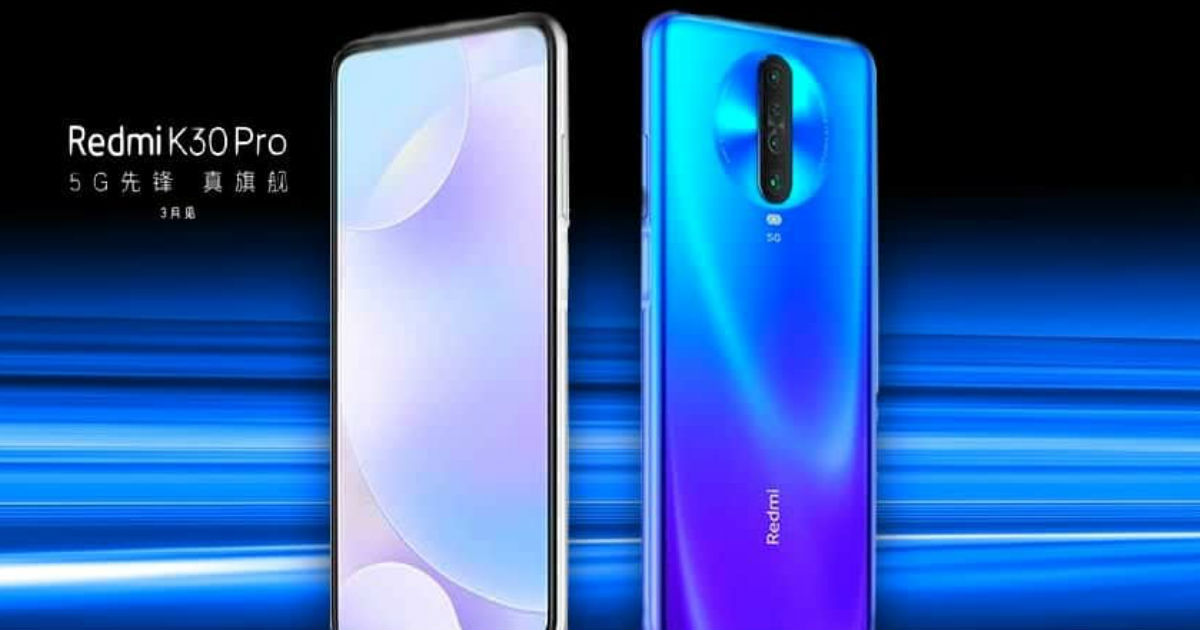 “Redmi K30 Pro is launching in China on March 24th with specifications like the Snapdragon 865 SoC, 5G support and AMOLED display”

Redmi K30 Pro will launch on March 24th, a new teaser poster on Chinese micro-blogging site Weibo has confirmed. The upcoming flagship smartphone from Xiaomi has been highly anticipated as it is expected to launch with specifications like the Snapdragon 865 SoC, 5G support, AMOLED display and a high refresh rate, among other things. Fans in India, however, have different reasons to be excited about the Redmi K30 Pro launch. There are rumours and reports that the smartphone may launch in India as the POCO F2, which many eager POCO fans have been waiting for since last year. 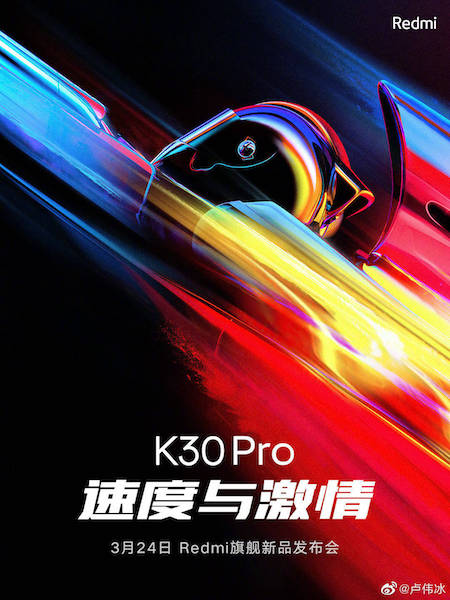 The poster spotted on Weibo reveals the launch date for the Redmi K30 Pro as March 24th. The race car theme in of the poster suggests the smartphone will be fast and powerful, which is expected from a device powered by the flagship Snapdragon 865 chipset. The smartphone will go official in China before heading to other markets. There have been a few teasers and reports in the past that claim that the Redmi K30 Pro specifications will include a 4,700mAh battery, a notchless AMOLED display, a pop-up selfie camera and 33W fast charging support.

Redmi K30 Pro to launch in India as POCO F2?

A big question is whether the company will launch the Redmi K30 Pro as it is in India or as the POCO F2. To recall, the brand did bring the Redmi K20 Pro to the country last year, but the phone met with some negative reactions as fans did not feel the flagship was as competitively priced as the POCO F1 before it.