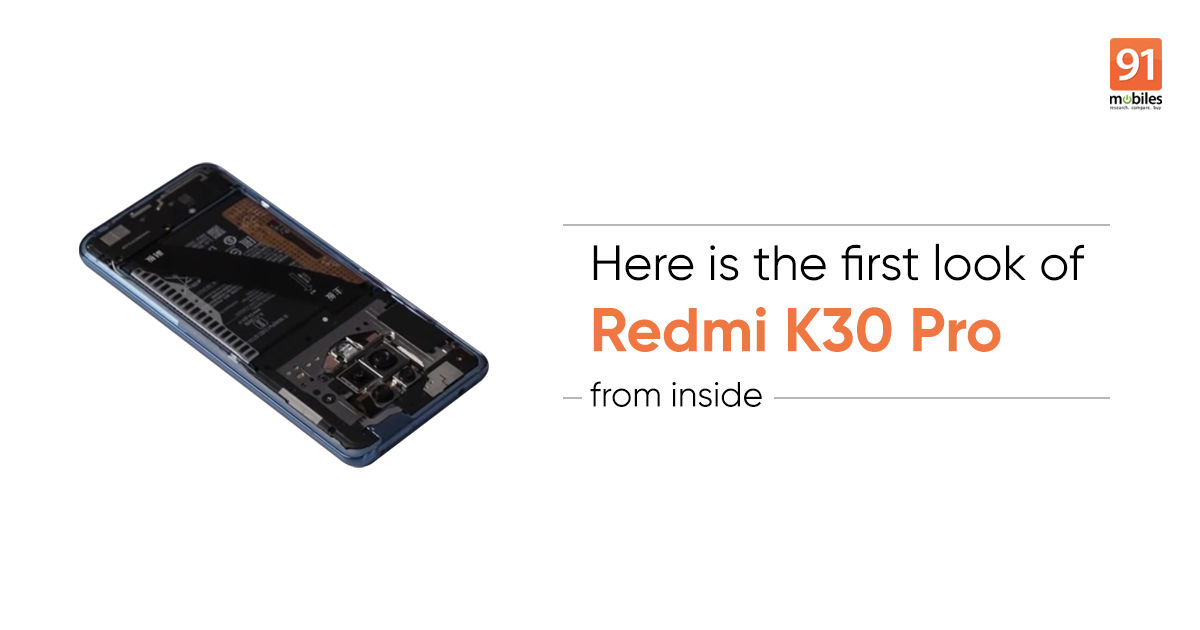 “Redmi K30 Pro is confirmed to come with Super Bluetooth feature along with Bluetooth 5.1 that has an operational range of 400 meters”

Redmi K30 Pro will be launching in China tomorrow, i.e March 24th. We already know the phone will be coming with the Snapdragon 865 SoC, quad-camera set up in a circular module, and a pop-up selfie camera. Now, ahead of the launch, Redmi Product director, Wang Teng Thomas offers a closer at the Redmi K30 Pro internals in a disassembly video. A beefy 4,700mAh battery is seen taking a majority of the space along with the four camera modules and motorised selfie camera. The PCB’s are packed densely and are also stacked on top of each other in a sandwich-style design. The video also shows off the liquid cooling setup, which is claimed to be the largest vapour chamber on a smartphone till date measuring 3,435 square megameters. It is further assisted by a large heat transfer area, as well as a heat conductive sticker.

As for the Redmi K30 Pro specifications, it is tipped to feature an AMOLED display with an in-screen fingerprint sensor for security and a pop-up selfie camera. The phone will have a 64MP primary Sony IMX686 sensor, UFS 3.1 storage and LPDDR5 RAM onboard. The 4,700mAh battery will have support for 30W fast-charging tech. Connectivity features could include dual-band Wi-Fi, 5G, 4G LTE, and GPS. We should know more about the Redmi K30 Pro when it goes official tomorrow.