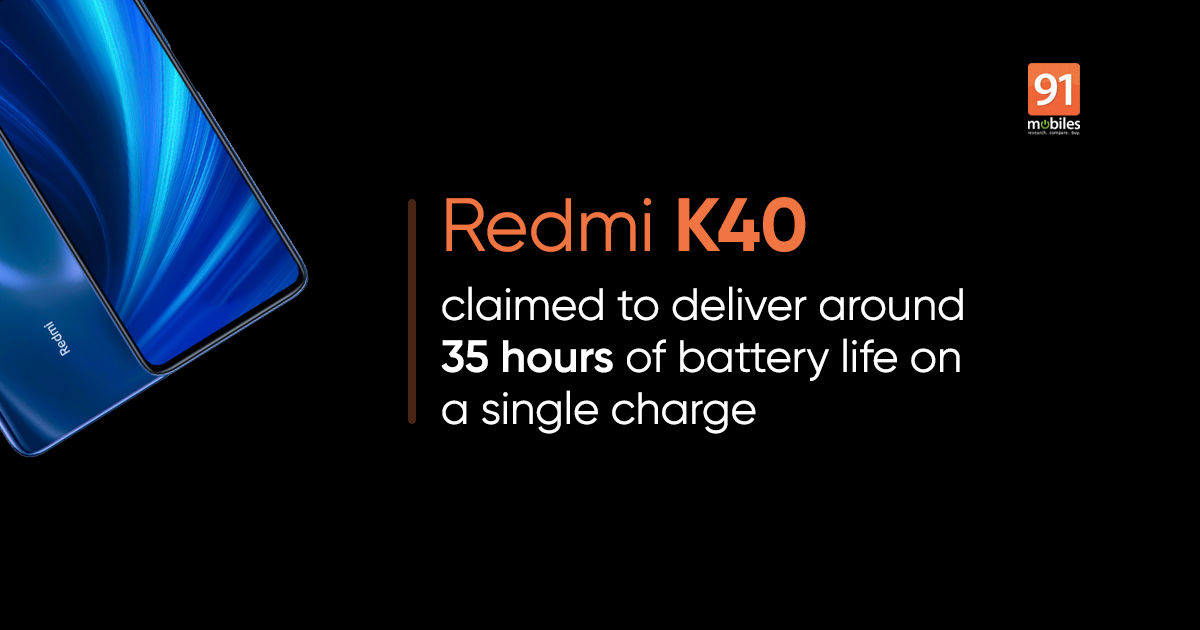 Redmi K40 launch is expected next month and the smartphone’s price and specifications have been tipped already. The handset was recently tipped to arrive with the latest MediaTek Dimensity 1200 SoC while another report claims at least two models powered by the Snapdragon 888 chipset. Now, Redmi brand general manager, Lu Weibing, has teased the Redmi K40 battery performance in a Weibo post. The screenshot shows the phone still has 64 percent of battery life left despite 10.5 hours of usage. The MIUI system app predicts the phone will be able to last 25 hours more with the remaining battery, so we’re looking at a 35-hour battery life on a single charge.

While the Redmi K40 battery life looks impressive on screen, one can’t draw conclusions based on the stats just yet as the usage patterns may vary and the executive hasn’t specified whether the SOT (Screen On Time) was recorded during heavy usage.

The screenshot also reveals the Redmi K40 will have an FHD+ display with 2,400 X 1,080 pixels resolution. We can speculate the phone may have a centre-positioned punch-hole design, seeing as the status bar icons are placed on the corners and the battery capacity will be more than 4,000mAh. The recently leaked poster image suggested the high-end variants in the Redmi K40 series will be powered by the Qualcomm Snapdragon 888 SoC and equipped with the “most expensive straight screen”, which could mean that it may have a 2K panel with a 120Hz refresh rate.

The recently leaked Redmi K40 live images showed off a rectangular camera module at the back that houses a large camera sensor and three regular lenses. The handset is said to ship with 5G connectivity and we can expect the base model to have at least 6GB RAM.
Redmi K40 price is said to start from RMB 2,999 (approx Rs 34,000). It true, it will be one of the most affordable Snapdragon 888-powered flagship phones on the market. Since we’re closing in on the rumoured launch timeline, we should learn more about the Redmi K40 series in the days to come.