Redmi K40 launch date has finally been revealed and it looks like the smartphone is set to arrive later this month. The company has posted a launch event invite on Chinese microblogging site Weibo, which reveals that the Redmi K40 launch date is February 25th. The smartphone will be succeeding the Redmi K30 5G that was announced back in December 2019. Redmi K40 specifications have been tipped several times in recent weeks and we have also seen renders and live images that give us a good idea about what to expect in terms of design. Meanwhile, the rumoured Redmi K40 Pro will be launching later this year. 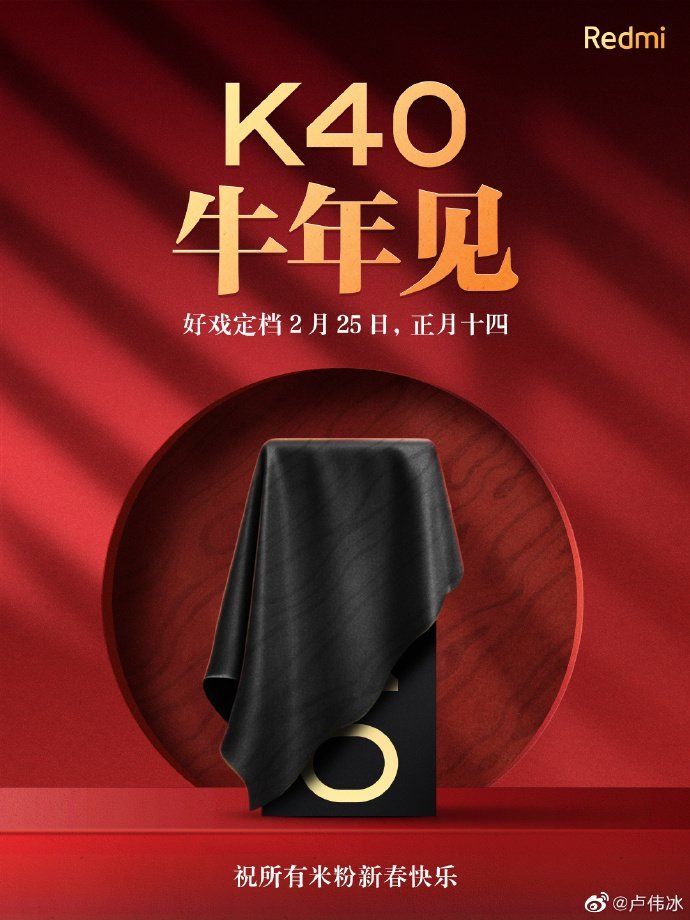 The Redmi K40 will arrive with a punch-hole display instead of a pop-up camera mechanism as seen on its predecessor. Redmi general manager Lu Weibing also confirmed that it will be the smallest punch-hole cutout on a smartphone yet. Redmi K40 specs tipped so far include an FHD+ display with a 120Hz refresh rate and an LCD panel. The smartphone may be powered by the MediaTek Dimensity 1200 chipset, but there are also rumours that the phone will come with the Qualcomm SNapdragon 870 SoC or the Snapdragon 888 chipset paired with 6GB RAM and 128GB internal storage.

Redmi K40 is expected to run on the latest Android 11-based MIUI 12.5 and the device should come with 5G support as well. While the Redmi K40 battery capacity hasn’t been leaked yet, the company has teased that the phone will come with more than 4,000mAh battery and deliver a long-lasting battery life. The smartphone’s camera specs are also under wraps as of now.

Redmi K40 price in China was also leaked a while back. The smartphone may be announced with a starting price of CNY 2,999 (approx Rs 34,000). This would make it cheaper than the Mi 11 and one of the most affordable Snapdragon 888-powered phones, if the smartphone indeed launches with the flagship chipset that is.