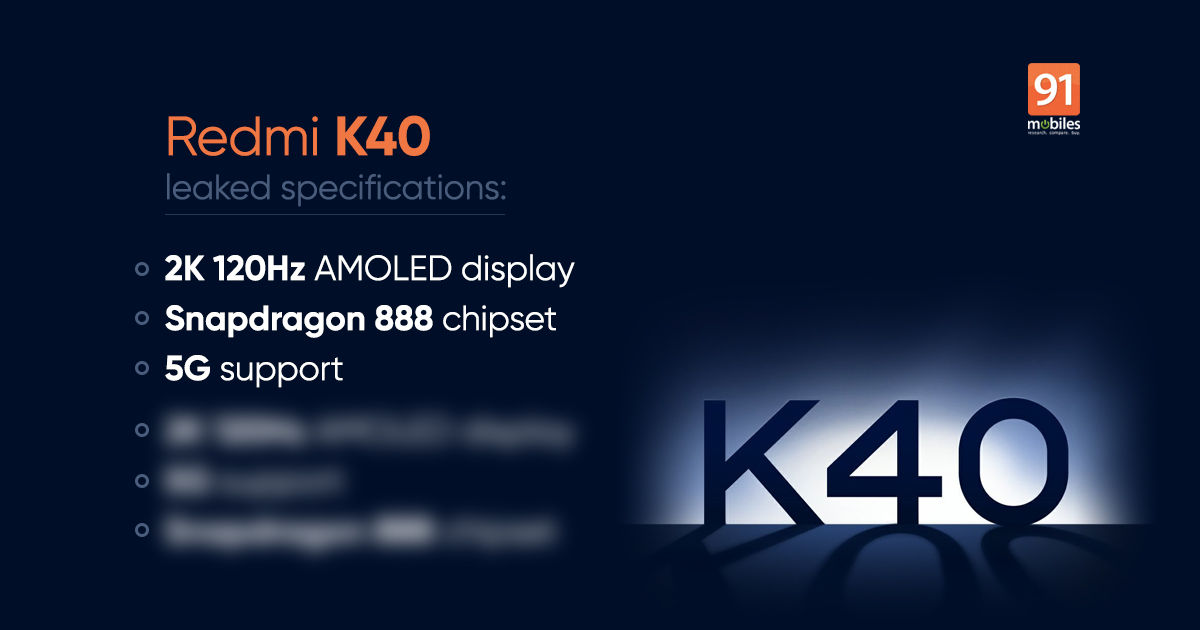 Redmi K40 price and key specifications have been teased ahead of the phone’s official launch next month. Tipster Mukul Sharma spotted what seems to be an official-looking teaser image on Weibo announcing the imminent launch of the Redmi K40 series. The flagship smartphone will release in February, as per the teaser, and it will be a “cost-effective” device, which means we can expect it to arrive with disruptive pricing. Speaking of which, the Redmi K40 price has also been mentioned in the teaser image along with a few features, including the chipset, battery capacity, and display.

According to the image, the Redmi K40 will be powered by the flagship Snapdragon 888 chipset. The smartphone will pack a battery that is “more than 4,000mAh” and it will feature the “most expensive straight screen”, which seems to suggest a display similar to the Mi 11 but with a flat screen instead of curved sides. To recall, the Mi 11 was launched with a 2K 120Hz AMOLED display.

Redmi K40 price is tipped to start from CNY 2,999 (approx Rs 34,000). This would make it CNY 1,000 cheaper than the Mi 11 and a contender for the most affordable Snapdragon 888-powered device yet. However, we suggest taking this price leak with a pinch of salt for now.

Some alleged Redmi K40 live images surfaced online last month, revealing a device with a centre-aligned hole-punch display instead of a pop-up selfie camera mechanism and a rectangular rear camera module that houses a large camera sensor and three smaller cameras. It goes without saying that the Redmi K40 will come with 5G support and we can expect the base variant to offer 6GB of RAM. We expect to learn more about the Redmi K40 specifications in the weeks leading up to the launch.