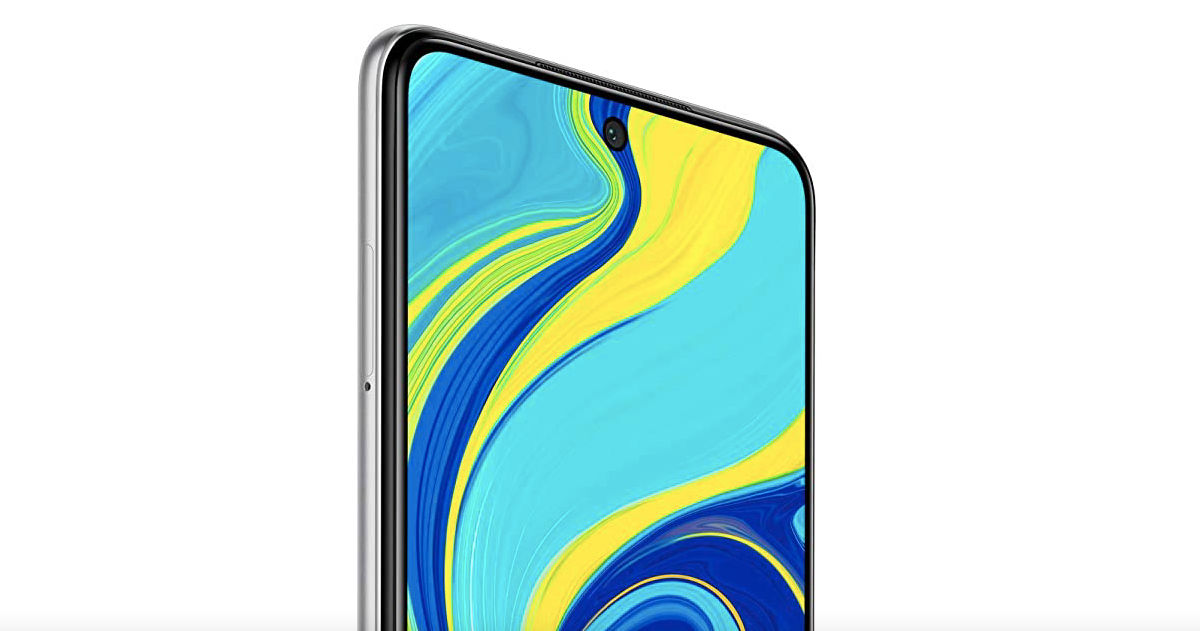 Redmi K40 launch is expected to happen sometime later this month and the series is said to include three models, a vanilla Redmi K40, Redmi K40S and the Redmi K40 Pro. Now, ahead of the launch, Redmi’s general manager Lu Weibing has confirmed the Redmi K40 will have a centre-positioned punch-hole display to house the selfie camera. This is a shift from the pop-up selfie camera module on the Redmi K30 Pro and K30 Ultra. Furthermore, the executive says the goal was to achieve the highest possible screen-to-body ratio and that the Redmi K40 display will have the smallest punch-hole cutout seen on a phone yet. To recall, the Vivo S5’s punch-hole is 2.98 millimetres and is currently claimed to be the smallest punch-hole. This suggests the Redmi K40 cutout will be smaller than the Vivo S5. 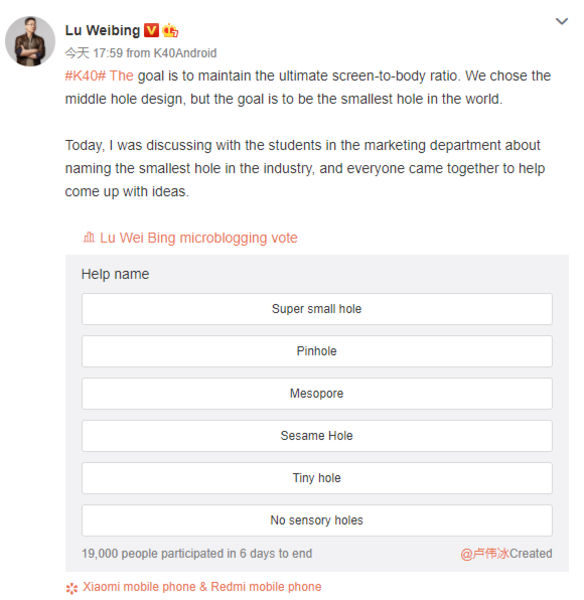 Redmi K40 is expected to come with an FHD+ display, possibly 120Hz refresh rate and an LCD panel. It could be powered by the MediaTek Dimensity 1200 SoC. However, there are rumours the handset could have a variant with Snapdragon 870 SoC paired with at least 6GB RAM, and 128GB storage option. It is likely to boot Android 11-based MIUI 12.5 custom skin on top. Connectivity features could include 5G, 4G LTE, dual-band Wi-Fi, Bluetooth, GPS and USB Type-C port for charging and data sync. Redmi K40 could come with a battery capacity more than 4,000mAh.

The Redmi K40 Pro is confirmed to arrive with Qualcomm Snapdragon 888 SoC. It may ship with a Quad HD+ AMOLED display, 120Hz refresh rate, punch-hole design and 108MP primary camera. Considering these are based on rumours and reports surfaced on the web, we suggest you take these details with a pinch of salt and wait for an official announcement.