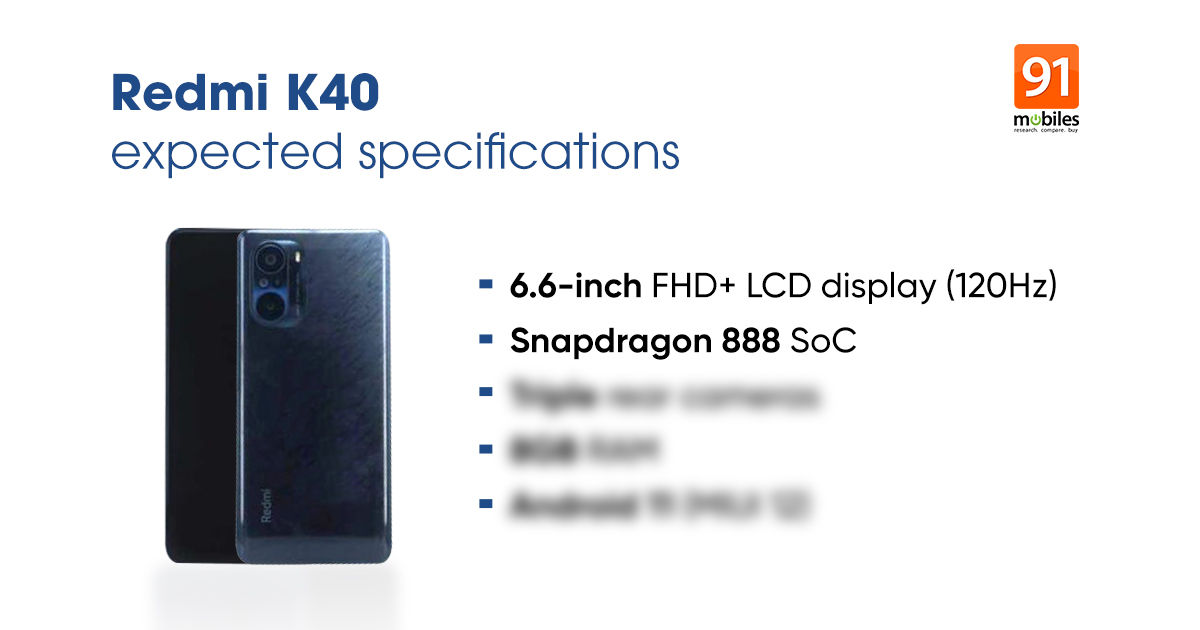 Redmi K40 series launch is scheduled to in China for February 25th and the series is expected to include the vanilla K40 and the K40 Pro. The upcoming series is confirmed to come with a tiny punch-hole cutout and a triple-camera system. A poster also confirmed that one of the phones (most likely the Pro model) will be powered by the Qualcomm Snapdragon 888 SoC. Now, a Redmi K40 device with model number M2012K11AC has appeared on Geekbench ahead of launch. The listing reveals key Redmi K40 specifications, including the chipset, RAM, and software details.

The handset has managed to score 1016 points in the single-core test and 3332 in the multi-core test, respectively. The motherboard has the ‘alioth’ codename, which is associated with the Qualcomm Snapdragon 870 SoC, which suggests it will be the Redmi K40 Pro that will launch with the flagship Snapdragon 888 SoC. The Redmi K40 is said to pack 8GB RAM and run Android 11 OS, according to Geekbench.

Redmi K40 is said to come with a 6.6-inch FHD+ LCD display with a 120Hz refresh rate and a tiny centre-positioned punch-hole cutout for the selfie camera. It will pack 8GB of RAM and 128GB of internal storage, but there could be other options at launch. The phone is likely to have a battery capacity of more than 4,000mAh with fast-charging support. The handset is likely to run Android 11-based MIUI 12. Connectivity features could include 5G, 4G LTE, Wi-Fi 6, Bluetooth 5.2, GPS, NFC, and USB Type-C port for charging and data sync. 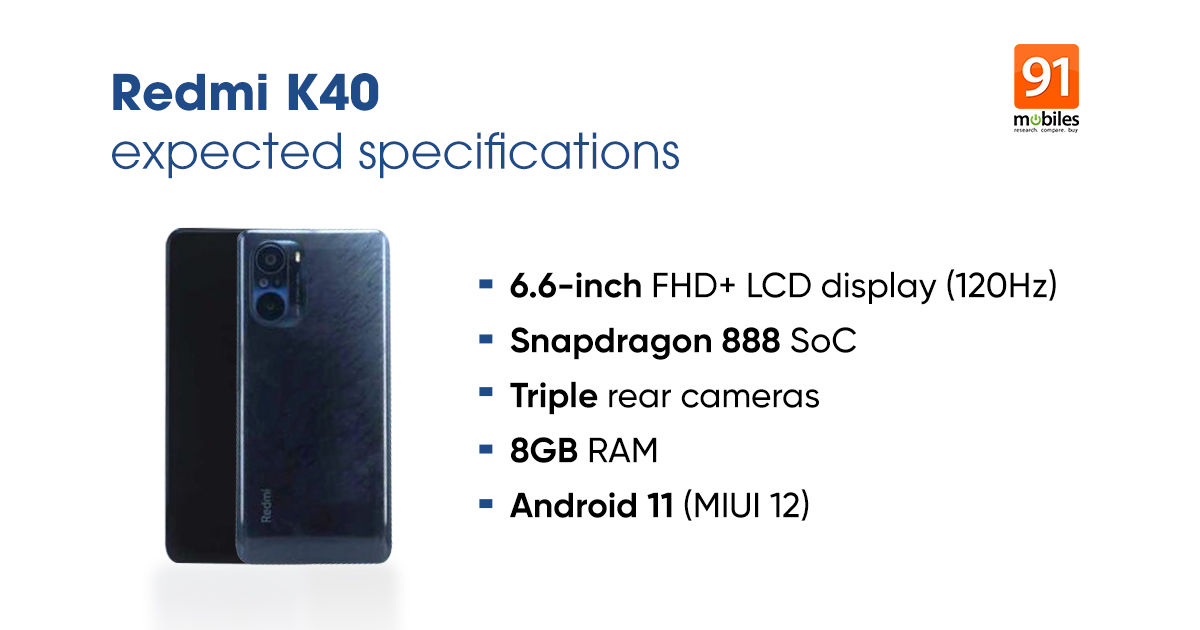 While details regarding the optics are scarce at the moment, it is confirmed to house triple lenses in a rectangular housing. The phone may have a side-mounted fingerprint sensor for security and all the models will come with 5G connectivity. Unfortunately, that’s everything we so far know about the Redmi K40 series but we won’t have to wait long before the company reveals the prices and official specs.