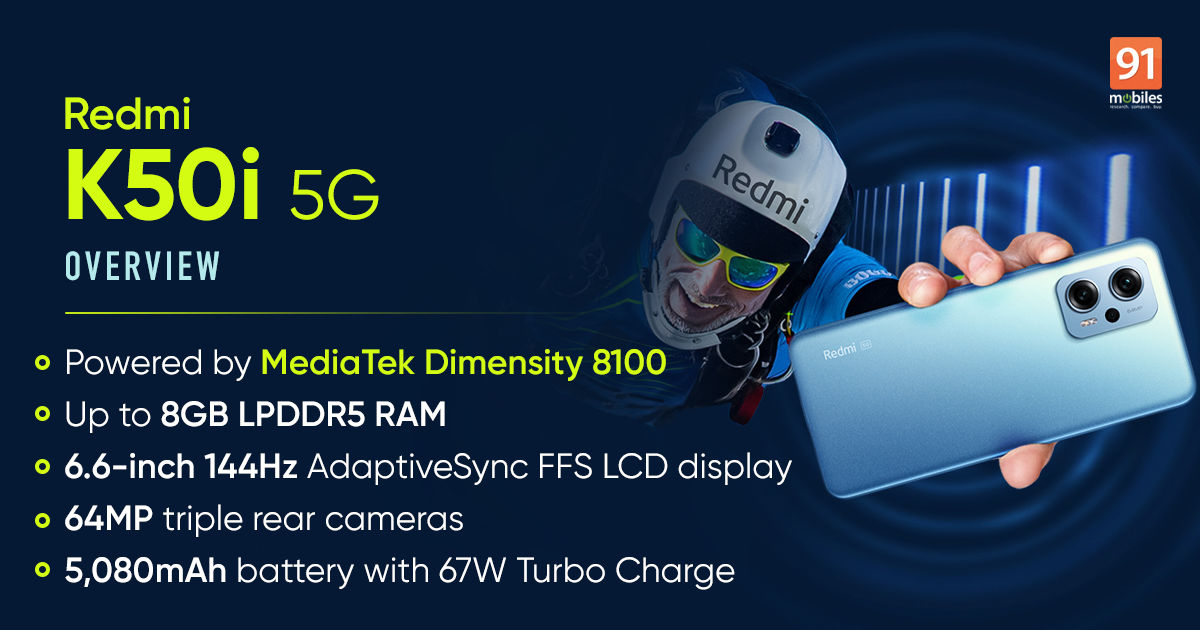 The Redmi K20 Pro was the best-selling flagship phone in India in the third quarter of 2019 as per data by Canalys. Now almost after three years, Redmi is bringing back the K series with a similar formula – offering flagship-grade performance at an enticing price, and thus aiming to bag the title of the ‘flagship killer’. Its latest is dubbed the Redmi K50i 5G, where “i” represents many things, including ‘incredible’ performance with MediaTek Dimensity 8100, an ‘immersive’ 6.6-inch 144Hz AdaptiveSync FFS LCD panel, and an ‘impressive’ 64MP main camera, among others. So, is the Redmi K50i 5G the new flagship killer to watch out for? Let’s find out.

Inside the Redmi K50i 5G ticks the powerful MediaTek Dimensity 8100 chipset, which is based on the flagship TSMC 5nm manufacturing process. The octa-core CPU offers four Cortex-A78 cores running at 2.85GHz, whereas the four energy-saving Cortex-A55 are clocked at 2GHz. To boost the performance even further, the phone is paired with a high-speed 6GB / 8GB LPDDR5 RAM and 256GB / 512GB UFS 3.1 storage, making it one of the fastest smartphones in terms of memory and storage. In fact, AnTuTu Benchmarks suggest that the handset manages to surpass Apple A15 Bionic-fuelled iPhone 13.

For a smooth gaming experience, the SoC ships with Mali-G610MC6 GPU and the famed MediaTek HyperEngine 5.0 technology. The former is a hexa-core processor based on the third-generation Valhall architecture, while the latter brings forth features such as AI-VRS and Hybrid AI-GPU Super Resolution to offer realistic visuals while playing your favourite titles. There’s also a Networking Engine that offers capabilities such as Wi-Fi / Bluetooth Hybrid Coexistence 2.0 and low latency and better sound quality while connected via Bluetooth. 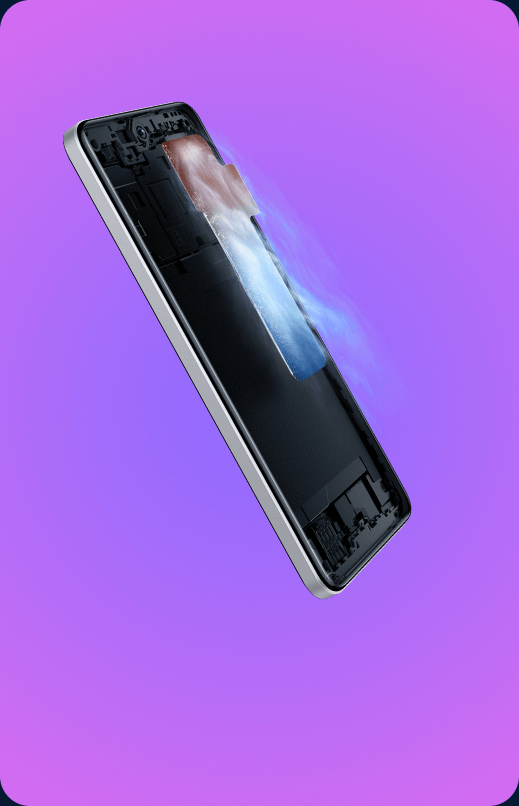 This K50i 5G also features LiquidCool Technology 2.0, with seven-layer graphite and a super advanced vapour chamber to keep the thermals in check while offering peak performance.

To deliver immersive visuals, the Redmi K50i 5G comes with a 6.6-inch AdaptiveSync FFS LCD panel with a 20.5:9 aspect ratio. What’s impressive is that the device supports a 144Hz refresh rate with a seven-stage DynamicSwitch feature to ensure that you can enjoy a smooth experience while ensuring a better battery life at the same time. The Corning Gorilla Glass 5-protected screen can offer one billion colours and supports the DCI-P3 wide colour gamut to offer vivid visuals in richer details.

Redmi K50i 5G’s display is Dolby Vision certified, making sure that it offers good contrast and saturation. The display also supports DC dimming, and the company says it is the industry’s first LCD mobile screen to be certified with DisplayMate A+ ratings. Making it the perfect multimedia offering, the handset also offers Dolby Atmos support along with Hi-res Audio support in wired and wireless modes.

On the camera front, the Redmi K50i 5G sports a triple-camera array with a 64MP main camera with f/1.89 aperture, accompanied by an 8MP ultra-wide shooter and a 2MP macro lens. This ensures that you can capture all scenarios quite well, be it landscapes or close-ups. The cameras leverage MediaTek Imagiq 780 ISP to deliver clear and sharp photos even in low light. The phone also supports 4K recording and has several photography features like Portrait Mode, Night Mode, Vlog, and Clone. 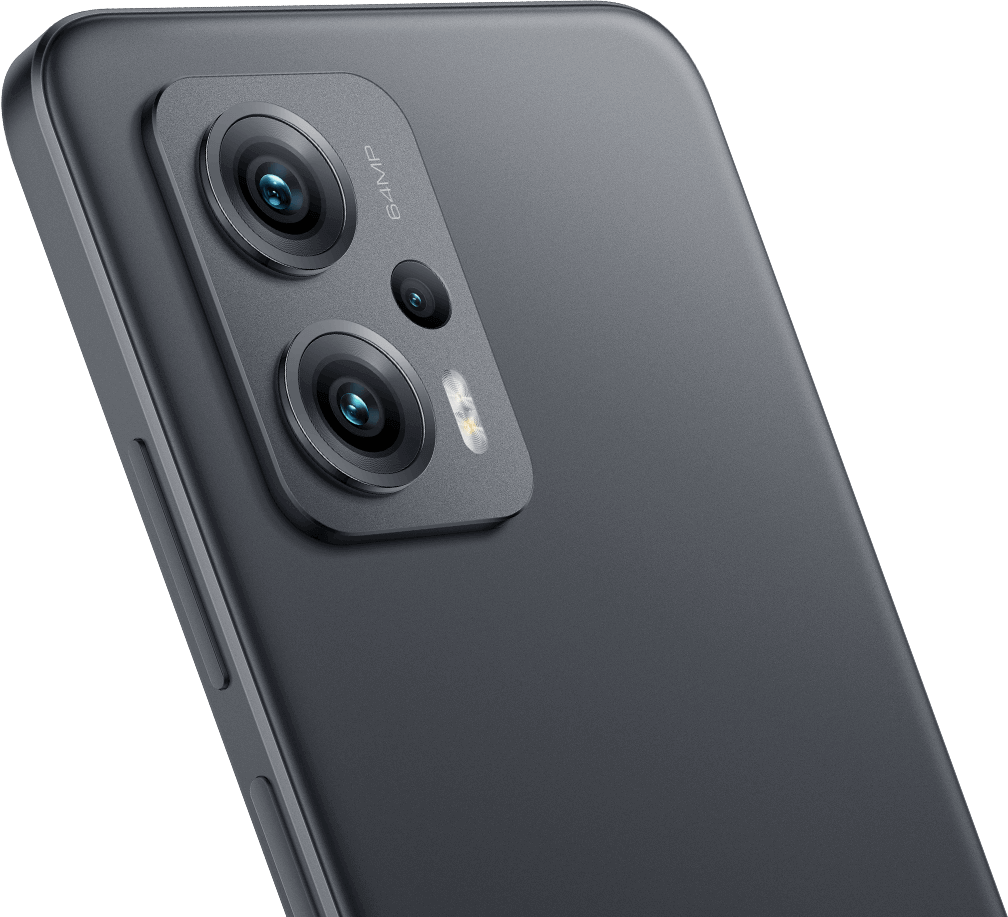 There’s a 16MP selfie camera inside the punch hole on display. The Vloggers would love that it supports 1080p video recording.

Just like the Redmi K20 series, the Redmi K50i 5G also comes with a unique design language. It features a premium-looking polycarbonate back with an attractive camera module. The phone is also quite slim with its frame measuring 8.87mm. Despite tipping the scales at 200g, it doesn’t feel heavy because of the flat edges, which results in a better grip. 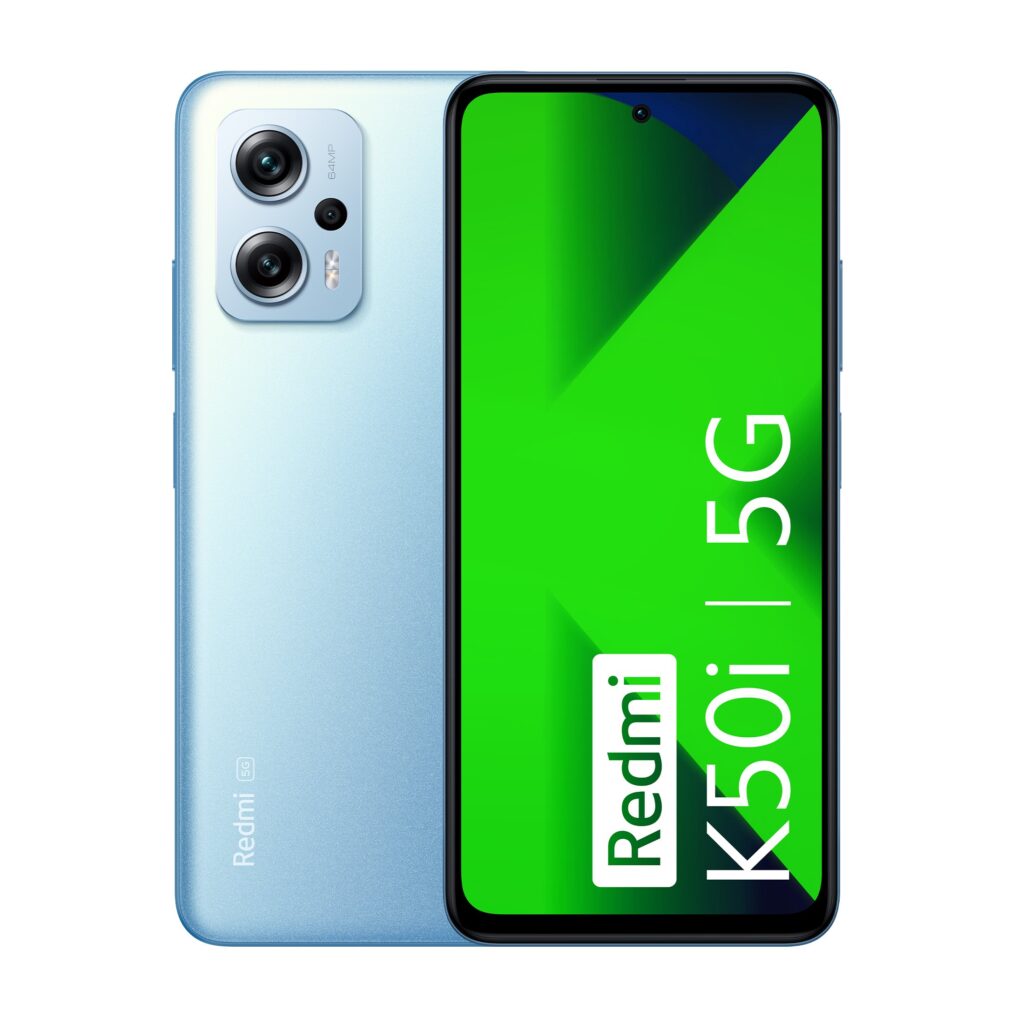 Redmi is launching the K50i 5G in three colours in the form of Phantom Blue, Quick Silver, and Stealth Black. While the black version features a matte look, the silver and blue offer a crystal-like effect with a gradient colour shift pattern depending upon the angle light hits its surface, adding to the charm. The handset is also IP53 certified for dust- and water resistance.

The Redmi K50i 5G comes with MIUI 13 running atop Android 12. This latest custom OS from Xiaomi has some new and useful features that make the software experience smoother and lighter than ever.

Moreover, it comes with Processor Priority Optimisation (PPO) feature. With the help of the MediaTek Dimensity 8100 processor, it uses system resources based on scenarios and makes MIUI even more responsive. Then there’s the Smart Balance feature that provides the right match between performance and power and thus increases battery life as well.

The Redmi K50i 5G packs a massive 5080mAh battery with support for up to 67W Turbo Charge and up to 27W PD charging. The big battery and fast charging ensure you never run out of juice even on heavy usage. The phone also has a “dual split charging technology” feature that allows current to split into two directions instead of charging only from the bottom, which ensures battery safety. 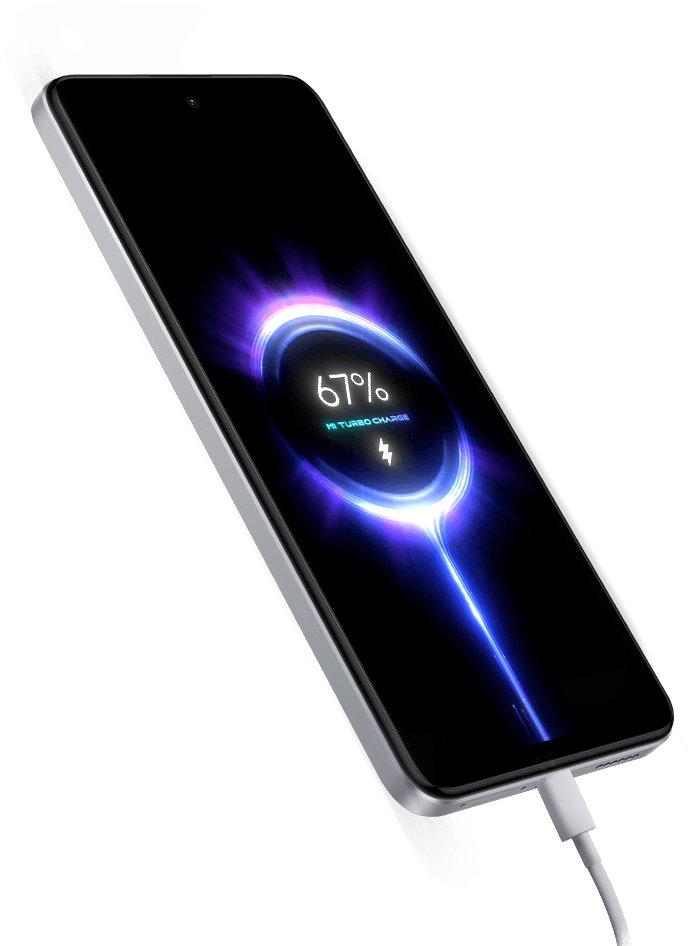 Regarding connectivity, the Redmi K50i 5G ticks all the boxes with 5G SA/NSA, Wi-Fi 6 (2.4 + 5GHz), 2×2 MIMO, Bluetooth 5.3, Beidou, GPS (L1+L5), GLONASS, and NFC. To make the device future-proof with the support for next-gen cellular networks, Redmi offers 12 5G bands on the K50i 5G, the most ever on a Redmi phone – promising that the device will be ready for 5G as soon as it gets launched in the country. Alongside this, the latest Wi-Fi 6 and Bluetooth 5.3 ensure your phone has seamless connectivity all the time.

Like the previous Redmi K series phones, the Redmi K50i 5G stays true to the promise of flagship specs, while being priced attractively. With features like the MediaTek Dimensity 8100 chipset accompanied by the fastest RAM and storage, a 144Hz AdaptiveSync Display, 64MP optically-stabilised camera, and 67W Turbo Charge, the handset warrants your attention. Add to it its starting price of Rs 25,999, and it becomes a no-brainer. The smartphone will go on sale from July 23rd on Amazon.in, Mi.com, and retail stores.

Top MediaTek-powered smartphones you can buy in India