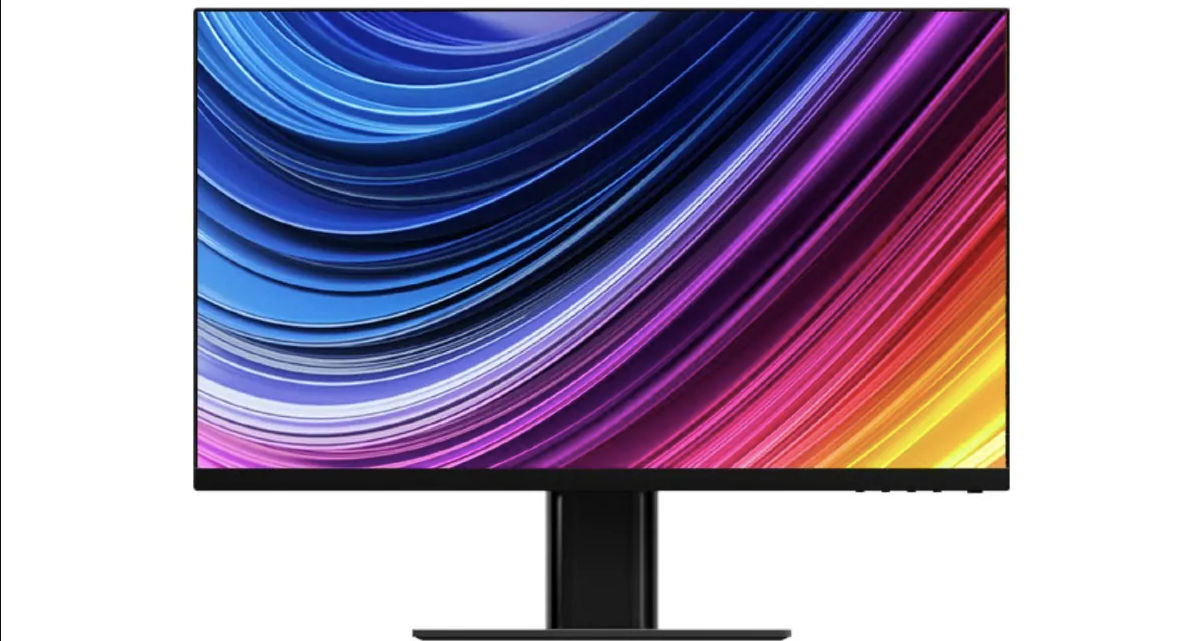 Redmi Monitor 1A will be among the handful of devices that Xiaomi spin-off brand Redmi is scheduled to launch in China on May 26th, popular tipster Ishan Agarwal has informed 91mobiles. The monitor is tipped to feature a 23.8-inch display, though the rest of the details (such as screen resolution, refresh rate, etc) are not known at the moment. However, it may feature hardware and software similar to the Mi Display 1A monitor, which packs a 23.8-inch bezel-less screen with 60Hz refresh rate, 178-degree viewing angles, and a flat stand with a large hinge at the back. Apart from the Redmi Monitor, the vendor has also scheduled to launch new Redmi 10X-series smartphones, Redmi TV X50, X55, and X65, and Redmibook 16.1 laptop.

As for Redmi 10X series, it’s expected to be mid-range offering. The handsets, including Redmi 10X and 10X Pro, will boot the newest MIUI 12 atop Android 10 out of the box. The vanilla Redmi 10X may sport a 6.53-inch full HD+ display with 1,080 × 2,340 pixels resolution and MediaTek Helio G70 SoC under the hood and is likely to run Android 10 OS out of the box. The ‘Pro’ variant, in contrast, will be powered by the new MediaTek Dimensity 800 mid-range chipset with up to 8GB RAM and 256GB storage variant.

For photography, the Redmi 10X series will sport quad-camera setup at the back with a 48MP primary sensor, an 8MP lens, and a couple of 2MP sensors. The front camera of the phone is said to pack a 13MP selfie sensor. A 5,020mAh battery is likely to fuel the handsets. The Redmi 10X price is said to start at RMB 1,499 (around Rs 16,000).

Moving on to the Redmi Smart TV X series, the lineup is said to come in three sizes: 50-inch, 55-inch, and 65-inch. Based on the posters shared by Redmi, the TVs will tout MEMC motion compensation feature to increase the smoothness of what you are watching and a bezel-less design. The new Redmi Smart TV X50, Redmi Smart TV X55, and Redmi Smart TV X65 will also have “60 Hz intelligent compensation algorithm”, 4K resolutions, and 85 percent NTSC colour-space coverage to further enhance the viewing experience. 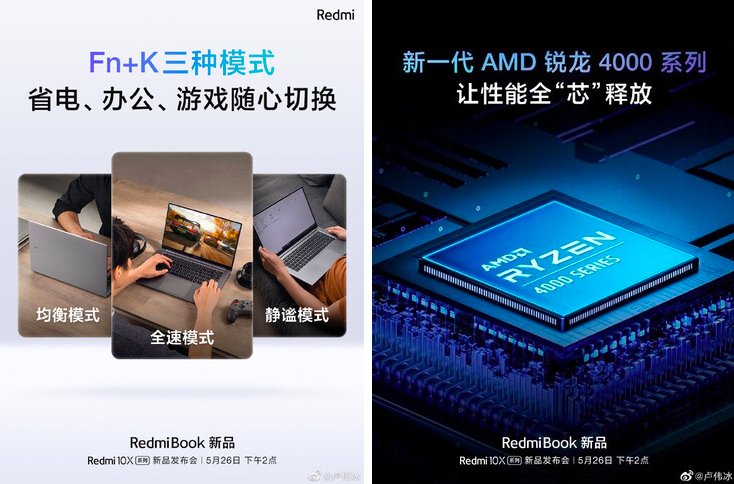 The Redmibook 16.1 laptop, on the other hand, is likely to be a 16-inch variant of the company’s Redmibook lineup. The laptop will reportedly have 3.6mm-thick bezels and screen-to-body ratio of 90 percent. At its helm will lie AMD’s latest Ryzen 4000 series processors based on Zen 2 architecture. There are reports for Ryzen 5 and Ryzen 7 variants as well. That’s all the information we can divulge at the moment.