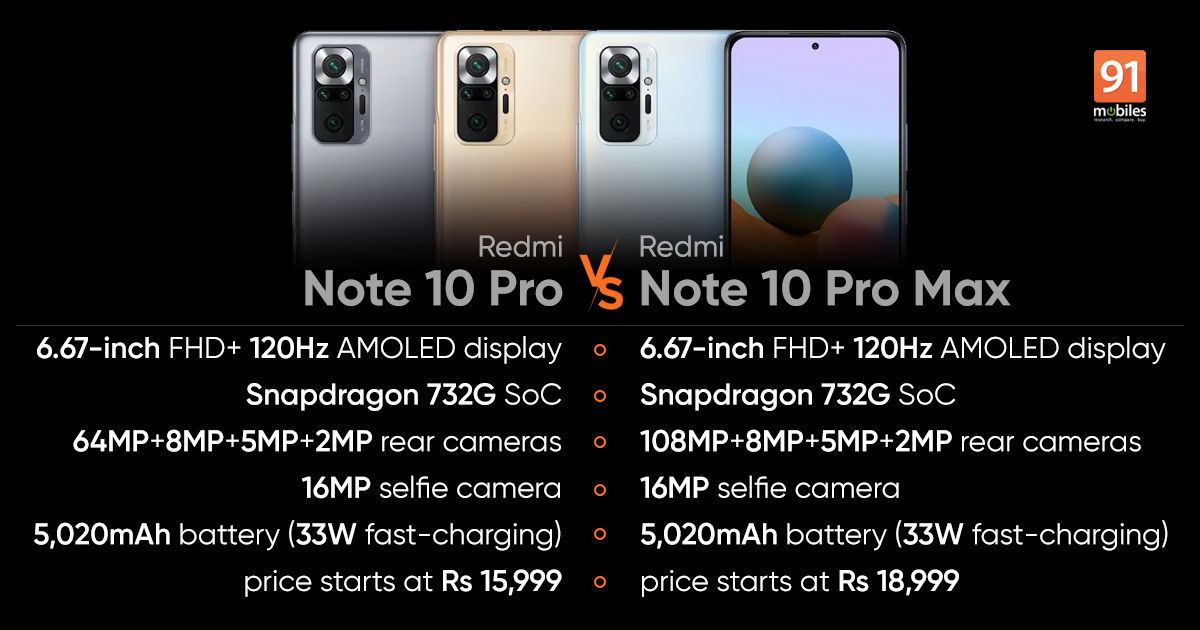 In terms of design, the Redmi Note 10 Pro and Pro Max look identical. Both phones offer what Xiaomi calls the ‘EVOL. design’. We’re not sure what that means, but apparently, the new Redmi phones are designed with love. They are available in three colour options namely Vintage Bronze, Dark Night, and Glacial Blue. On the front, both devices offer a punch-hole display with the cutout placed in the top centre. The display is protected by Gorilla Glass 5, whereas the back of the phone gets a frosted glass. However, the Dark Night variant features a plastic back. 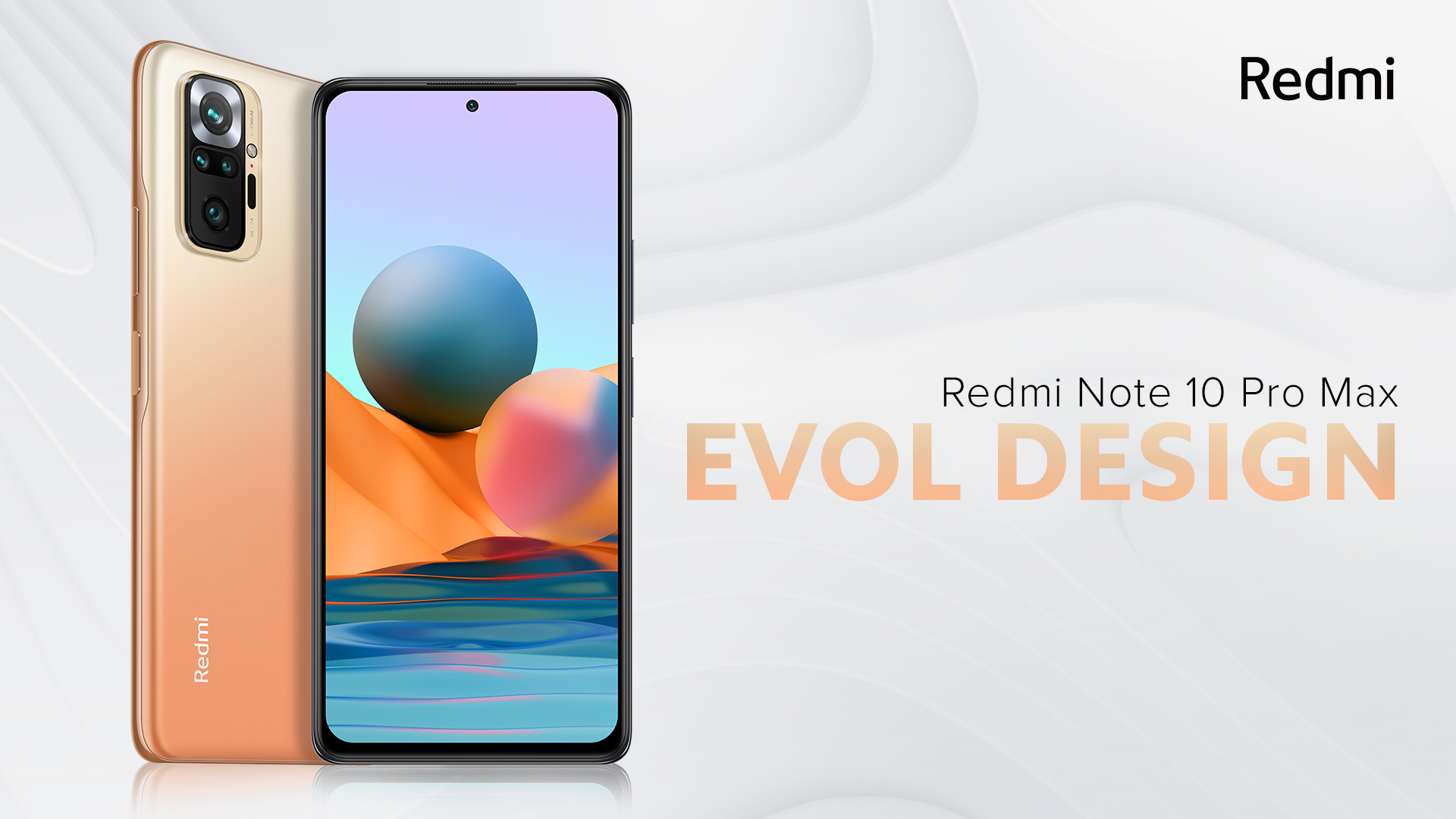 Turning the phone around will not help you tell one for the other. Once again, they look pretty much the same. There’s a quad-camera setup housed inside a rectangular housing, which also has the flash. The rest of the back panel is plain, apart from the Redmi branding. Both phones have side-mounted fingerprint scanners and are slimmer and lighter than the outgoing models. Not a lot to differentiate between the Note 10 Pro and Pro Max in the design department.

Now, this is where we start to see some differences between the two devices, but it’s still not a lot overall. Both are powered by the same Snapdragon 732G octa-core 8nm processor, which is coupled with a maximum of 8GB RAM and 128GB UFS 2.2 storage. Both weigh the same at 192 grams and are 8.1mm thick. They house a 5,020mAh battery that supports 33W fast charging technology. You also get a 3.5mm headphone jack, a side-mounted fingerprint scanner, IR blaster, a 360 degree ambient light sensor, rubberised ports, and surge protection on both phones. 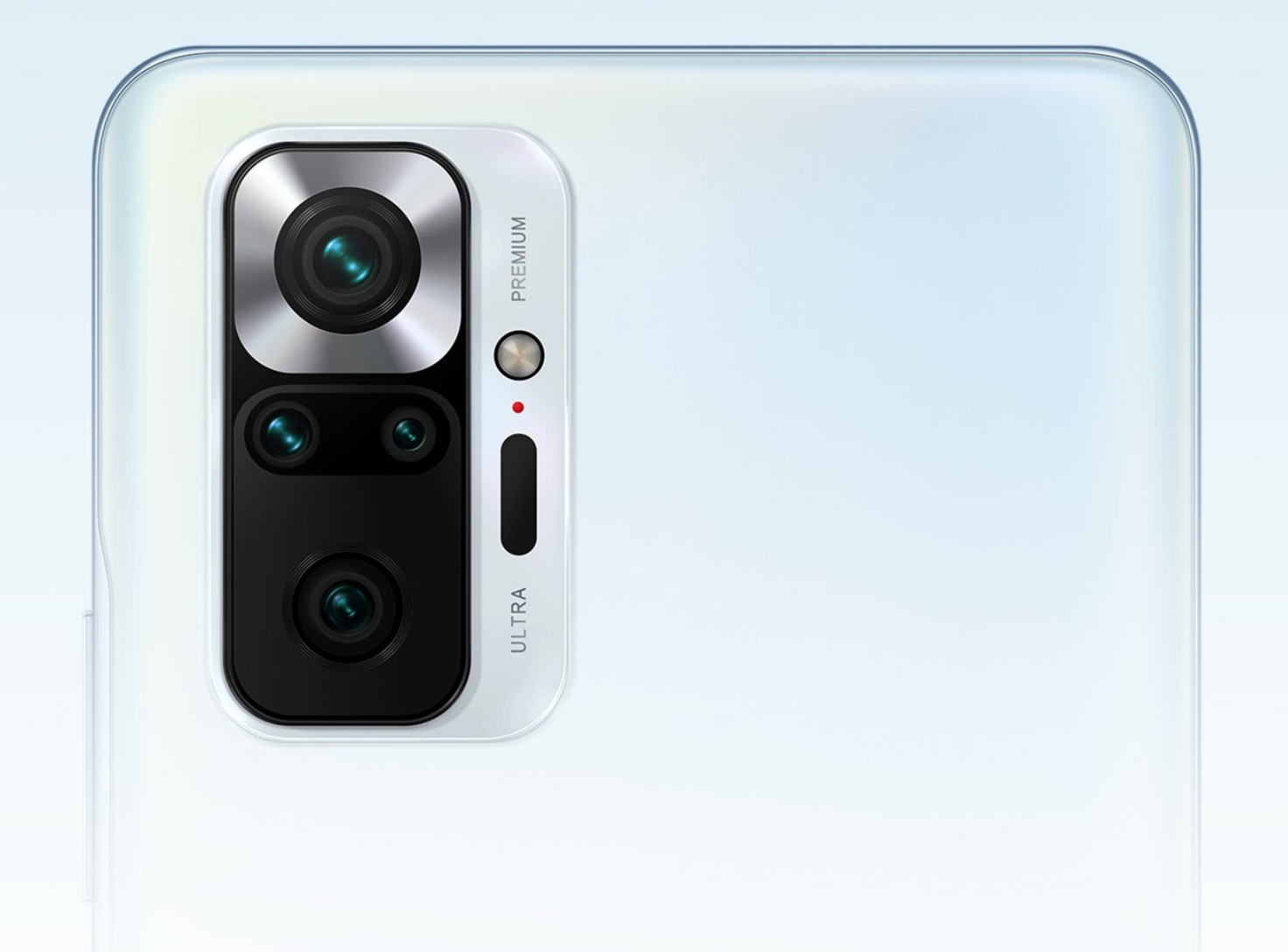 What’s different between the two phones?

The only difference you’ll see is in the rear camera setup. Both phones do get a quad-rear camera layout, but the Redmi Note 10 Pro Max gets a 108MP primary Samsung HM2 sensor. On the Redmi Note 10 Pro, there’s a 64MP Samsung GW3 sensor. The other sensors on both devices remain the same, which include a 5MP super macro sensor with 2x zoom, an 8MP ultra-wide, and a 2MP depth unit. As for the selfie camera, there’s a 16MP sensor available on both smartphones.

Software-wise, they both run the latest Android 11 based MIUI 12 operating system out of the box. You also get dual stereo speakers, with a front-firing unit on top, and a bottom-firing driver below.