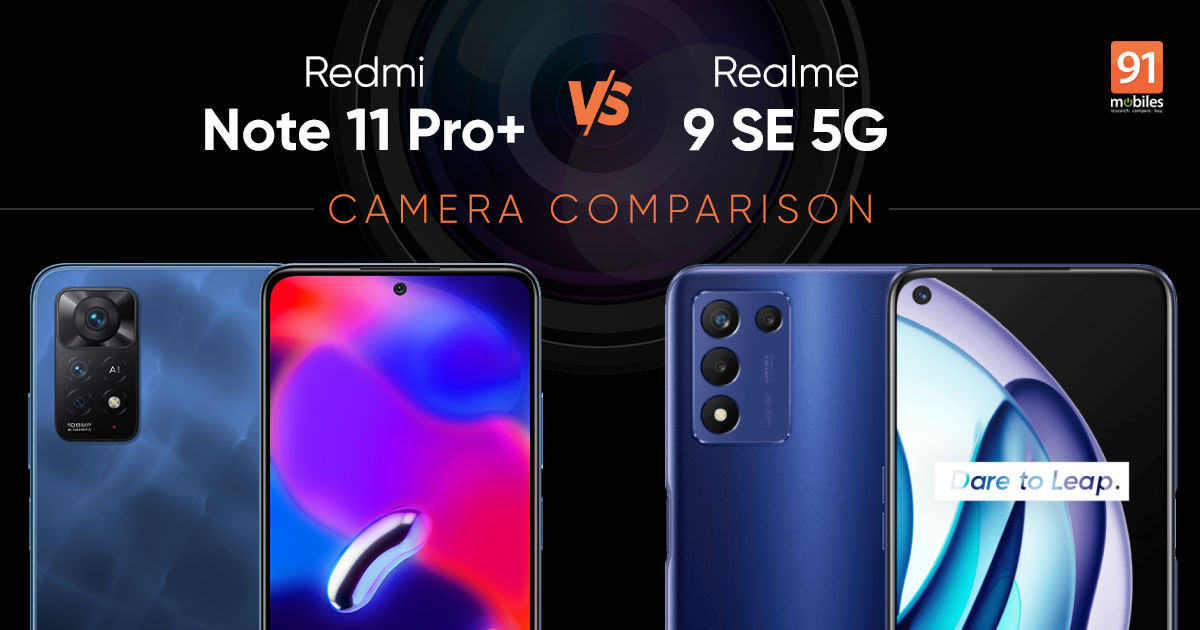 Redmi has, for long, reigned supreme in the budget and affordable segment. That said, over the last year or so, the company has faced stiff competition from Realme, which has amassed a good chunk of loyalists owing to its enticing offerings. Take the Realme 9 SE 5G (review), for instance, which offers a class-leading SoC and a snappy display. In fact, the phone is arguably among the fastest devices in its price bracket and evidently, is a thorn in the side of Redmi Note 11 Pro Plus. Understandably, a lot of our readers inquired about the camera capabilities of the Realme 9 SE 5G and whether it could hold a candle to Redmi’s latest contender. Well, that’s what we’re here to find out. Stay with me.

First and foremost, let’s take a closer look at our gladiators’ camera specs. To that note, the Realme 9 SE 5G employs a 48MP main sensor that works alongside a 2MP macro and a 2MP depth shooter. For selfies, the device gets a 16MP camera upfront. 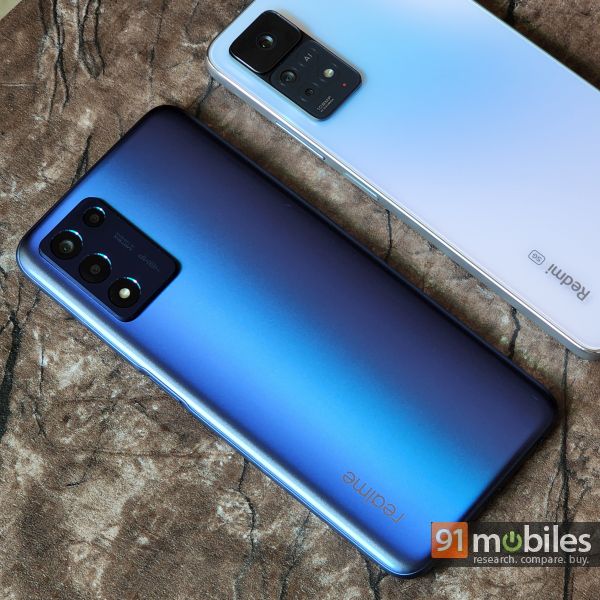 The Redmi Note 11 Pro Plus, on the other hand, utilises a 108MP main shooter which works alongside an 8MP UW angle lens and a 2MP macro sensor. For selfies, the device employs a 16MP selfie camera.

On paper, the Redmi Note 11 Pro+ trumps Realme’s offering, however, higher megapixels seldom translate into a better photography experience. Take the daylight shots from the two phones and here, the Realme 9 SE 5G outputs a more colour accurate snap. The same is evident if you look at the slider attached below wherein, the colour of the sky, as well as the leaves, appears a tad too punchy or vibrant in Redmi Note 11 Pro+’ shot. 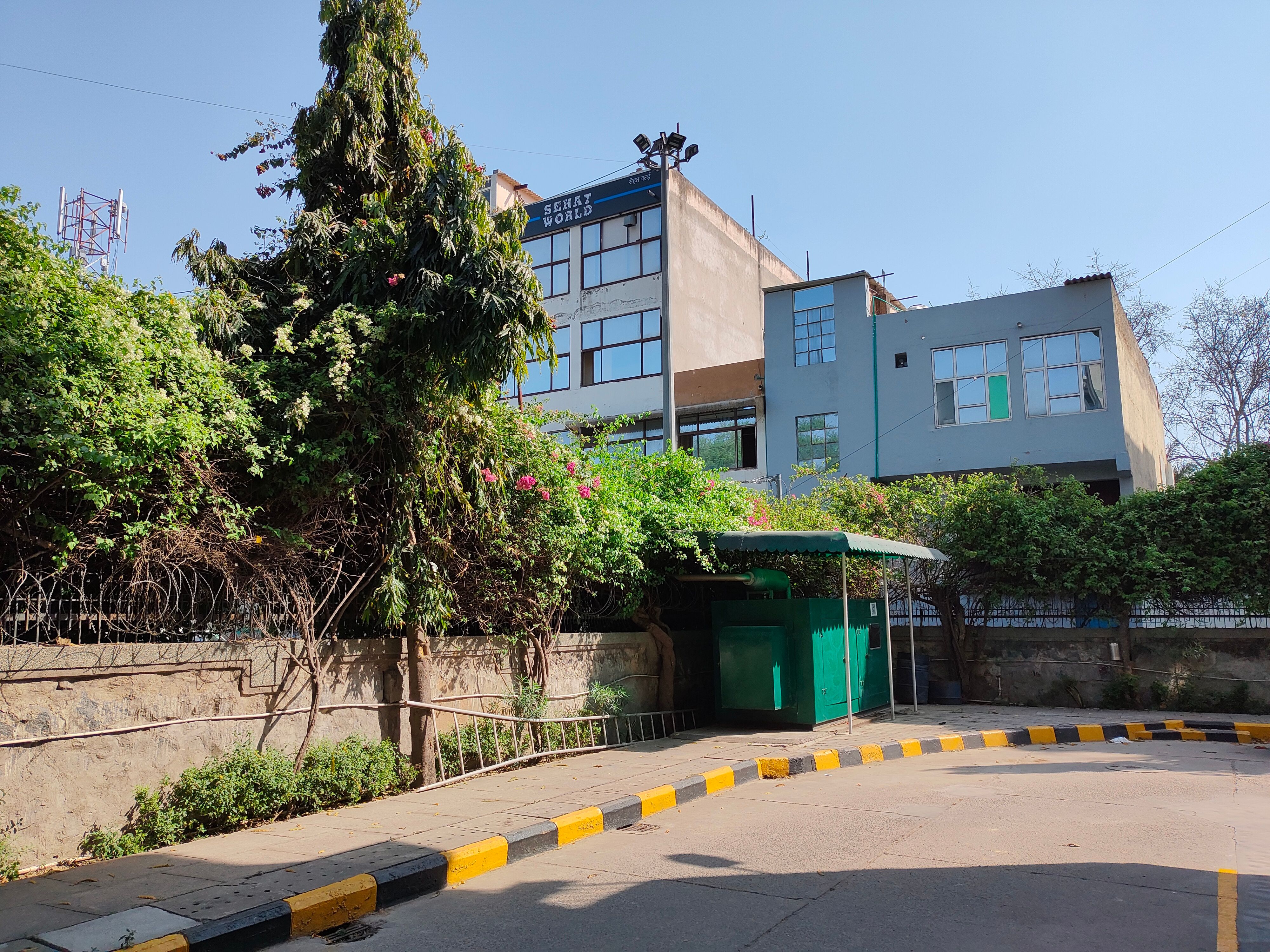 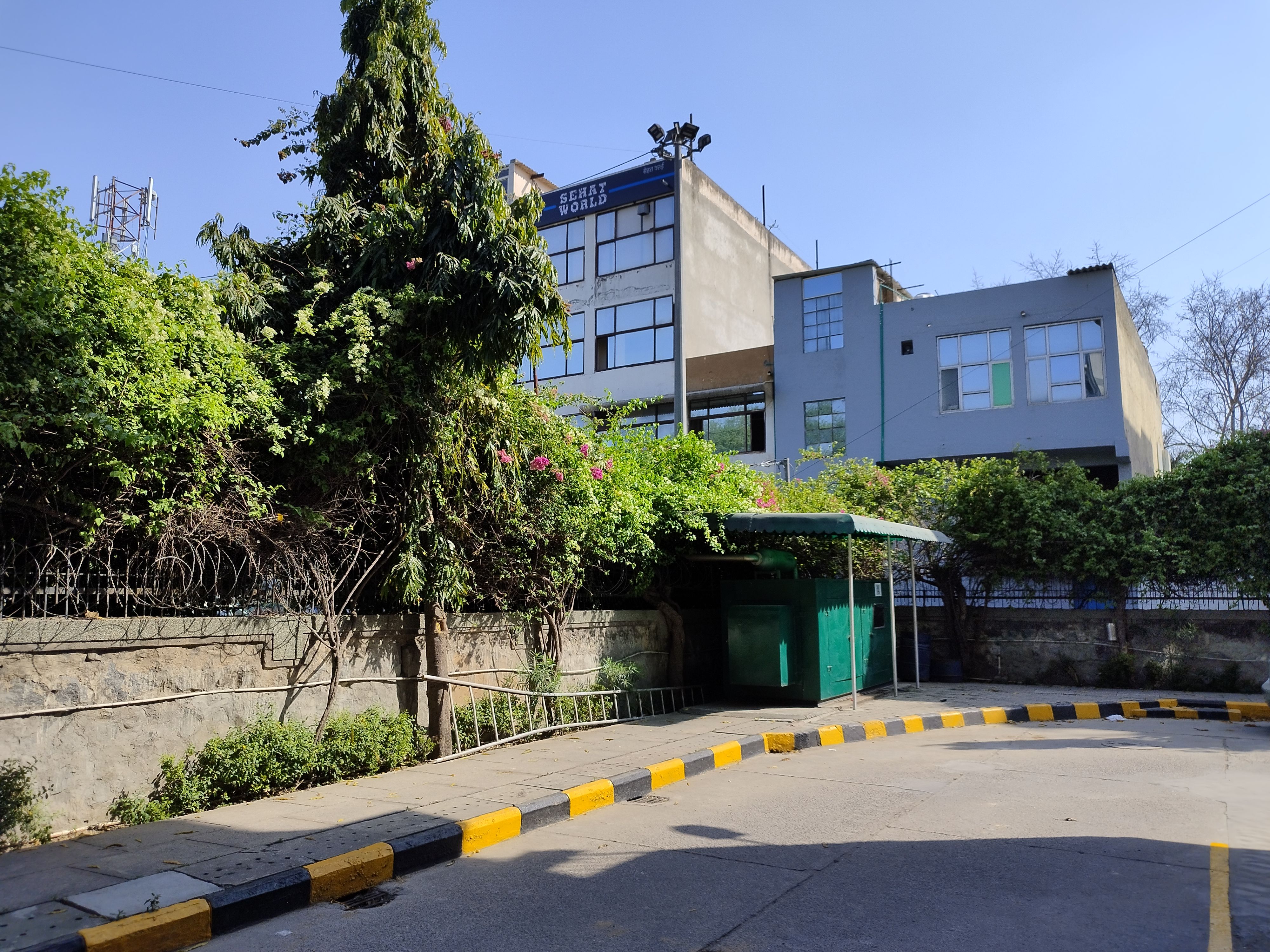 Here’s another example – in the slider attached below, you’ll notice that while the Redmi Note 11 Pro+’ composition is indeed sharper, the smartphone has introduced a lot of noise in the frame. That’s quite bizarre, seeing how the photos were snapped during the day with ample light to go by. 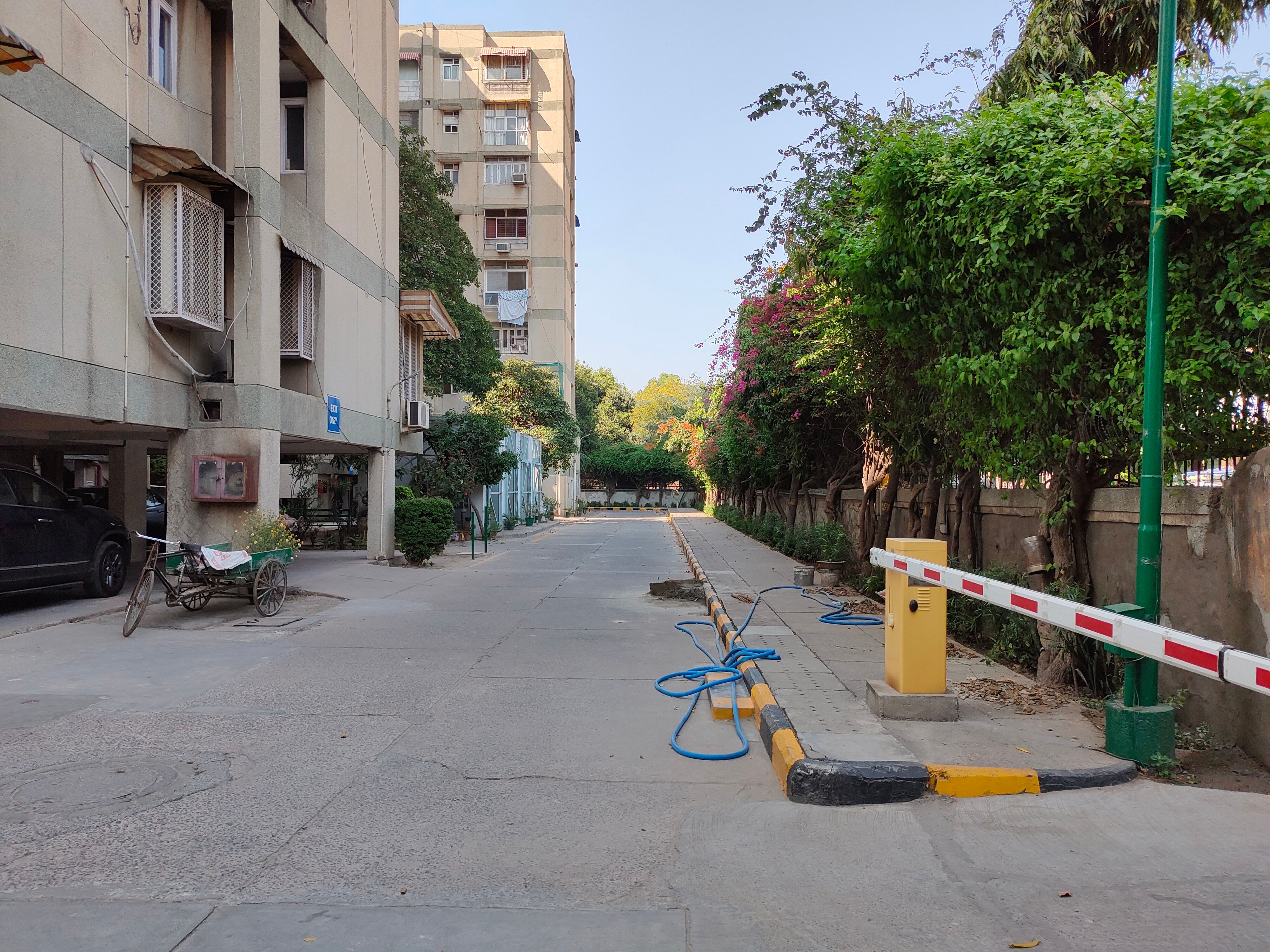 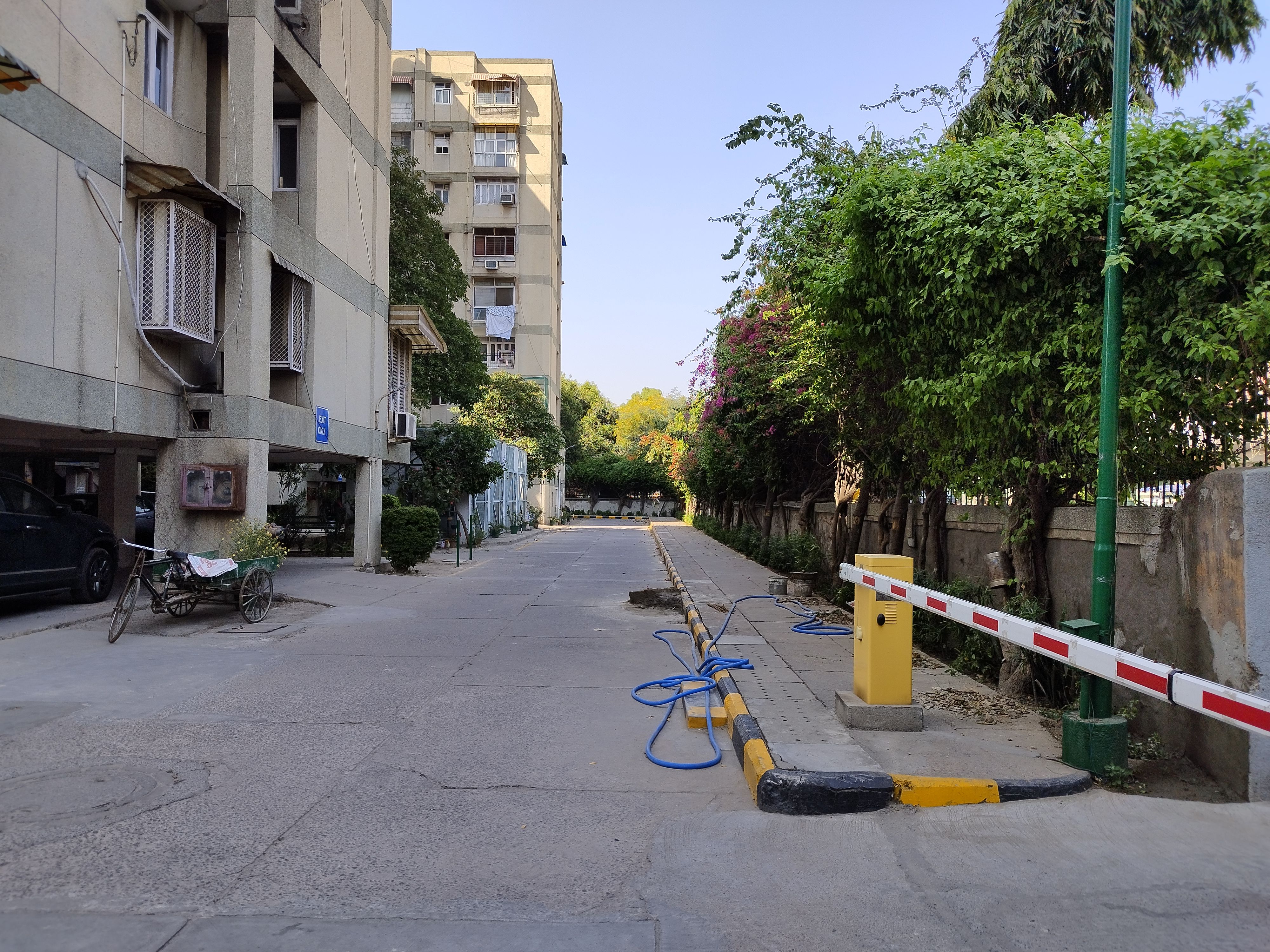 On the flip side, the Realme 9 SE 5G’s image manages to keep the noise at bay. However, in doing so, the sensor outputs a softer image with fainter outlines around the elements in the frame.

No surprises here, the Redmi Note 11 Pro+ high-res image casts a tall shadow on the Realme 9 SE 5G’s 48MP snap. To wit, objects positioned far away retain significantly better definition in Redmi Note 11 Pro+’ photo. Consequently, if you often zoom into the image and crop a portion to share on social media, Redmi’s offering should be your go-to choice. Don’t get me wrong, the Realme 9 SE 5G has managed to snap a compelling photo too. 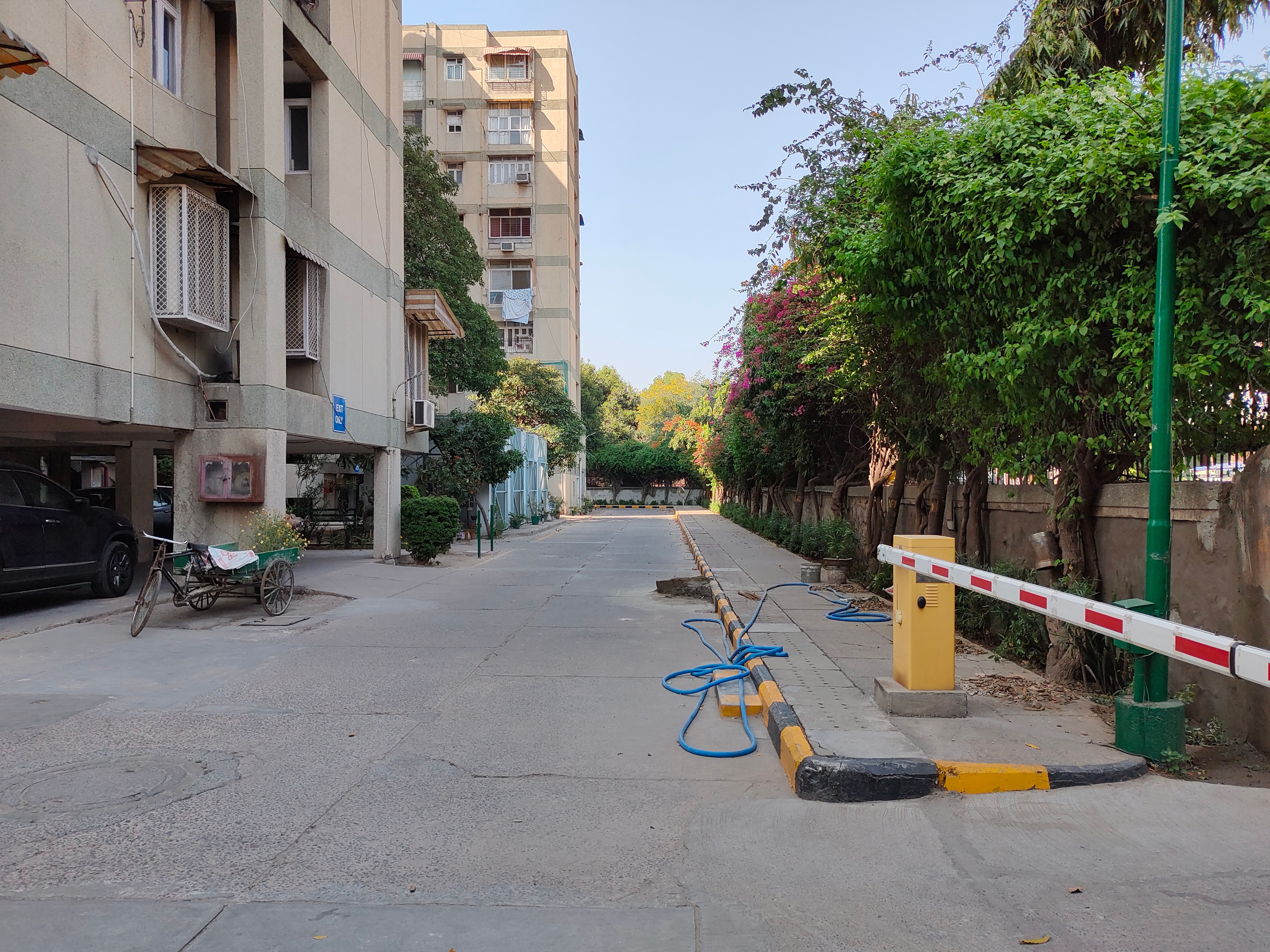 In fact, without zooming in, you can clearly tell that the smartphone has exposed the darker bits in the snap better. The same is evident if you look at the black SUV parked towards the left-hand side of the frame, which offers much better details in Realme’s photo.

On the flip side, both the devices are equally guilty of introducing a chock full of noise in the frame and as such, the photos appear a tad grainy at a closer crop.

Redmi’s offering takes this bout too, as the Realme 9 SE 5G doesn’t ship with an ultrawide angle sensor. Consequently, if you’d like to capture more of a scene without taking a few steps back, you’ll have to opt for the Redmi Note 11 Pro+. Now, the quality of the photos from the ultrawide sensor leaves a bit to be desired. To wit, there’s a noticeable colour temperature disparity when switching from the main to the UW sensor. 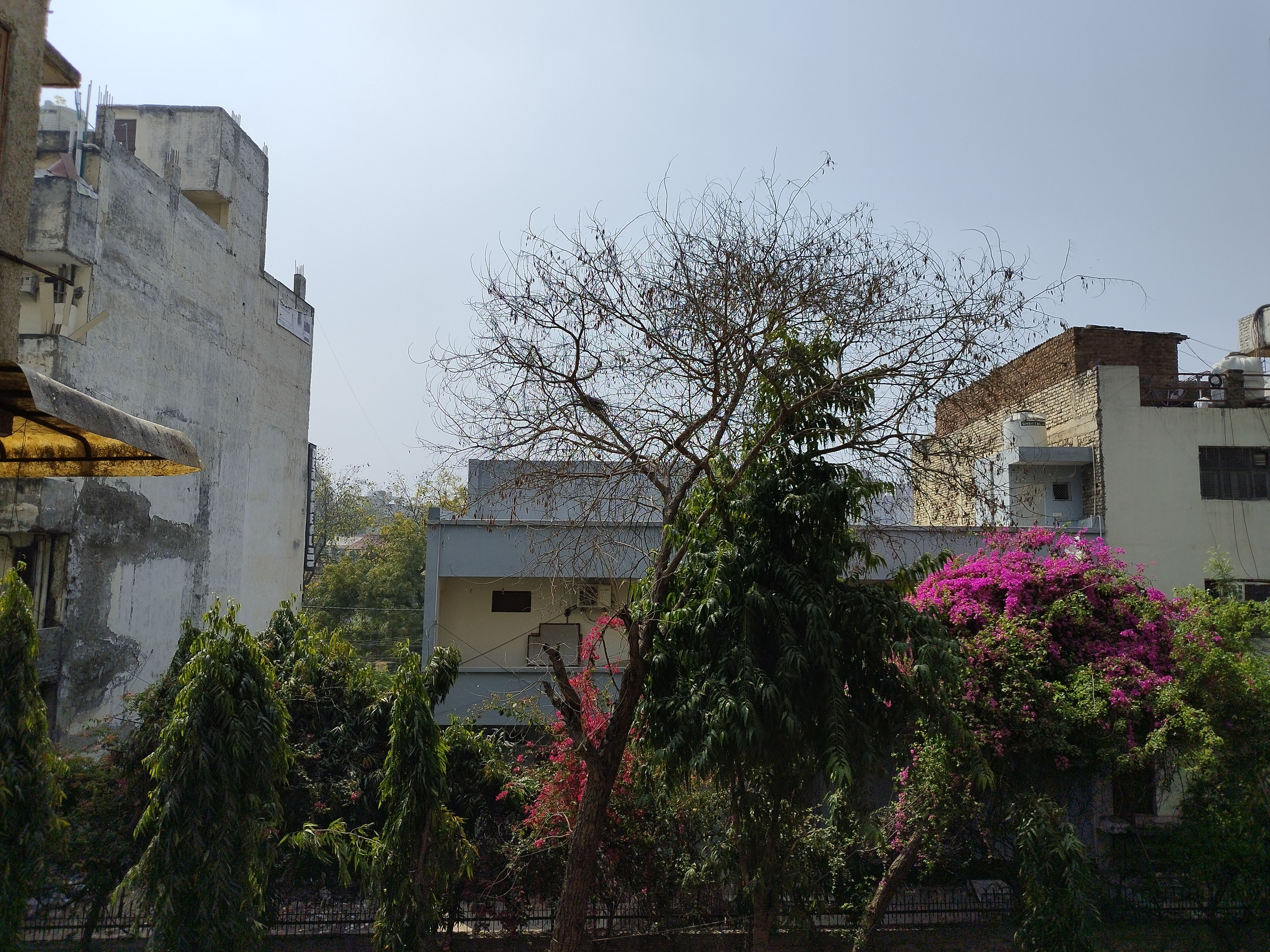 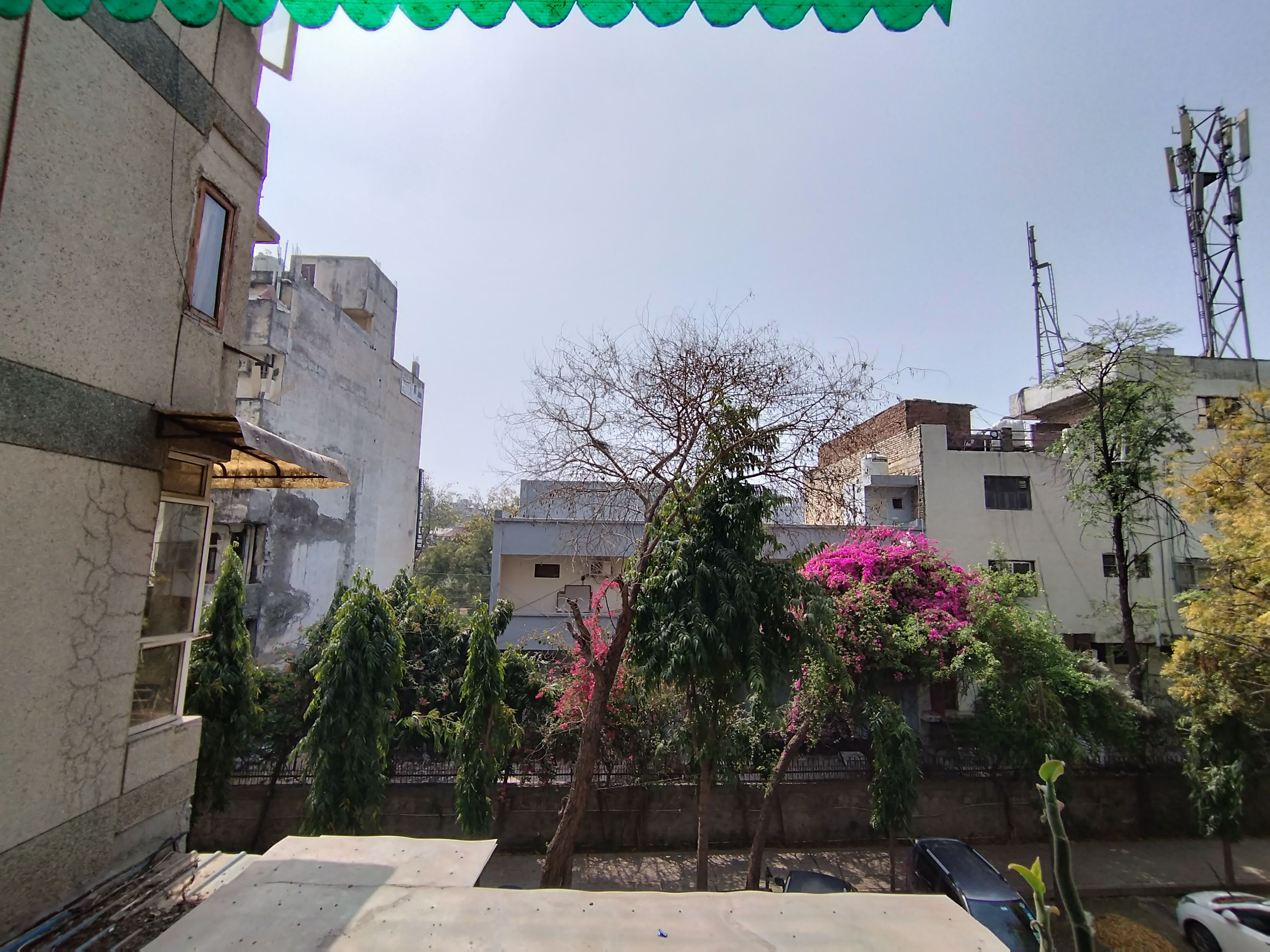 Furthermore, objects positioned around the periphery of the frame appear hazy and lack details. Be that as it may, Redmi deserves a pat on the back for outfitting its latest with a usable and handy camera array. 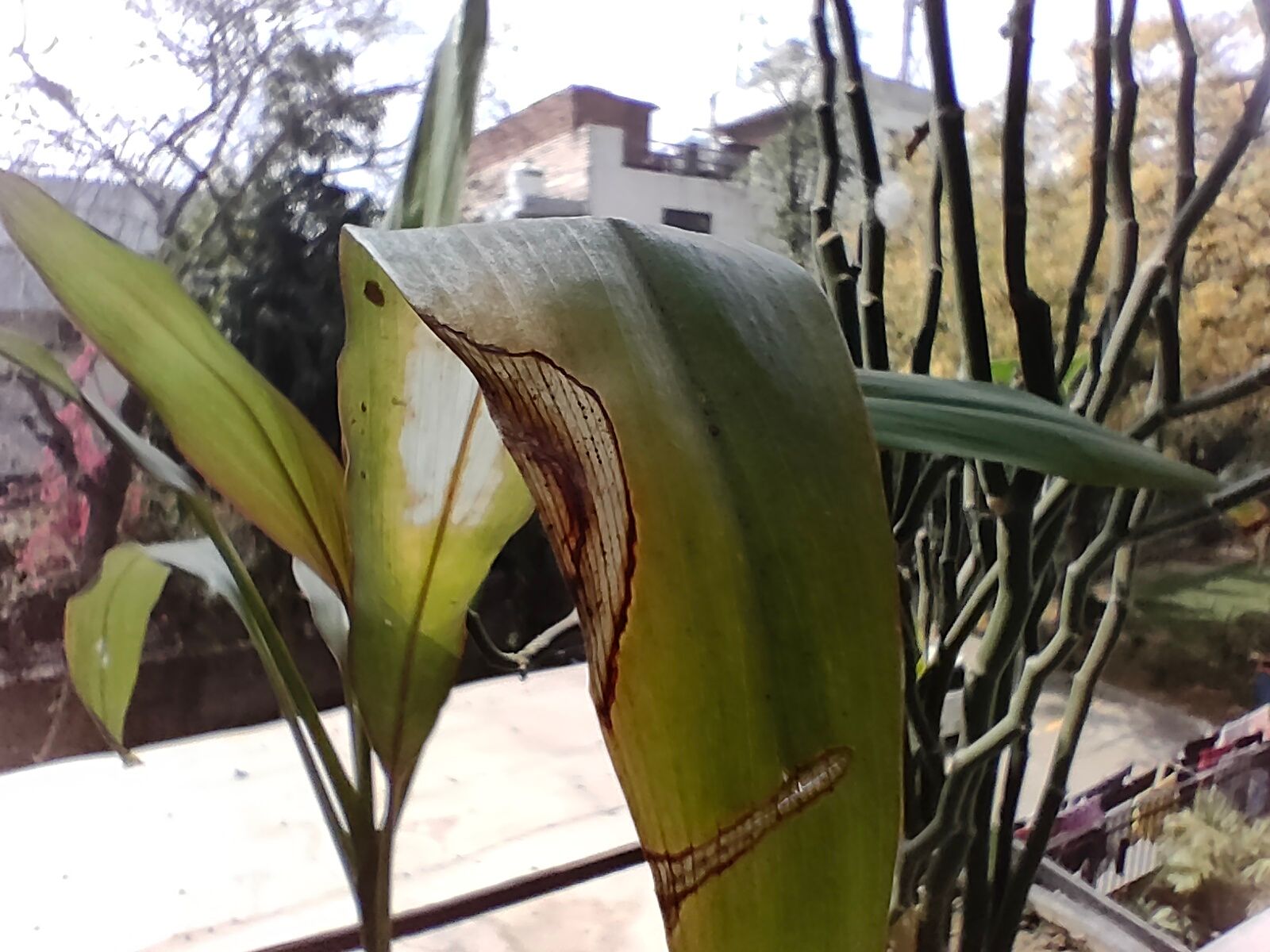 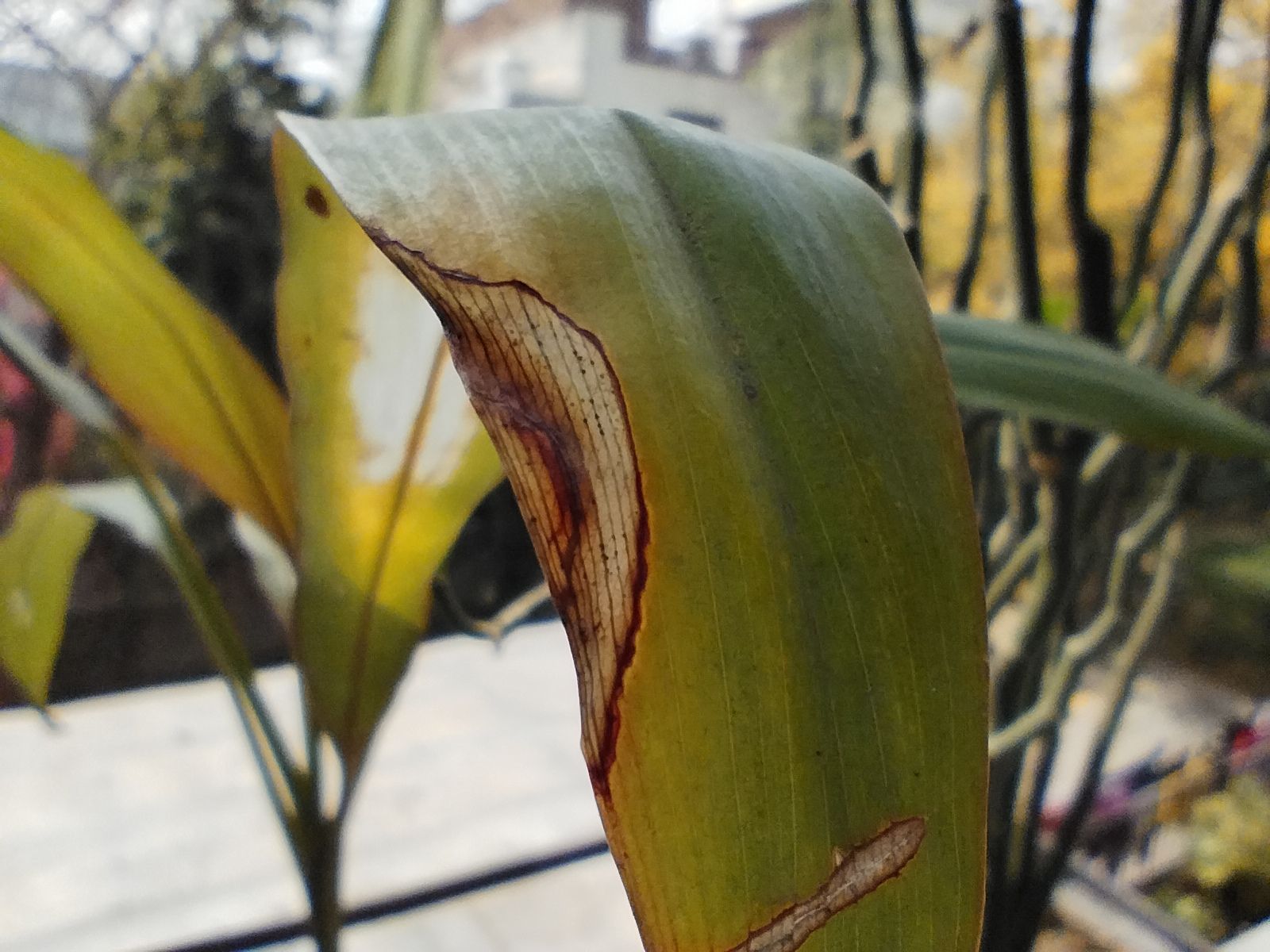 As for macros, the Redmi Note 11 Pro+ manages to yield consistently sharper snaps than the Realme 9 SE 5G. In fact, I noticed that I could edge closer to the subject with Redmi’s offering too. Thankfully, both the devices allow users to tap to focus on the subject even in macro mode, which is great.

The Redmi Note 11 Pro+ edges in front of the Realme 9 SE 5G in lowlight photography too. While shots from the phones with the night mode utility disabled were nothing to write home about, with the feature enabled, the Redmi Note 11 Pro+ outputted a pleasing image with passable details. On the other hand, the 9 SE 5G’s photo, while just as bright, represented elements in the frame poorly. 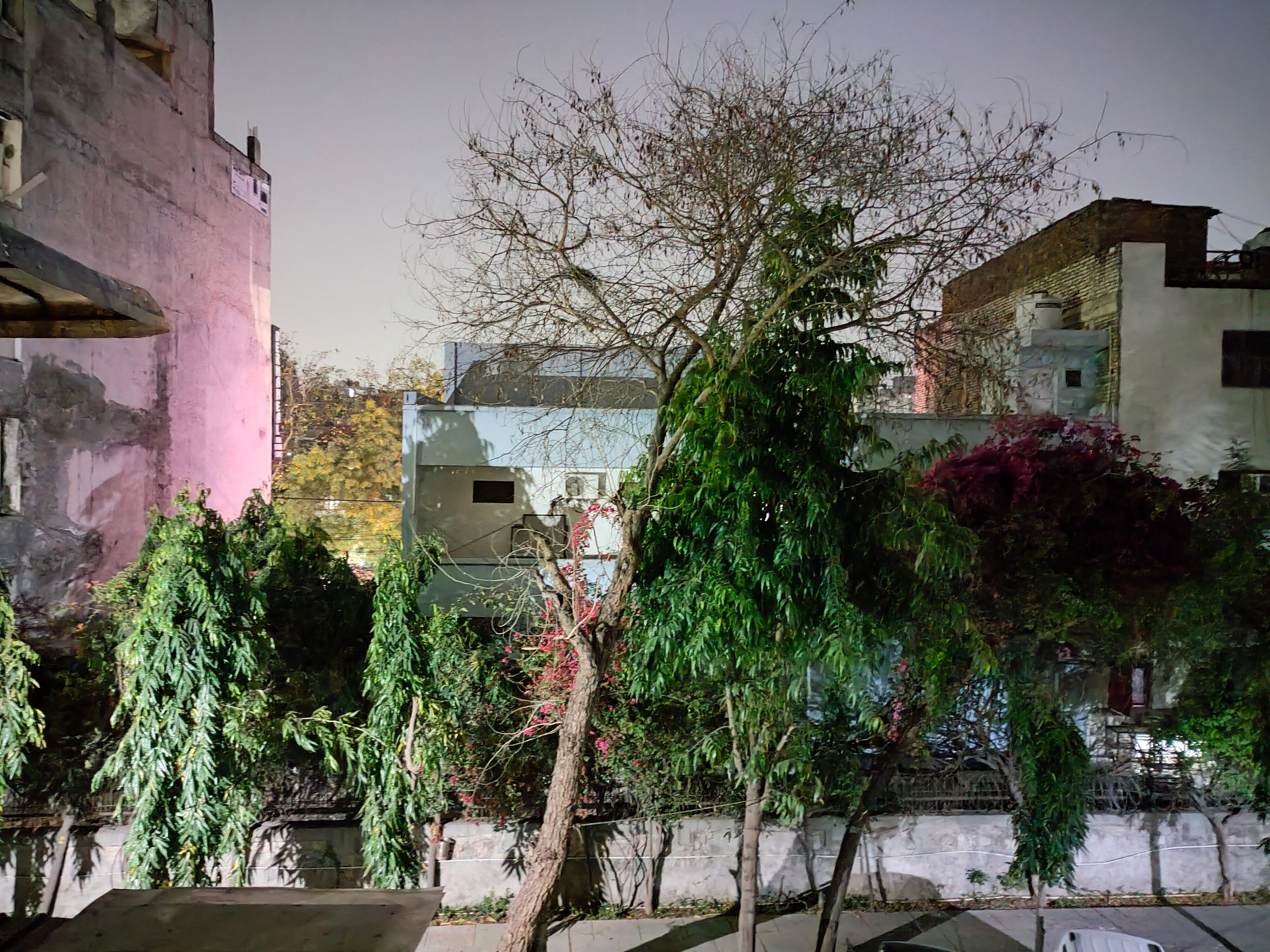 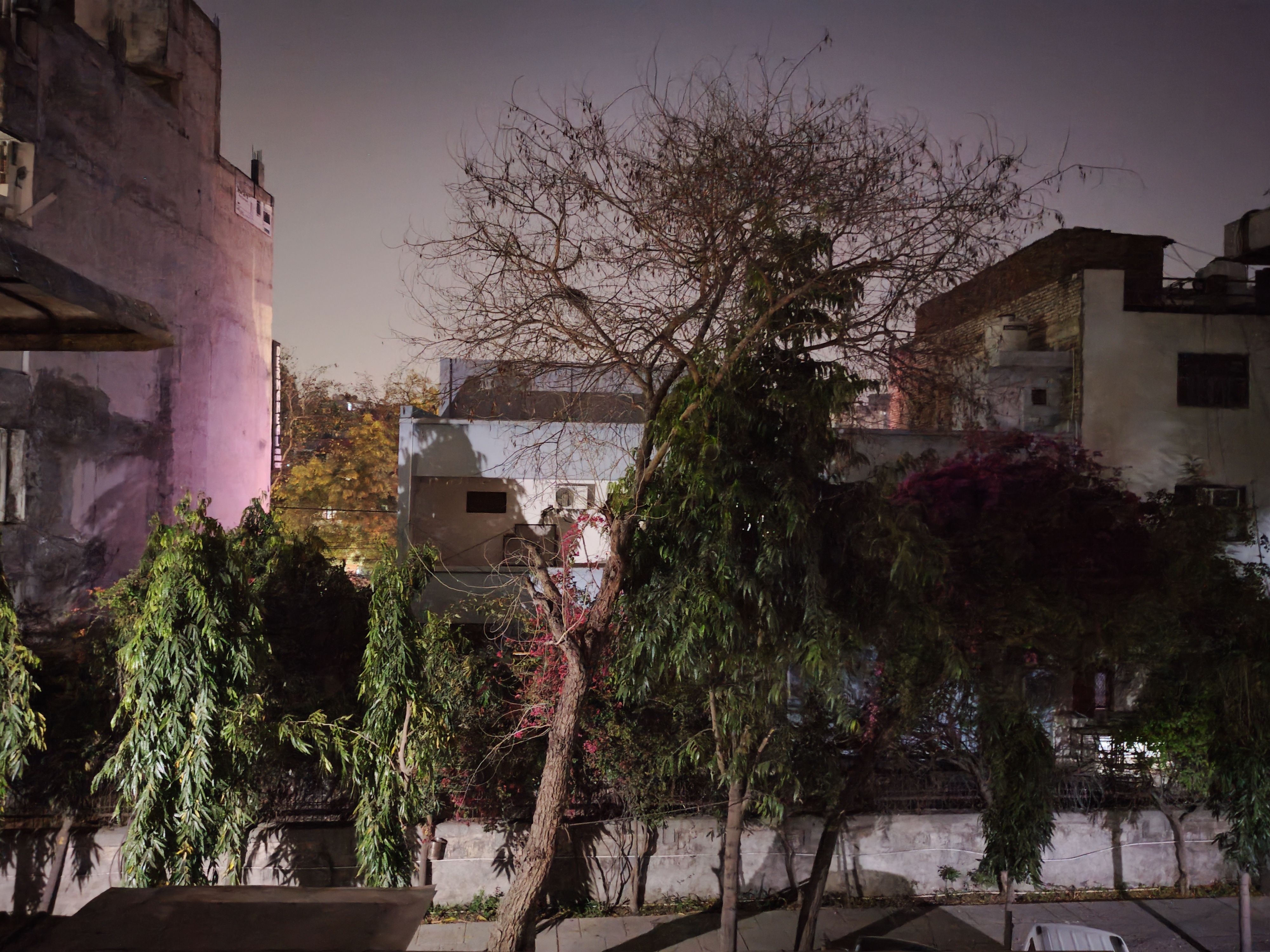 In fact, the textures seem more defined in the Redmi Note 11 Pro+’ photo, which is evident if you glance at the bark of the tree towards the centre, or pan your attention to the leaves in the frame.

Both our contenders’ ship with a capable front snapper, however, I liked the output from Realme’s champion a tad better. You see, with all the beautification features disabled, the smartphone reciprocated my skin tone slightly better. The selfie from the Note 11 Pro+ isn’t bad either, however, the smartphone’s post-processing often sways in the favour of contrast-y tones. As an example, in the slider attached below, you’ll notice that my skin tone, as well as my hair, appear overtly blackened. 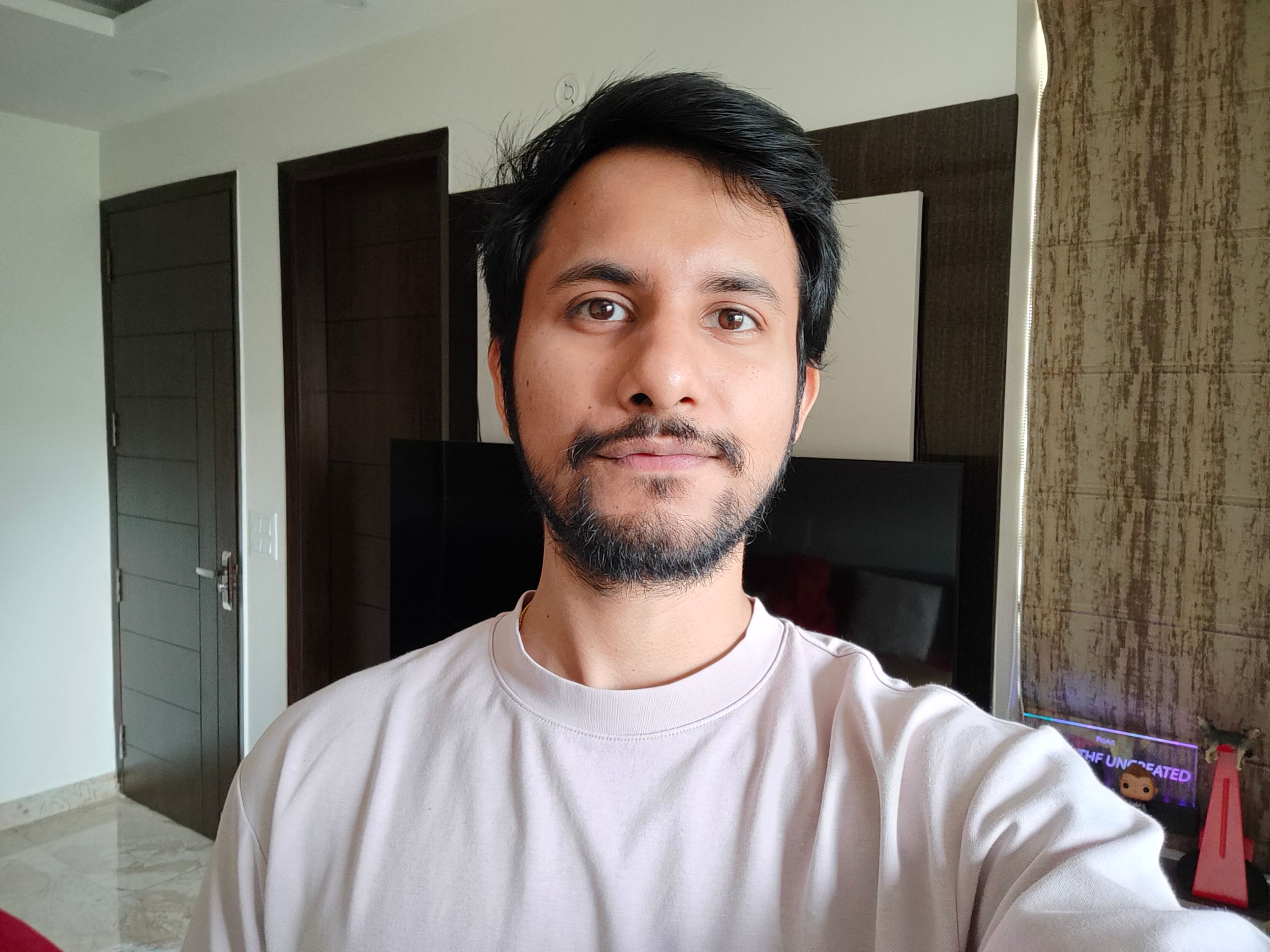 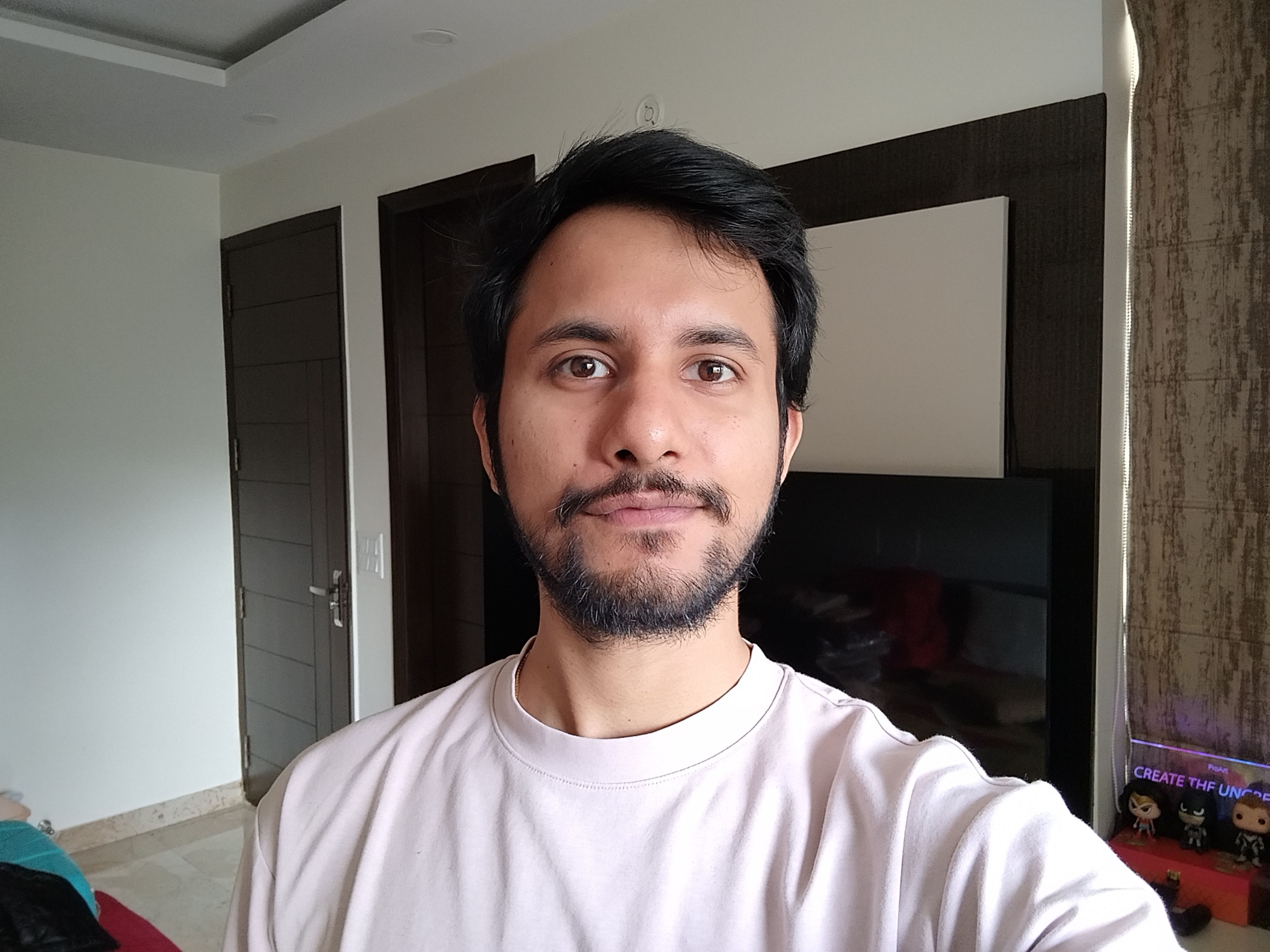 On the contrary, the Redmi Note 11 Pro+ managed to click a better portrait selfie than Realme’s offering. So much so, the snap from the Realme 9 SE 5G looks oddly beautified and it appears as if I have slapped a filter on the photo. 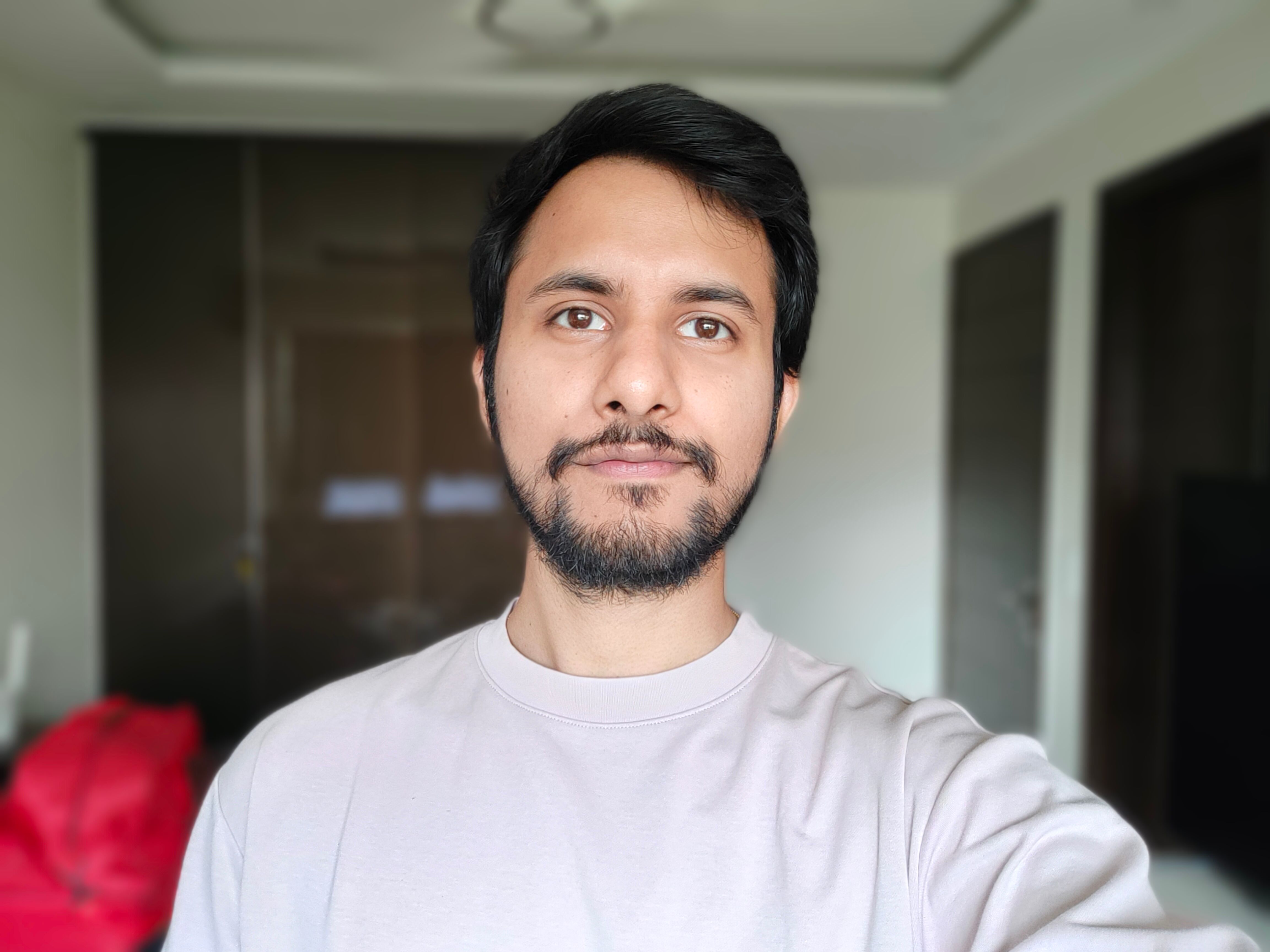 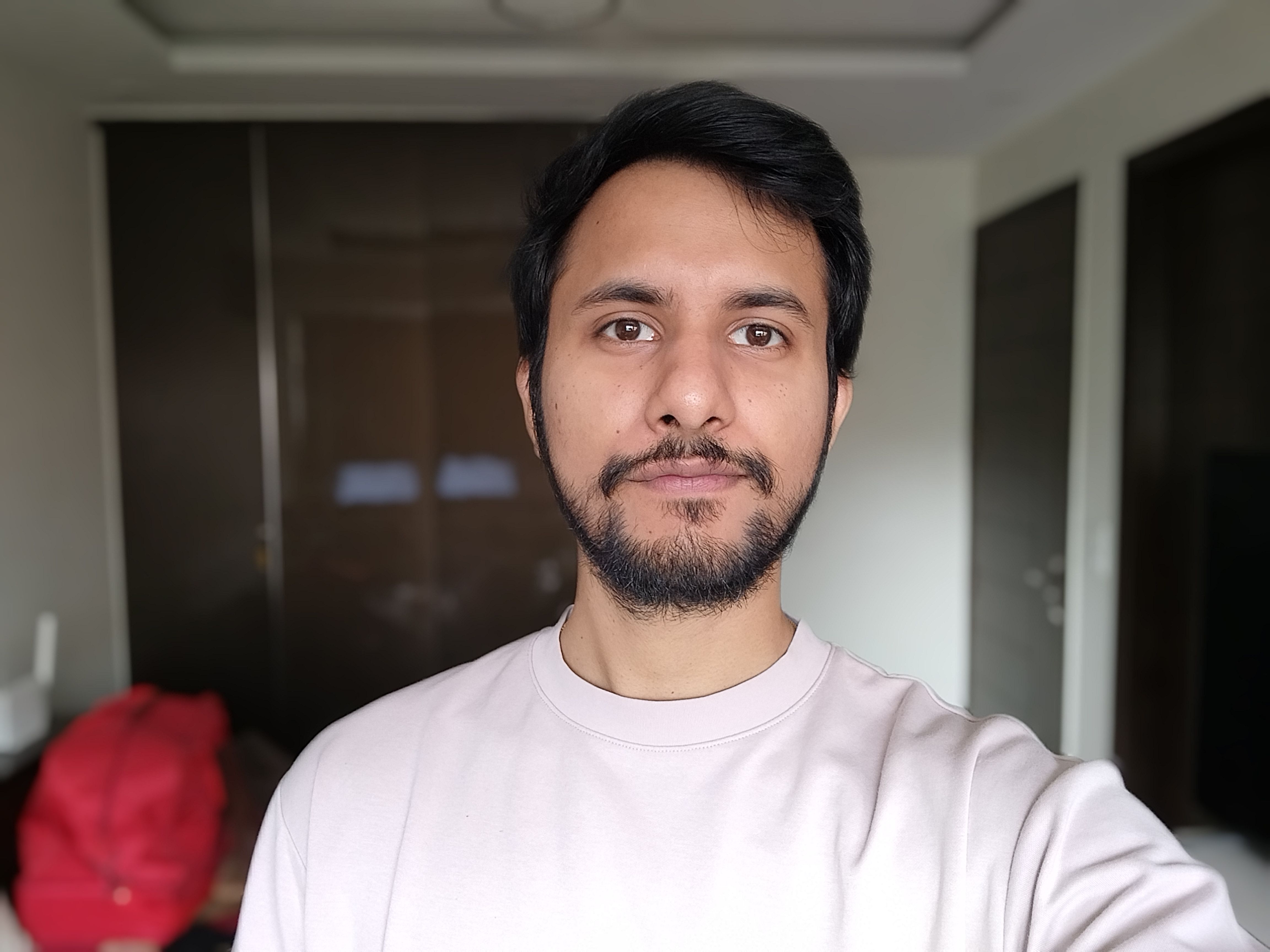 Now, credit where credit’s due, the handset has managed to create a convincing bokeh effect but, everything considered, the Redmi Note 11 Pro+’ photo appears more appealing to the eyes.

The Realme 9 SE 5G starts at Rs 19,999, whereas the Redmi Note 11 Pro+ retails for Rs 20,999 in India. For the price, the Redmi Note 11 Pro+ undoubtedly offers a more versatile camera setup. That said, Realme’s offering is no slouch either, and the device captures more realistic images during the day. It also helps that the smartphone’s post-processing doesn’t introduce a lot of noise in the frame. On the other hand, the Redmi Note 11 Pro+’ high-res snaps offer bountiful details and the unit’s selfie camera clicks better stills in portrait mode too. What’s more, the handset’s camera capabilities are up to scratch in lowlight scenarios as well. Correspondingly, if you were in the market for a “do it all” camera phone, the Redmi Note 11 Pro+ is a compelling buy. Otherwise, if you mostly snap images during the day, you can consider opting for the Realme 9 SE 5G too.

Redmi has launched mid-range best sellers under 20k! Here’s how you can get it