91mobiles.com
Home Comparisons Redmi Note 11 specifications, prices leaked: how different will it be from...
Highlights 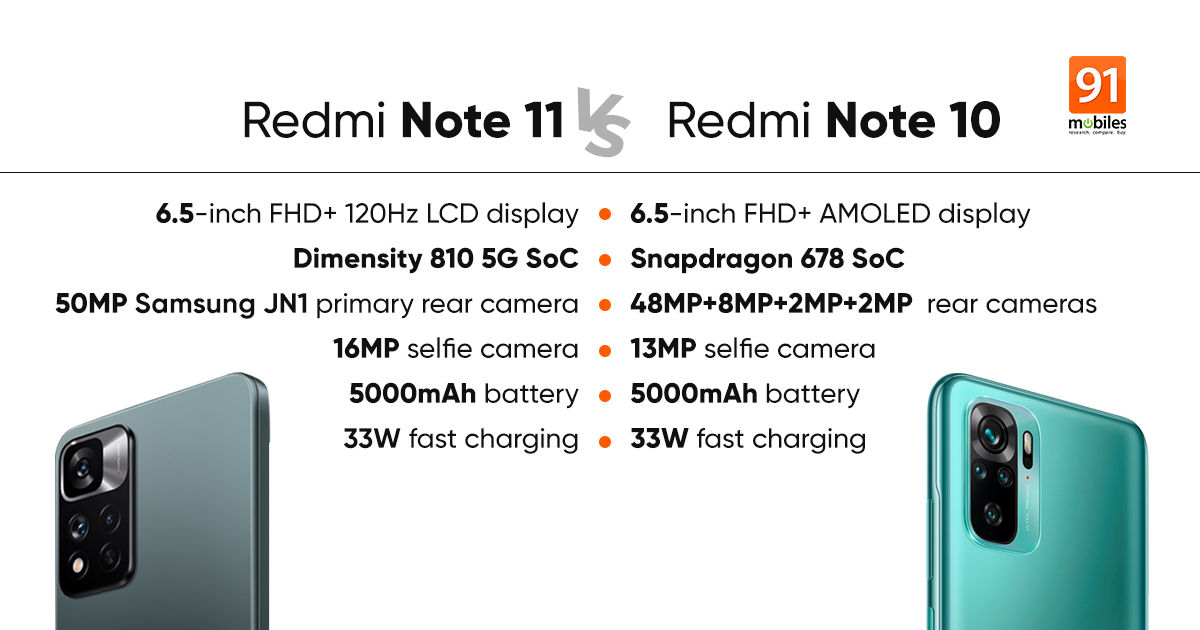 The Redmi Note 11 series will be announced on October 28th in China. This is Redmi’s latest mid-range smartphone series, and specifications of the upcoming devices have already leaked online. Today, we’re going to take a look at the entry-level model in the series, i.e. the Redmi Note 11, and comparing it with its predecessor, the Redmi Note 10, to see what’s new and different. Of course, you can expect improvements in both hardware and design. 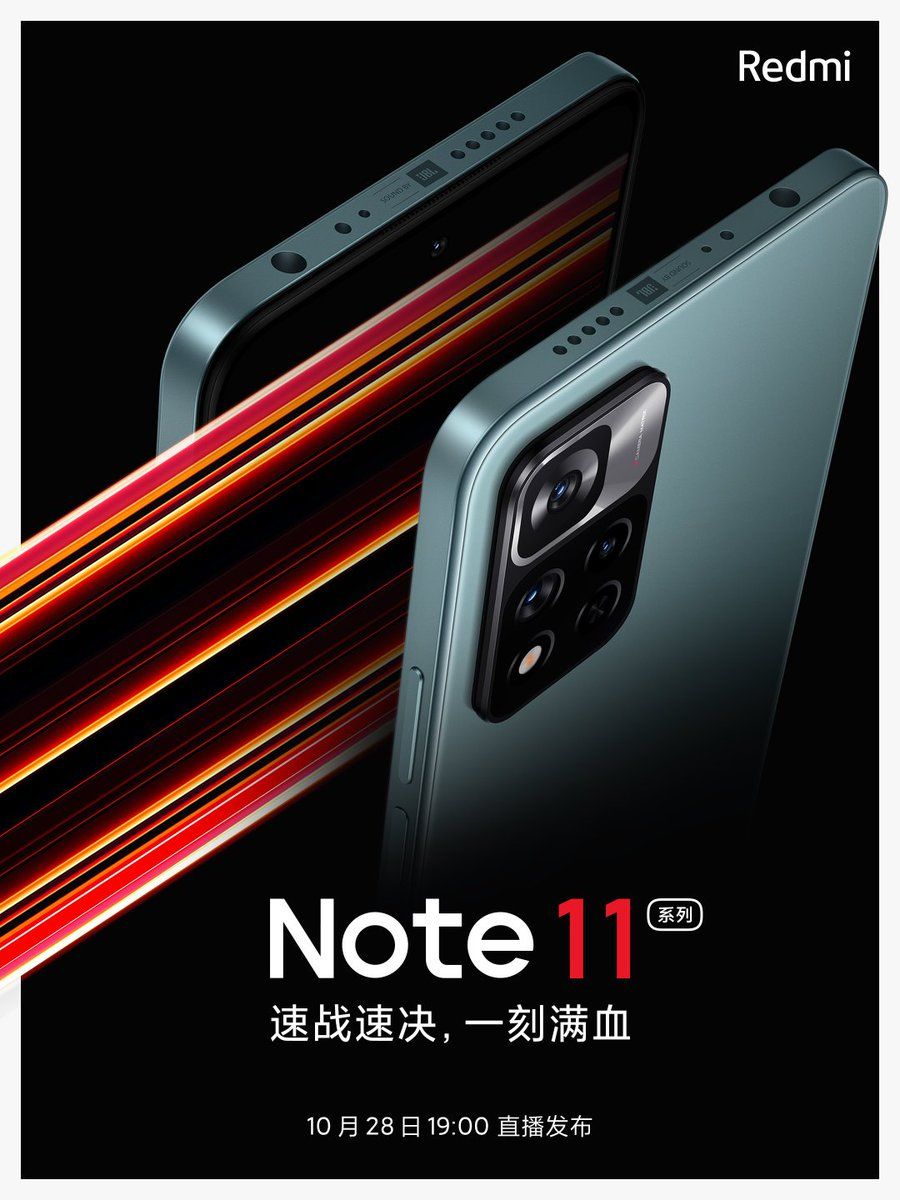 In terms of design, there are plenty of changes between the Redmi Note 10 and the Redmi Note 11. However, they both feature a simple minimalist design and look very similar from the front. They get a centrally mounted punch-hole camera setup at the front, and use a 6.5-inch display. Both smartphones come with a rectangular rear camera module at the back. The camera bump on the Redmi Note 11 is more prominent when compared to the older model. The camera modules house four sensors, an LED flash, and also carry some branding.

From the leaked images, the Redmi Note 11 appears to have a speaker grille on the top along with an IR blaster, a microphone, a headphone jack, and JBL branding. The smartphone will feature JBL-powered sound, which should offer excellent audio output. Meanwhile, its predecessor also decent sound but doesn’t feature JBL audio. The latter gets a side-mounted fingerprint scanner and a USB Type-C port.

The Redmi Note 11 looks better thanks to its flat sides and rounded corners. We’re still unsure whether the phone will get a side-mounted fingerprint scanner or an in-display unit. We will have to wait till the launch day to find out.

Coming to the hardware and specifications, Redmi Note 11 and Redmi Note 10 are mid-range offerings through and through. The latter came with a Snapdragon 678 chipset, whereas the former is said to feature the MediaTek Dimensity 810 SoC. This means that the Redmi Note 11 will offer 5G connectivity along with better performance. The new phone will also offer up to 8GB RAM and 256GB onboard storage. This is also an improvement over the max 6GB RAM and 128GB configuration offered with the Redmi Note 10.

The Redmi Note 11 will feature a 6.5-inch FHD+ display, similar to that of its predecessor. However, unlike the AMOLED 60Hz panel on the latter, the new device will use an IPS LCD screen with 120Hz refresh rate. Both devices house a 5,000mAh battery that supports 33W fast charging.

Now, in the photography department, once again, things are seemingly very similar between the two phones. Both the Redmi Note 11 and Note 10 feature a quad-rear camera setup. The latter comes with 48-megapixel primary sensor, an 8-megapixel ultra-wide, and dual 2-megapixel sensors for depth and macro. On the Redmi Note 11, the main camera is upgraded to the 50-megapixel Samsung JN1 sensor. Other camera details are not yet known, but we expect it to be similar to the Note 10. For the selfie camera, the Note 10 has a 13-megapixel sensor.

As you can see, there’s not a lot of difference between the Redmi Note 10 and Note 11 when it comes to hardware, except perhaps 5G. Yes, you do get a faster processor, a higher resolution main rear camera, and a display with 120Hz refresh rate. However, other specifications are similar to what’s found on the Redmi Note 10. Overall, the Redmi Note 11 seems to be a nice little upgrade over the Note 10 with a bunch of new features and design changes.