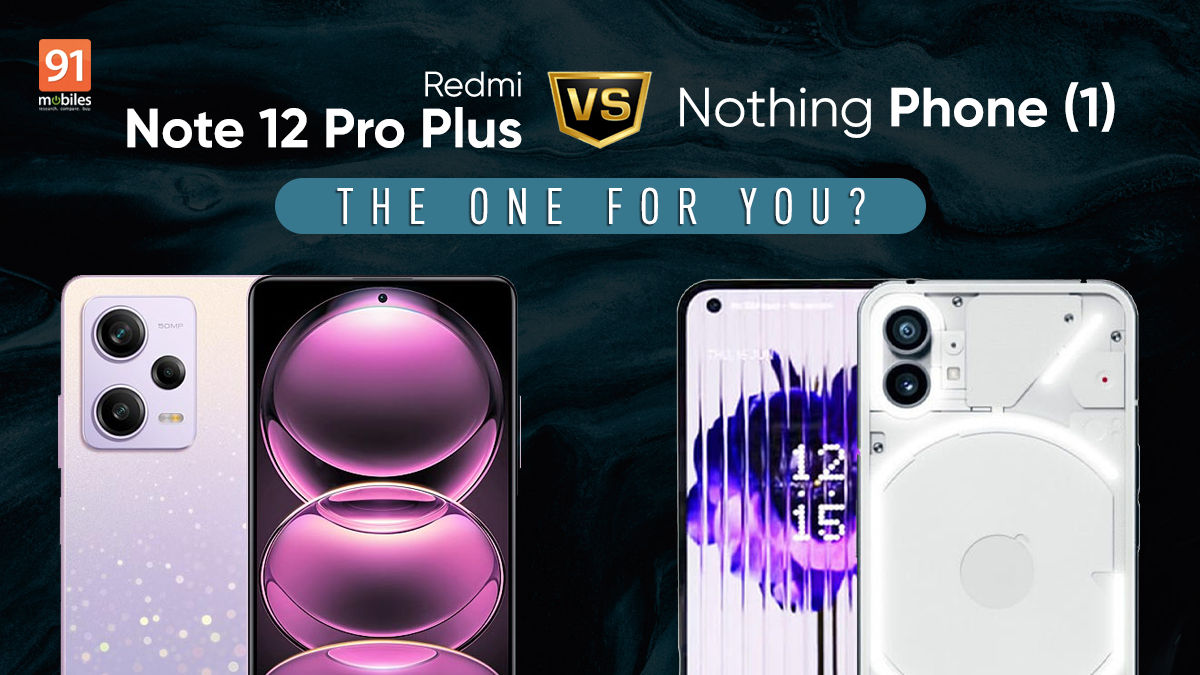 One is the first phone from a new brand, the other the latest from a well-established bestselling series in the Indian market. One prides itself on it being unique and different, while the other looks to bring premium features to a more mainstream audience. One is something of Note, the other is Nothing by nomenclature. And both are among the best phones you can get with a budget in the vicinity of Rs 30,000. So which of the two should you go for: the still impressive Nothing Phone (1) or the recently launched Redmi Note 12 Pro+ 5G?

Let us work that out for you.

Design and appearance: Blend in vs Stand out 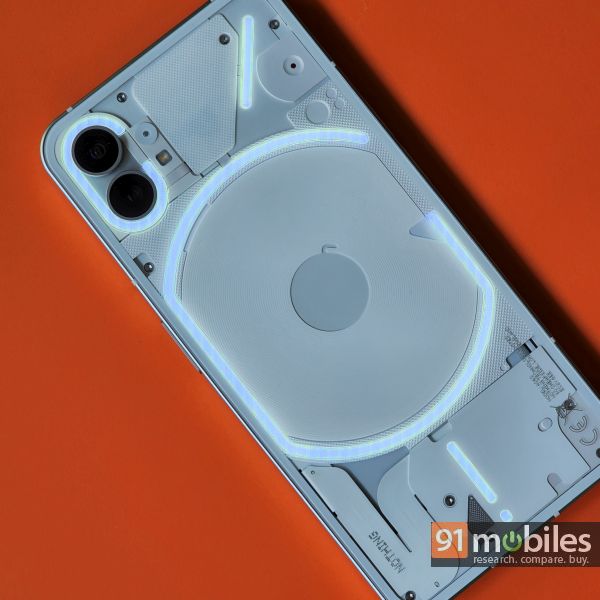 The phones are chalk and cheese in terms of appearance. While the Redmi Note 12 Pro+ sticks to a broadly conventional design, the Nothing Phone (1) is nothing like anything out there (pun unintended). The Redmi Note 12 Pro+ 5G comes with a glass front and back with a slightly shiny curved back, although it does have the straight sides that are becoming popular now. The Phone (1) beats it hands down in the head-turning department with a semi-transparent back with LEDs that light up depending on the notifications and content being played on the phone. The Phone (1) is also more compact in terms of length (159.2mm against 162.9mm) and width (75.8mm against 76.3mm) and also has symmetrical bezels around its display, whereas the Note does have a slight ‘chin.’ If you are looking for a phone with outstanding design that stands out, the Phone (1) is the perfect device. The Redmi Note 12 Pro+ 5G is really for those who worship at the altar of design sameness. 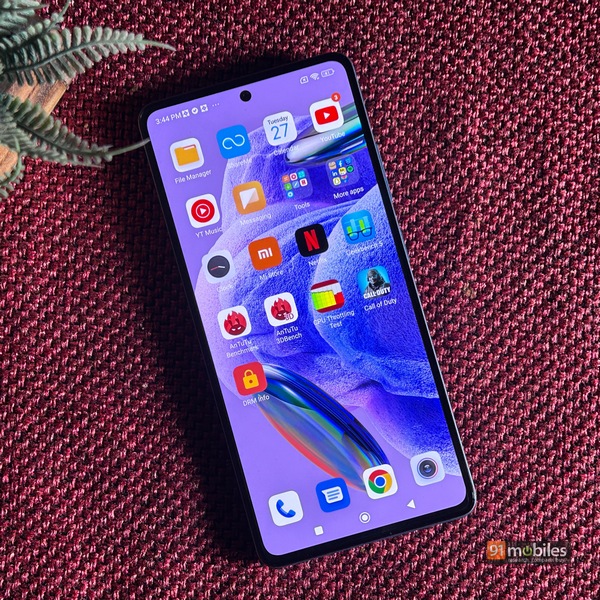 Both phones come with full HD+ AMOLED displays with 120Hz refresh rates, but the Redmi Note 12 Pro+ 5G comes with a slightly larger 6.67-inch display as compared to the 6.55 one on the Phone (1). More importantly, the refresh rate on the Redmi Note’s display adjusts between 30/60/90/120Hz depending on the content played on it while the Phone (1)’s changes between 120Hz or 60Hz. We also found the Redmi Note’s display to be discernibly brighter than the one on the Phone (1), which wins it the round comfortably, although the more symmetrical bezels around the display of the Phone (1) do make a difference in terms of viewing.

Processor and memory: Chipping in and storing 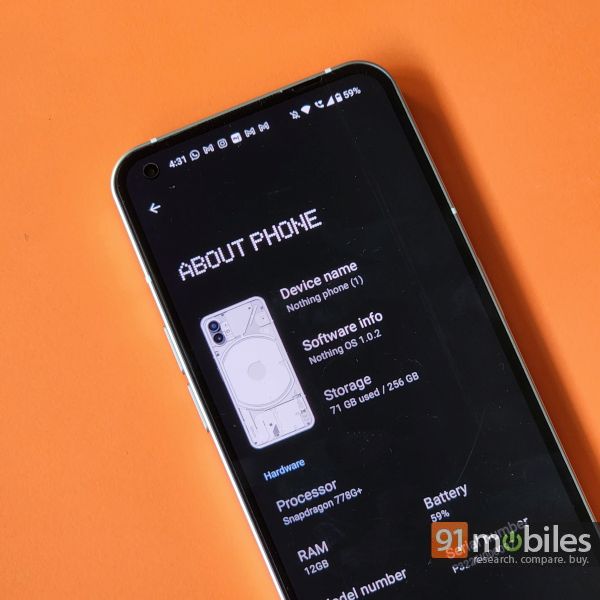 This is a rather interesting one. Although the Redmi Note 12 Pro+ 5G comes with the newer MediaTek Dimensity 1080 chip, it still gets outgunned by the Qualcomm Snapdragon 778+ on the Phone (1). The difference in general performance is not noticeable but get into the benchmark and high-end gaming zone and the Phone (1) clearly pulls away. In terms of RAM, both phones have 8GB and 12GB RAM variants, but in terms of storage, the Phone (1) has 128GB and 256GB options, while the Redmi Note comes with 256GB options on both its variants. The chip wins this one for the Phone (1), but if you are not too heavily into gaming, the 256GB storage of the Redmi Note makes more sense, especially as neither phone comes with expandable storage.

Multimedia and gaming: Sight and sound bells and whistles

A very close battle, this. While the Nothing Phone (1) has a slightly better processor than the Redmi Note 12 Pro+ 5G, enabling it to do better in gaming, the Redmi Note’s larger display and better stereo speakers deliver a far more immersive multimedia experience. The Redmi Note 12 Pro+ 5G also comes with a 3.5mm audio jack, allowing you to use wired headphones with it. Yes, the Glyph UI on the back does add a bit of glitz to the music experience, with LEDs blinking in time with the music, but we are going to call this one for the Redmi Note, thanks to the display and sound. 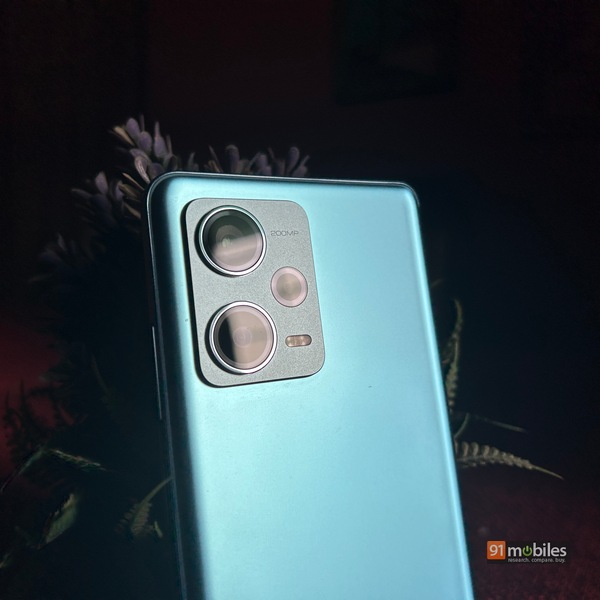 Software: Android with a lot, and almost nothing… 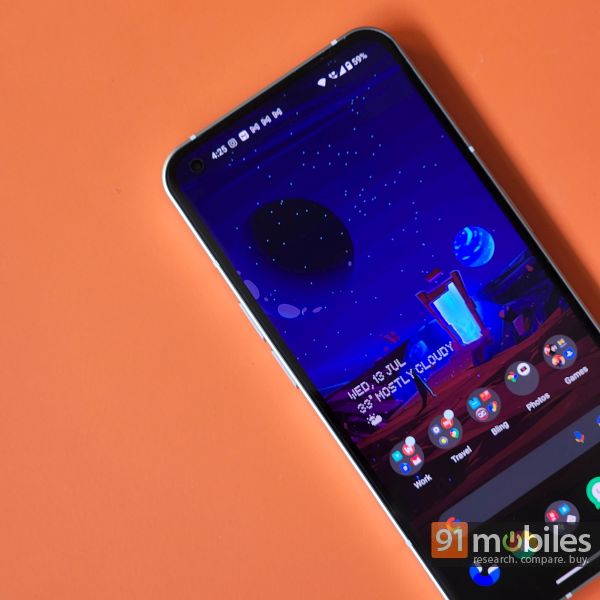 Both phones run on Android 12. And that’s where the similarity between them ends. While the Redmi Note 12 Pro+ 5G comes with the feature-rich MIUI 13 on top of Android, the Nothing Phone (1) is almost stock Android. Those who prefer clean interfaces will prefer the Phone (1) but we suspect mainstream users will welcome the additional features MIUI comes with, especially in the camera and image editing department, where the Phone (1) is rather sparse. On the other hand, the Phone (1) also has the Glyph UI on the back, which sees LEDs light up depending on notifications, and is also in sync with the music playing on the phone, a feature no other phone has. And while both phones run on Android 12, the Phone (1) comes with an assurance of three years of software updates and four years of security updates, as compared to two years of software updates and four years of security updates for the Redmi Note. We like the additional features that MIUI brings to Android, but Nothing has been extremely impressive in terms of releasing updates to its device, and that along with that Glyph UI wins it this round. 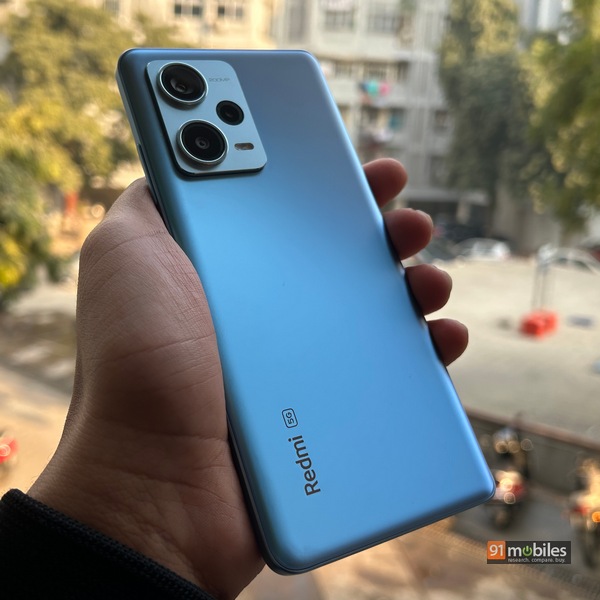 When it comes to day-to-day tasks like Web browsing, messaging, social networking and email, both phones are broadly equally matched. The slightly more compact form factor of the Nothing Phone (1) might make it a little easier to handle for some, but then the larger and brighter display of the Redmi Note 12 Pro+ 5G as well as better sound make it a better device to view content on. We also feel that the fingerprint sensor on the side of the Redmi Note works discernibly quicker than the in-display one on the Nothing Phone (1). Both phones come with 5G so are future-ready, and were equally adept at handling calls. The Glyph UI does make it convenient to keep track of notifications even when it is lying face down, which can be handy for some users. We are calling this one a tie.

Battery life and charging: A need for charging speed…and a charger too! 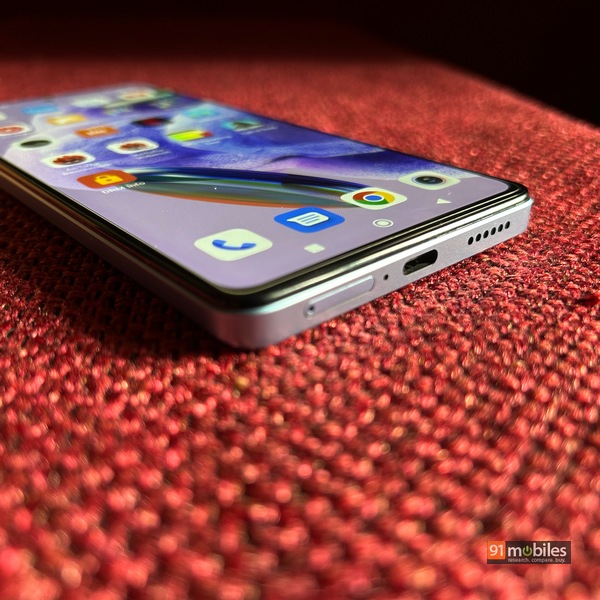 This is pretty one-sided. The Note has a larger 4,980mAh battery as compared to the 4,500mAh one on the Phone (1). The Note also lasts comfortably more than a day of hefty use while one has to be more careful while taking the Phone (1) past a day of usage. The Note, however, wins the charging battle by a mile as it comes with support for 120W charging, while the Nothing Phone (1) has a maximum charging speed of 33W. What’s more, the Redmi Note 12 Pro+ 5G comes with a 120 W charger in the box that charges the phone in about 20-25 minutes, while the Phone (1) has no charger in the box, and even at 33W, takes about 80 minutes to charge. The Phone (1) does come with support for 15W wireless charging and you can even charge devices off its back, but that is not enough to stop the Redmi Note 12 Pro+ 5G taking this round by a mile.

Value for money: Saving those bucks 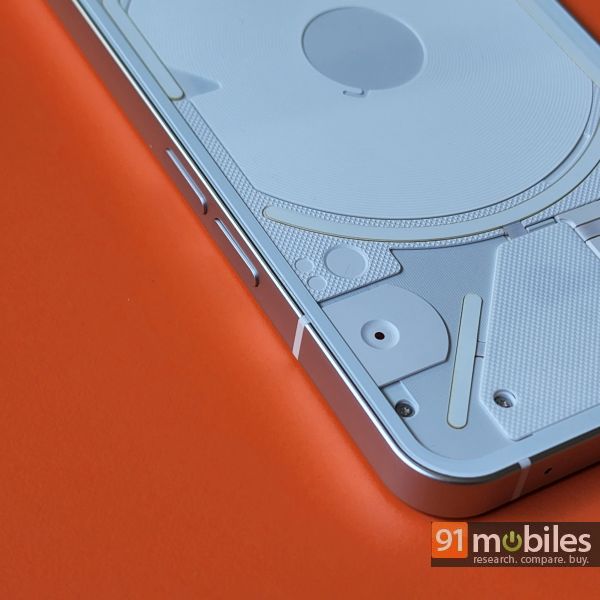 Which one to go for? Note or Nothing? 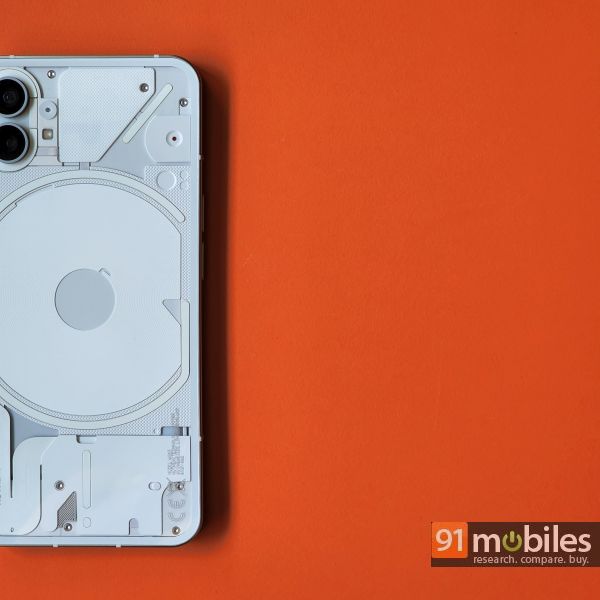 So which of the two is the one for you – the Phone (1) or the super-est SuperNote? It is a cliche, but it really depends on what you are looking for. Those wanting a phone that does everything very well would be more attracted to the Redmi Note 12 Pro+ 5G. The Note pretty much bosses it in the mainstream use departments with a better camera, a brighter display, better sound and a larger and faster charging battery, with a charger in the box as well. However, if you are looking at a phone that stands out in a crowd and looks and works differently, the Nothing Phone (1) wins easily. That semi-transparent back and the Glyph UI interface with LEDs that light up the back in patterns whenever there is a notification still make this the most distinct phone one can see in the market. While the Phone (1) comes with no charger in the box, it does bring wireless charging and a faster processor to the table. Let’s make it simple – if you want to blend in powerfully, the Redmi Note 12 Pro+ 5G is the phone for you, and if you wish to stand out, the Nothing Phone (1) is the chosen one. No matter which one you choose, you will have a lot to be happy about.

Redmi Note 12 Pro Plus vs Xiaomi 11i HyperCharge: is the Redmi phone better?