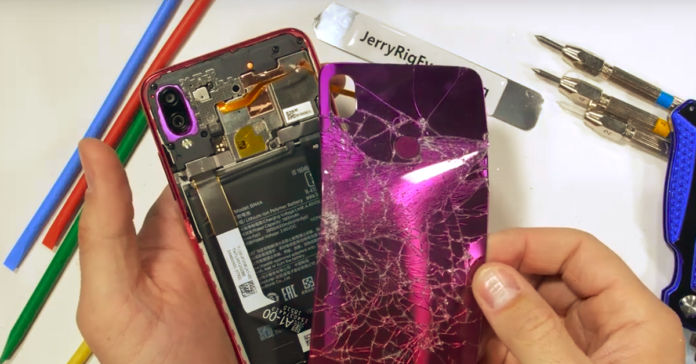 Redmi – Xiaomi‘s newest spun-off brand – is all set to launch its debut handset, Redmi Note 7 (review) in India today. And if you have been crawling the web in the anticipation of knowing what, when and how of the upcoming smartphone, you must have come across marketing posts for the same by Manu Kumar Jain and Lu Weibing, the Redmi president. Weibing was seen testing the smartphone’s durability in a number of extreme ways including being used as a chopping board. Naturally, it piqued the interest of Zack Nelson of JerryRigEverything fame and the end result didn’t turn out to be what Weibing promised.

Nelson starts off the video by giving a history lesson as to how Redmi Note series devices have been a mixed bag of sorts on his channel with Redmi Note 3 failing drastically, while the Redmi Note 5 survived. The chopping board video by Weibing was to highlight the Corning Gorilla Glass 5 on the handset and Nelson’s Moh’s Pick test attested the claim. The smartphone developed scratches at level 6 and deeper groves at level 7, which is standard for Gorilla Glass.

The YouTuber then goes on to test the build against his steel razor revealing the plastic construct of the handset as well as the flimsy plastic layer covering the earpiece above the teardrop notch. The back panel, fingerprint scanner and camera lens were all unscathed against the razor. One interesting revelation that the YouTuber pointed out was that while the SIM tray on Redmi Note 7 comes with a rubber seal, it snapped while ejecting the tray. You might have to be careful while changing or installing your SIM card. 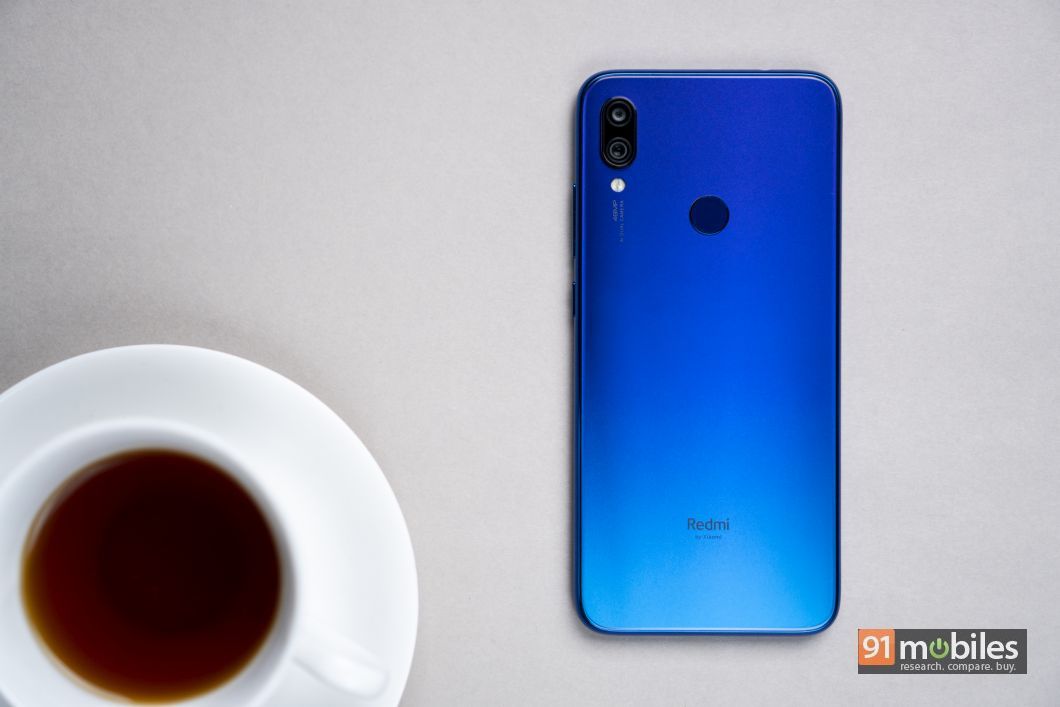 Next up, the 6.3-inch display was tested against the open flame from a gas lighter and lasted all of 9 seconds before the pixels turned black. The pixels recovered quickly when the heat was removed. So far so good, however, the Redmi Note 7 buckles under the pressure (pun intended) of the pressure test. On the very first bend, the phone flexed way more than it should have. In the second push, the smartphone cracks near the power button and SIM tray. The third push was the last straw, rendering the display useless and the fourth bend completely shattered the rear glass panel. Nelson reveals that the chassis has support of a porous metal all around inside, except near the power button and that was what caused the Redmi Note 7 to crack.

While the YouTuber ends the video on a light note saying he put the Redmi Note 7 through a lot of abuse because that’s what he does, he was certainly on point testing the much-hyped durability as marketed by the Redmi President. So there’s that.