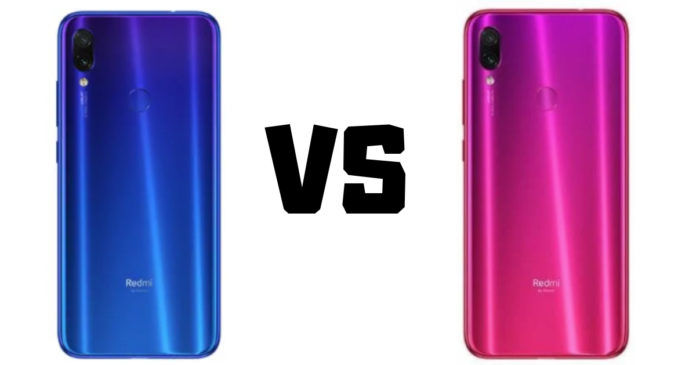 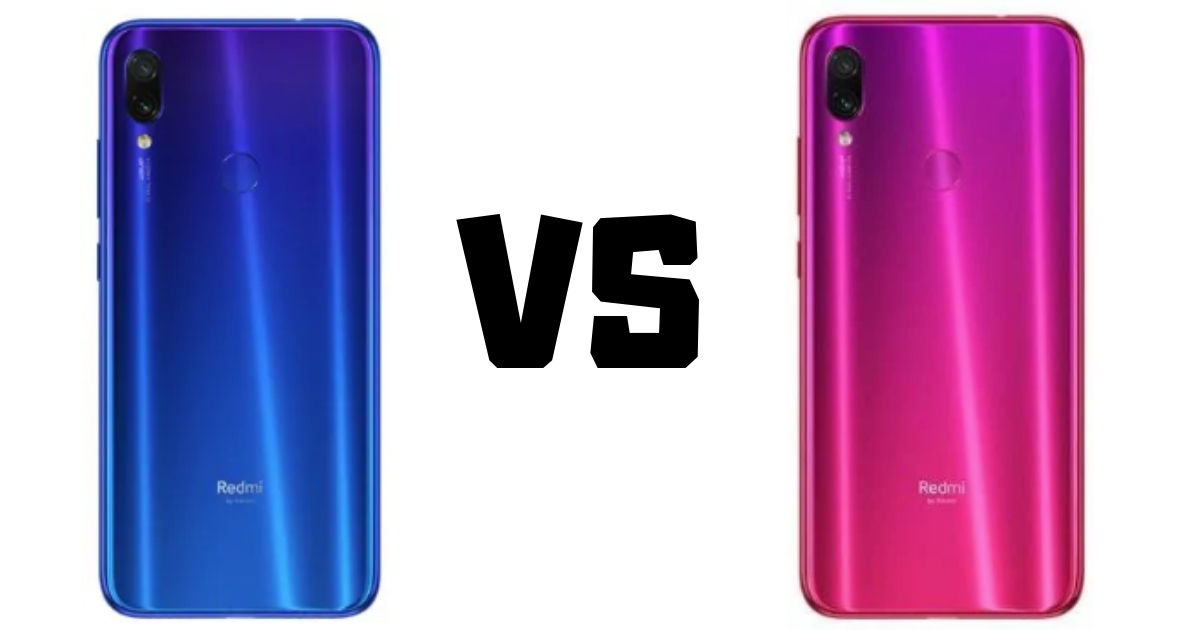 Xiaomi’s Note series smartphones have always been bestsellers in India, which is why there is so much excitement surrounding the launch of the Redmi Note 7 and the Redmi Note 7 Pro. Both are incredibly affordable offerings, equipped with great specs. These two options have been specifically created for India, since the Redmi Note 7 is only sold as one model in China. The whopping 48MP rear camera has been reserved for the Pro model, whereas the other phone gets a low resolution setup. Let us observe what other changes exist between these two handsets.

The two phones look identical to each other and are a match in almost every department. They have been glass backs and plastic frames, but only the Pro model flaunts gradient colours. While the Redmi Note 7 will be sold in black, red and blue colour options, the Note 7 Pro will be available in gradient-based Nebula Red, Neptune Blue and Space Black options. With these phones, Xiaomi has introduced its Dot Notch display, which is the company’s marketing terms for the waterdrop notch. Both the phones feature 6.3-inch IPS LCD panels with 1,080 x 2,340-pixel resolution.

3.5mm jacks and Type-C ports are present on both handsets as are the rear-mounted fingerprint scanners. These new Redmi phones feature dual rear cameras and single front cameras. They come with microSD card slots as well, but these are part of the hybrid tray, which means you can’t use two SIM cards and a microSD card at once. These devices run the Android 9.0 Pie-based MIUI 10 software. This new version of Xiaomi’s proprietary software comes with several changes to the UI and many other new additions.

The Redmi Note 7 comes with the 14nm Snapdragon 660 chipset, which offers a 2.2GHz octa-core processor and an Adreno 512 GPU. Like we said, its memory configurations include 3GB + 32GB and 4GB + 64GB models. The Redmi Note 7 Pro is powered by the far better 11nm Snapdragon 675. This SoC has a 2GHz octa-core processor onboard, apart from an Adreno 612 GPU. Its configurations include 4GB + 64GB and 6GB + 128GB.

The Redmi Note 7 Indian variant ships with a 12MP primary camera and a secondary 2MP depth sensor that will be utilised for portrait mode. The phone has a 13MP selfie camera with face unlock functionality baked in. The Redmi Note 7 Pro, on the other hand, delivers a 48MP main camera and a 5MP depth sensor. The high resolution allows you to digitally zoom into pictures without losing the details. Its sibling’s 13MP selfie camera makes its way onto the Pro model as well. Both the phones feature 4,000mAh batteries that benefit from 18W fast charging.

Rs 13,999 is an incredibly attractive price tag for a phone like the Redmi Note 7 Pro to have. If you’re thinking about buying the Redmi Note 7, consider saving some more cash, and go for the Pro model instead, since it’s quite better in the camera and performance departments.