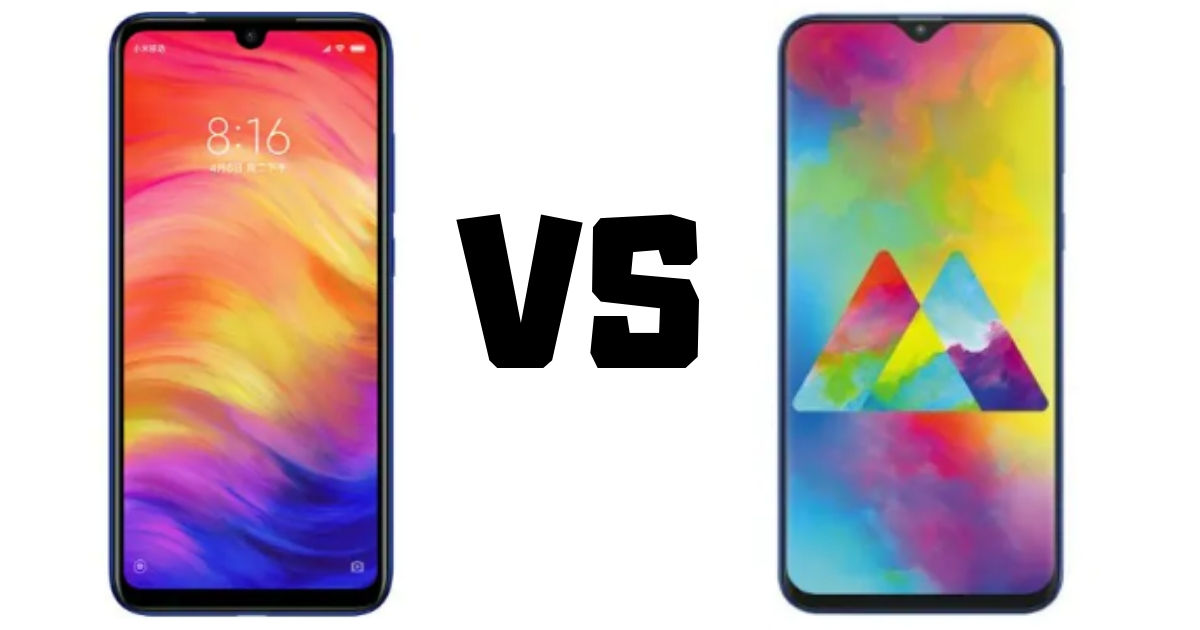 The Redmi Note 7 has finally been launched in India along with its Pro version. Both are extremely alluring smartphones and, as is always the case with Redmi handsets, they are very affordable. But if you’re thinking that Xiaomi has brought the same Redmi Note 7 that’s available in China, you’d be wrong. It has kept the high-res 48MP camera only for the Pro model, while the standard handset gets a 12MP + 2MP setup. That said, all the other specifications of the Indian model are same as those of its Chinese model. We’ll be comparing it today with the recently launched Samsung Galaxy M20 handset, which too is an excellent proposition for those looking for budget phones.

Two variants of the Redmi Note 7 have arrived in the country, one with 3GB of RAM and 32GB of storage and the other with 4GB of RAM and 64GB of storage. While the Redmi Note 7 price in India for the base variant is Rs 9,999, the other costs Rs 11,999. Both the variants will be going on sale via Mi.com, Flipkart and Mi Home stores at 12pm on March 6th. Samsung Galaxy M20 is already available in the market via weekly sales and ships in the same two memory configurations that Xiaomi offers. The Samsung Galaxy M20 prices in India for the 3GB + 32GB and 4GB + 64GB variants are Rs 10,990 and Rs 12,990, respectively.

The Redmi Note 7 grabs a glass rear surface, which has a better feel than the plastic back panel of the Samsung handset. Both the phones feature teardrop notches on their displays, with Xiaomi and Samsung naming them Dot Notch and Infinity U, respectively. The sizes of these panels are also the same, with both getting a 6.3-inch display with a resolution of 1,080 x 2,340 pixels. It must be noted, however, that the Redmi Note 7 features an IPS LCD, whereas the Samsung Galaxy M20 panel is of the TFT type.

3.5mm headphone jacks have been granted to both the handsets, and it’s also great to know that Type-C ports have made their way onto them. Their fingerprint scanners can be spotted on their rear surfaces, alongside their dual camera setups.

Coming to their internals, the Redmi Note 7 runs on a Snapdragon 660 chipset, with a 2.2GHz octa-core application processor and an Adreno 512 GPU. And as for the Samsung Galaxy M20, it carries inside it an Exynos 7904 chipset bearing a 1.8GHz octa-core processor and a Mali-G71 MP2 GPU. Like we said before, both the phones are being offered in 3GB + 32GB and 4GB + 64GB memory options. And they of course come with microSD card slots.

The Redmi Note 7 Indian variant has been equipped with a 12MP main camera and a 2MP depth sensor. This allows it to offer basic portrait effects. The front camera on this smartphone is a 13MP unit. Both the cameras feature the regular list of AI features, like every other phone these days. With the M20 too, you get dual rear cameras, with a 13MP primary shooter and a 5MP unit. What’s different is that the secondary camera can also be used to access an ultra-wide angle mode, aside from a portrait mode. This phone’s front camera is 8MP in resolution.

Both these phones come with big batteries in tow. The Redmi Note 7 battery capacity is 4,000mAh, whereas the Samsung Galaxy M20 gets a 5,000mAh cell. The Xiaomi device, however, is a faster charging phone thanks to its support for 18W fast charging. The M20 can be charged at 15W.

Samsung introduced the M series in India to specifically counter the onslaught of devices like the Redmi Note 7, so this particular fight is going to be an incredibly interesting one.