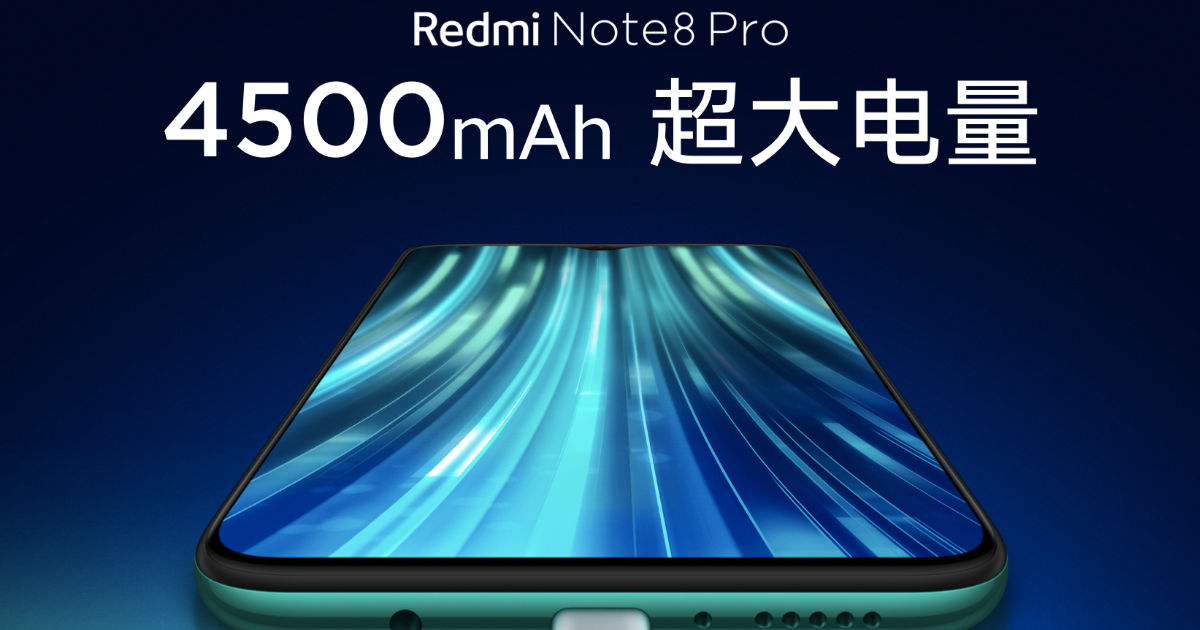 “The Redmi Note 8 Pro battery capacity will be 12.5 percent bigger than that of its predecessor”

Furthermore, Lu Weibing revealed that the liquid cooling tech on Redmi Note 8 Pro will reduce the processor temperature by 4-6 degrees. The tech will come in copper tube that runs through the processor and power management chip. Separately, the company confirms the Redmi Note 8 Pro will come with an anti-lock game antenna feature that will ensure there’s no loss of signal while playing games in different orientations and a gamepad. The gamepad seems to be similar to the Bluetooth-enabled gamepad that was launched for the Redmi K20 series in China.

The Redmi Note 8 Pro will come with a quad-camera setup with a whopping 64-megapixel primary sensor, 25x zoom, and 8K video recording capabilities. The fascia of the handset is tipped to feature a waterdrop-style notch display. The phone will be powered by MediaTek’s latest gaming SoC Helio G90T that has HyperEngine game technology for an improved gaming experience. The AnTuTu score has revealed that the Redmi Note 8 Pro performance will be better than the Redmi K20 smartphone. There will be a regular Redmi Note 8 smartphone as well, which likely to feature a 48MP primary sensor in a quad camera setup. Both the phones should run on Android 9.0 Pie with MIUI 10 out of the box and support IR blaster and NFC.

We expect to learn more details of the Redmi Note 8 series when it goes official on August 29th at an event in China. The company is also slated to launch its first smart TV with Redmi branding on the day so stay tuned for all the updates.