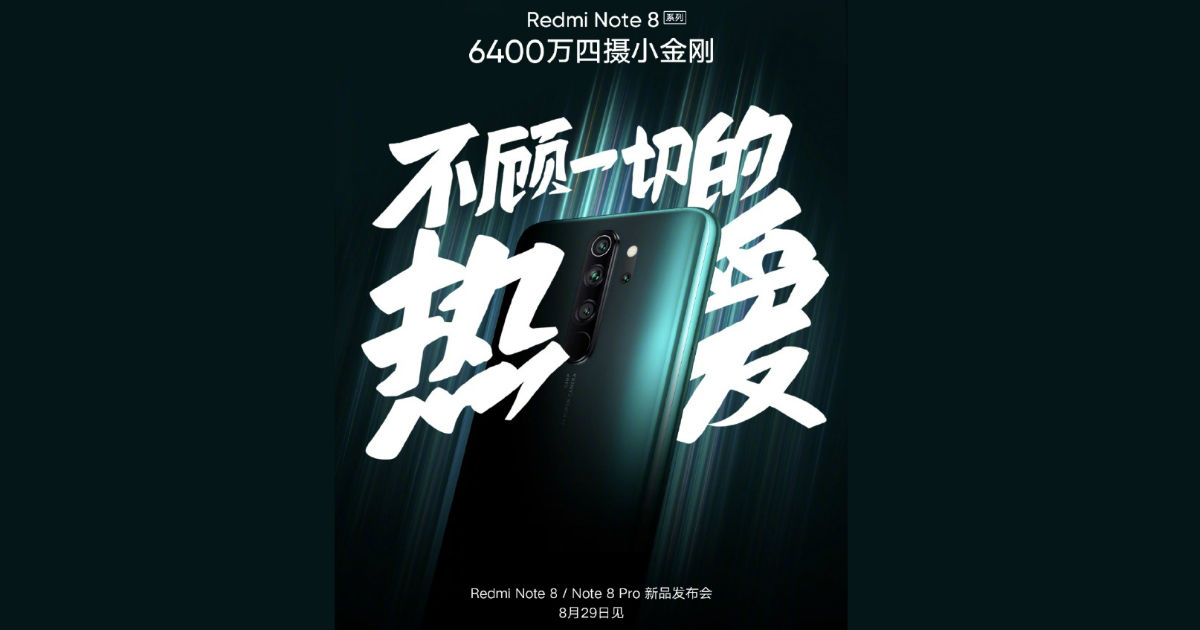 The Redmi Note 8 Pro smartphone with 64MP camera is slated to launch on August 29th in China. Ahead of the release, Redmi’s Vice President Lu Weibing has shared the AnTuTu benchmark score of the Redmi Note 8 Pro, which will be powered by the MediaTek Helio G90T chipset. The handset scores impressive 2,83,333 points, which is higher than the Antutu score of Redmi K20 smartphone. The latter is powered by Qualcomm’s mid-range Snapdragon 730 mobile platform, which according to AnTuTu tests we conducted, managed to score 2,09,539 points. The Helio G90T is the latest chipset from MediaTek — aided by HyperEngine game technology for an improved gaming experience.

Having said that, the MediaTek Helio G90T SoC falls short to beat HiSilicon Kirin 810 SoC. It’s the latest chipset from Huawei and scored 3,01,149 points on the benchmarking site, according to the image shared by Redmi. So far, there are only two smartphones that are powered by Kirin 810 — Huawei Nova 5 series and Honor 9X series.

The Redmi Note 8 Pro could be the world’s first smartphone with Samsung’s ISOCELL Bright GW1 sensor with a whopping 64-megapixel sensor. The handset will have a quad-camera setup at the back that is touted to offer 25x zoom, video recording at 8K resolution (9248×6936 pixels), and 34 percent more optical information than the 48-megapixel sensor. The phone is also said to pack a rear-mounted fingerprint scanner, 18W fast-charging support, and liquid cooling to dissipate heat while gaming.

Apart from this, the Redmi Note 8 Pro is expected to come with a teardrop notch and accompanied by regular Redmi Note 8 smartphone that’ll sport a 48MP primary sensor. Both the phones should run on Android 9.0 Pie with MIUI 10 out of the box. That’s all the information we can divulge at the moment.