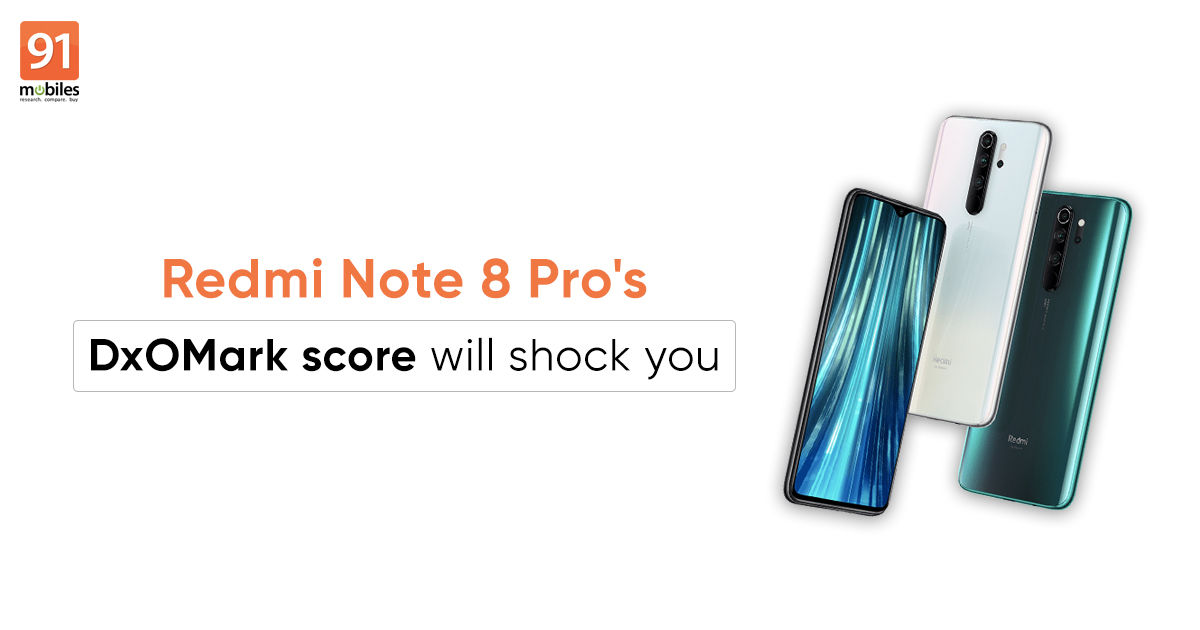 Xiaomi’s latest mid-range smartphone, the Redmi Note 8 Pro, has received a mediocre score of 84 points in the DxOMark smartphone camera test. The Note 8 Pro features a quad-rear camera setup, which includes a 64-megapixel 1/1.7-inch sensor with f/1.9 aperture, an 8-megapixel ultra-wide sensor, and dual 2-megapixel sensors for depth and macro. The rear camera is also capable of recording 4K videos at 30 frames per second. Despite all these impressive hardware features, the phone ranked below affordable phones such as the Samsung Galaxy A50, the Moto One Zoom, and the Xiaomi Black Shark 2.

The Redmi Note 8 Pro garnered a score of 87 points in the Photo test. It performed quite well in the autofocus, bokeh, and the target exposure(in low-light using flash) tests. However, the tests revealed that the high-resolution 64-megapixel sensor didn’t really show fine details in images. The details were worse in indoor lighting conditions. The folks at DxOMark also revealed that the dynamic range is limited and it resulted in highlight clipping while taking photos of high-contrast scenes.

Other issues such as hue shifts, lack of details in zoomed photos, bad dynamic range and low detail in the ultra-wide sensor, etc, also led to the average photo score. The phone also didn’t perform great in the video tests. It scored 78 points, which put it at the lower end of DxOMark’s list. The target exposure was good while recording videos outdoors or in good lighting. The colours were vivid and the video stabilisation was also good when the device was held still.

Unfortunately, the video recordings taken on the Redmi Note 8 Pro also suffered for inconsistent white balance and exposure. The videos also showed stepping and had limited dynamic range. In high-contrast scenes, the video consisted of highlight clipping. Although the phone can record in 4K at 30FPS, the details were low and there was plenty of noise. However, the Redmi Note 8 Pro is a budget smartphone, and for the price, it produces good enough images and videos. You can check out the full review by DxOMark at the source link.