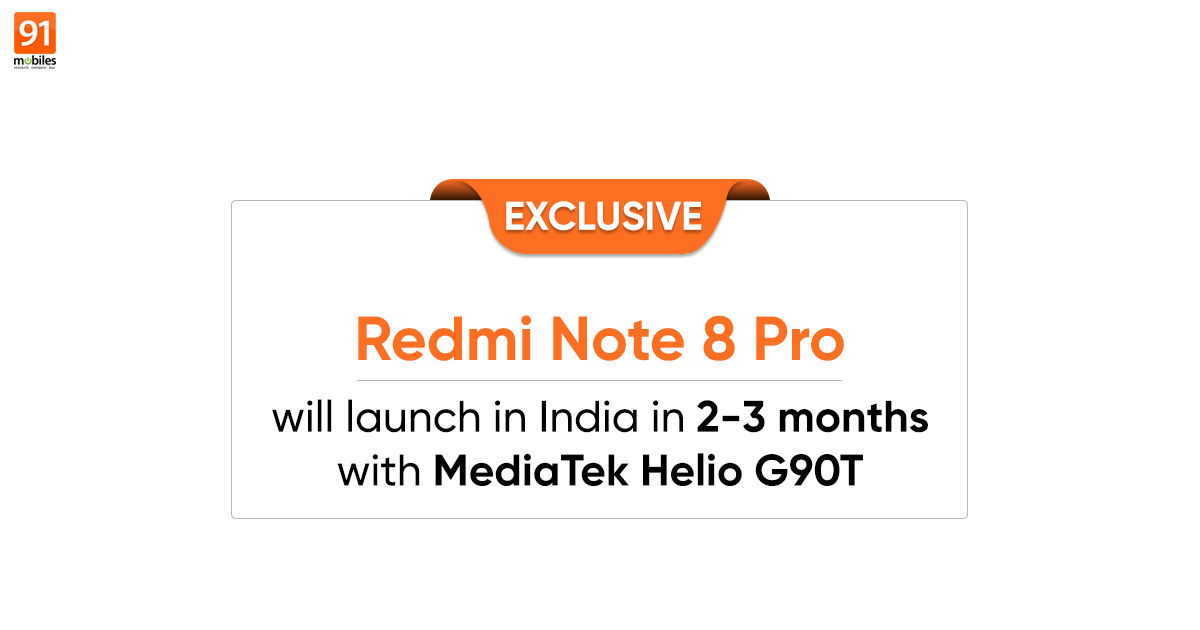 When asked about Redmi Note 8 Pro India launch plans, Weibing answered that the brand is indeed working towards an India launch but fans in the country will have to wait 2-3 months. This would mean the handset may arrive here in October or November. This delay of as many as 3 months will be a stark contrast to the Redmi Note 7 series, which was unveiled in China in January and hit the Indian market in February 2019. In fact, the Redmi Note 7 Pro was first launched in India, before making its China debut. Weibing also confirmed the new Note 8 Pro will be launched in India with the MediaTek Helio G90T processor, the same as China.

Realme, with its Realme XT (first impressions) smartphone, is hot on Redmi’s heels. Just yesterday it stole Redmi’s thunder by revealing the Realme XT specifications, complete with the 64MP primary rear sensor. It has also teased it will unveil the XT smartphone in India in September-end and release it in the country before Diwali.

Redmi Note 8 Pro specifications include a 6.53-inch display with full-HD+ resolution, 2GHz octa-core MediaTek Helio G90T gaming processor, and MIUI 10 custom skin. The handset’s highlight is the 64MP primary sensor on the back, which is supported by an 8MP ultra-wide angle sensor with 120-degree field-of-view, 2MP depth of field sensor, and 2MP macro lens. Compared to the 48MP sensor that is fast becoming commonplace, the 64MP lens is said to capture 34 percent more optical information; it also offers 25x zoom and video recording up to at 8K resolution. In the front is a 20MP selfie snapper. A large 4,500mAh battery with 18W fast-charging support powers the smartphone.

The Redmi Note 8, on the other hand, has a 48MP primary sensor, backed by the same 8MP + 2MP + 2MP setup on the back. In the front, it has a 13MP selfie camera. Powering the handset is the Snapdragon 665 processor. The remaining specifications include a 6.53-inch display, MIUI 10 OS, and 4,000mAh battery with 18W support.